On October 7, 2017 I received a letter from Veterans Administration (VA) E. Douglas Bradshaw, Chief Counsel, Torts & Administrative Law dated October 16, 2015. This letter was a surprise for two reasons. First, Bradshaw’s letter appeared to be a response letter even though I had never written to Bradshaw and second, the letter was dated nearly two years before the date-stamp on the envelope (October 4, 2017) in which the letter arrived to my house.

In new letter from Bradshaw dated Dec 18, 2017 he claims to not understand how that happened and based on what he wrote and how he worded it, apparently, he is blaming me for the error. Is this just more of the VA’s continuing harassment to deny payments to disabled Veterans? 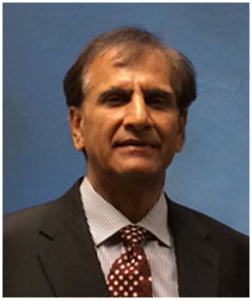 In August 2013 I was in a vehicle accident. My VA doctor at that time was Digpal Chauhan (Picture) at McClellan VA Medical Hospital. He treated me for a cough for about four months after the accident with cough syrup and pills. The treatment lasted until the end of the year 2013.

Chauhan told me and my wife that he was a “lung expert” and went on to say he was also a “brain expert” and that I had mental problems, not physical ones.

Four (4) days after those comments in his office I died at home on January 13, 2014. My wife gave me CPR and brought me back to life. She then took me to the VA hospital at Mather, CA. It was found that I had blood clots in both lungs and heart failure which had been ongoing during the time Chauhan had been treating me for a cough. I developed a bleed from the IV blood thinners which covered the entire right side of my body and it was determined that I would require surgery to insert a blood filter.

The surgery could not be performed at Mather so I was put in an ambulance and transported to David Grant Hospital at Travis Air Force Base where I was operated on. I spent two weeks in the hospital where I almost died again. All because I had large blood clots in both lungs and heart failure. Not just the simple cough that I was being treated for.

There are four VA officials who have told me that Chauhan was forced to resign much later as a result of what he had done to me and to other Veterans.

My fight with VA Attorney Suzanne Will who denied my tort claim has been ongoing for years as she has lied to me several times and appearances clearly show she had been protecting Chauhan and that is provable. She like Chauhan has resigned from the VA, with the reason yet to be explained. In a letter I received from Will dated September 29, 2014 she states, “Our review did not find any negligent or wrongful act or omission on the part of a Department of VA employee acting within the scope of his or her employment that resulted in harm to you as a result of treatment by the VA Northern California Health Care System.”

There are other Veterans whose cases are similar to mine. One of those is that of 68 year old Vietnam Veteran John Porter when he accepted a settlement from the VA for $550,000 as a result of a VA doctor misdiagnosing his heart treatment three years earlier. This case is just one more case that the VA denies it was an error by a VA doctor.

The following letter was sent to E. Douglas Bradshaw by me on November 22, 2017.

RE: The letter received from your office dated, October 16, 2015 which arrived in an envelope with U.S.P.S. Mail date stamp of October 4th 2017, referencing the retired VA Secretary Bob McDonald, Suzanne Will and Mary Bell. 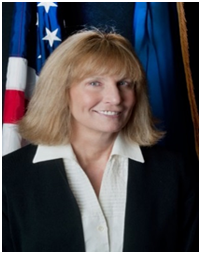 As a result of all of what follows, in the middle of August, 2017 I had a complete mental and physical breakdown. With my continual disgust and frustration of VA Attorney Suzanne Will, Ret (see photo below) of San Francisco who falsely stated that her office had completed a thorough investigation of my case (which was later change to a review) and the recent death of my service dog “Thatcher,” I was/am no longer able to deal with all of these issues. My desire for all the truth to be shown has become more than a very serious issue in what is left of my life. I am not willing to allow the lies and secrecy by VA personnel to continue. I feel that I have no choice but to continue my fight with the VA and to expose VA Attorney Suzanne Will (Ret) to prove she is a liar, perjurer and how her lies have impacted my life and that of my wife Julie who is also an Air Force Veteran with a 100% disability. We should not be going through all of this at a time where we should be living in peace.

I have spent part of my life as a deputy sheriff and in addition I was connected to federal law enforcement agencies in three countries, I have also been a private investigator for eight years; I have investigated medical malpractice and many cases involving drug dealers as an undercover operative. As a former police officer I know what an investigation is and any investigation includes interviewing witnesses. None of my witnesses were ever interviewed. Instead the lies prevail.

I died at home for five minutes. My wife gave me CPR and was successful in resuscitating me. This happened just four days after Dr. Digpal Chauhan (my primary care physician at the time) told my wife and myself that he was a “Lung Expert” and a “Brain Expert” and that I did not have anything physically wrong, but that I had a mental problem. I then spent two weeks in the hospital. It turned out I had blood clots in both lungs and heart failure.

I was in a wheelchair, a walker and on oxygen during the time you refer to in your letter and could not walk without a walker so I remember very little and I could not accomplish anything related to my Tort claim. To this day I still cannot walk properly and my PTSD is almost out of control as a result of my anger. Additionally, I was not advised that I had a right to file a Tort claim nor of the time deadline needed to file the Tort claim. Please find enclosed a copy of the narrative of these events written by my wife.

In the enclosed VA story, Dr. Phillip J. Eulie, Chief of Staff for the Northern California VA system told me in a legally recorded conversation during the first week of July 2015 in a VA public meeting when I asked him, “When are you going to do something about Chauhan?” The immediate response from Eulie was, “In two weeks you will be very happy, we listened to you regarding your complaint, we investigated the complaint and we have done something about it, you will be very, very happy with the results.” A second VA official at Mather VA Medical Center immediately substantiated the previous statement. Since then there are three additional VA personnel who have also told me that Dr. Chauhan was told he would be fired if he did not resign.

The current VA actions/inactions have been extremely devastating to my mental health and my PTSD is distressing to my wife and myself. I do have a lot planned in order to accomplish my goals and I am not going to quit. I am hoping for a national news story.

I am strongly requesting that you will re-evaluate my Tort claim and compensate me for all my pain and suffering as a result of Chauhan and I am gone. Please understand, I have had VA care for many years and until this happened I can only praise the help I have had and continue to have from VA doctors.

I have received over 1,000 Emails from other Veterans and many have the same story related to the VA. Sadly my case is but one of these stories and it reflects what others have stated. Thank you in advance for your attention to my situation.

Cc: I sent a copy of this story to the following. I listed their phone numbers should anyone have the desire to interview them about what has been said in this article.

Senator Jon Tester – “When I became Ranking Member of the Veterans’ Affairs Committee in January [2017] promised to put politics aside and get things done for our veterans. Almost 12 months later, I’m very proud that our committee has become a case study”…

As a result of my book Walking On The Edge, I was asked to testify at a Congressional Hearing on June 9, 1998 sponsored by the House of Representatives Judiciary Committee, Subcommittee on Crime in the Matter of Ecoterrorism. I then wrote the book, “Burning Rage – The growing Anger Within My Country”

Mr. Clausen’s new booklet: [Kindle Edition] is available at Amazon.Com. Clausen’s newest book will be released in 2018 “Last One Left Alive – Sharing CIA Secrets.” As a result of one of his investigations into the Unabomber (Theodore John “Ted” Kaczynski, an American anarchist and serial murderer) case Mr. Clausen has been a guest on over 250 U.S. and Canadian radio talk shows and TV news shows including ABC, CBS, NBC and repeatedly on FOX News.

Mr. Clausen’s information has been translated and used by publications in many foreign countries including Japan, Ireland, England, Turkey, Germany, France and Chile. A film crew from Danish TV-2 flew to Seattle to interview Mr. Clausen for a television documentary about international and U.S. extremist organizations. The documentary, A MAN IN THE RAINBOW, was subsequently aired in several European countries.

Another booklet is, VA Exposed –
Incompetent VA Officials Nation
Wide Don’t Care About ill Veterans.
They Cover For Their Lack of Actions by
Ignoring Complaints and Telling Lies.