Residents of Tijuana faced off with caravan migrants last night as police tried to intervene. The Tijuana residents wanted the caravan to turn back but the caravan was determined to get to the US border.

Both groups got into it over the caravan wanting to cross through their town. The citizens of Tijuana have worked hard to make a safe and prosperous city for themselves and they did not want caravan members there to ruin what they’ve built.

A huge crowd gathered together to stop the caravan members from getting off their buses and their efforts paid off!

Mainstream media only covered the caravan, but they did not mention the group of Tijuana protesters who did not want the caravan immigrants in their city.

It is reported that the Police are standing down, there was even rock throwing during the protest, but police did nothing.

A part of the media narrative of the Central American caravan to the U.S. border is the treatment of the Lesbian/Gay/Bisexual/Transsexual community by their fellow “asylum seekers.” In fact, LGBT’s are being segregated from the other immigrants on their long trip to the Mexican-American border, which is now protected by about 15,000 Border Patrol agents and about 5,200 National Guard and U.S. Army troops. 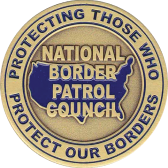 While several thousand Central American immigrants are working their way north towards Tijuana, about 80 people from the LGBT community are already in the northern Mexican city, according to a police intelligence source.

The now separated group says their travel was paid for by an anonymous organization after they were discriminated against by people in the caravan, according to NBC News in San Diego, California.  They are currently resting in the city before they make their way to the port of entry in San Ysidro or Otay Mesa to request asylum.

“Very happy, truthfully, grateful to God especially because he has given us the opportunity to be here,” Nehemías de León, who arrived in Tijuana with his boyfriend.

“I think to do bad, you don’t have to migrate to another country. You just stay where you are,” de León added. “But I think we’re going for a better life. We want to work. We want to be what we’ve always been — honorable people.”

Another member of the immigrant LGBT community, César Mejía, told American reporters: “Even to bathe was a big problem, and when we wanted to shower there was no water … same with food.”

Caravan leaders said that almost 6,000 of those immigrants were departing Sunday morning. The size of the leading caravan seems to have grown since the group was in Mexico City for several days, raising the possibility that other migrants from trailing groups have joined the main caravan.  In the U.S. they will likely be greeted by U.S. law enforcement and military personnel who have been busy installing barbed wire along the porous borders of Texas, Arizona, New Mexico and California.

The American people are being subjected by the news media to disingenuous coverage of the now infamous “immigrants caravan” originating in Central American nations such as Honduras, El Salvador and Guatamala. A top intelligence agency founder and owner Dr. Lyle Rapacki has investigated the true events occurring in Mexico with regard to not one but three U.S.-bound caravans of “asylum seekers.” (After reading this in depth report, please view video below.)

“I was informed the main caravan containing thus far the largest numbers of people traveling north to the U.S./Mexican Border has stopped in Oaxaca, Mexico.  Approximately 10,000 people are now in some form of holding in the aforesaid State of Mexico – Oaxaca,” reports Lyle Rapacki, Ph.D., owner of the private security firm Sentinel Intelligence Services, LLC.

However, there are two smaller caravans totaling about 5,000 men, women and children — mostly adult males — that are about 36-hours behind the main caravan.

It is unknown at the time of this report what kinds of shelter and/or temporary housing the main caravan has available.  Approximately 80% of the total people marching north are males in the age range of 16-40.

There are women and children, but that population group is a significant minority.  Severe infighting and hostile acts within the caravan have caused approximately 4,000 to turn back by buses brought in by the Mexican Government.  Said males in the caravan are extremely arrogant and angry, having already shown on video angry and hostile acts and hostile chants to law enforcement and anyone in authority.

From interviews conducted in this caravan, the males come from: Bangladesh, the Congo, Guatemala, Venezuela, Honduras, Mexico, Sri Lanka, and even Cuban Nationalists.  Guatemalan authorities detained and identified one hundred (100) ISIS Members at their border prior to entrance into Mexico.  The males in the main caravan have NO interest in seeking jobs or a better life in America, they are clearly agitators and hostile, and view America as a force to collapse.

It appears the Mexican Government has stopped all forms of reliable transportation to pick-up and transport north this caravan. 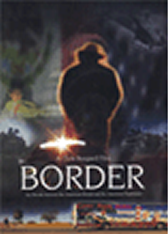 Mexican Federal Police and military have engaged the caravan, and likewise, have sent the order that mass transportation will not be permitted except to move southward out of Mexico.  It appears the incoming President of Mexico is joining Guatemala becoming a closer ally with America and President Trump.  The verified stoppage of the caravan is significant news, but a waiting game now commences to learn what steps will be next.

Commencing tomorrow morning, an aviation asset that has come forward to work with Dr. Rapacki and will begin flying over the Oaxaca area now known to be holding this large caravan.  The pilot will be flying a Beechcraft King Air 250 with retractable gear; twin turbo props engines, and 4 blade constant speed props.  Cruising speed of 330+ knots with fully loaded sophisticated electronics including duel navigation and communication radios.

“Overflight will be at 5,000 ft with crystal clear weather reported, and lower if needed.  Further identification and specific information is being sought.  Mentioned below are three (3) map sites you might find of use and interest,” said Dr. Rapacki in an email to NewsWithViews.com.