Who Makes The Law Of The Land 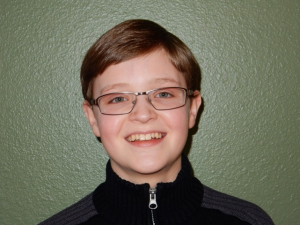 [NOTE: Jacob Schulz is an 8th-grade homeschooled student interested in American government. He will be giving this speech at the 4-H communication arts contest.]

Article I, Section 1 of the constitution states: “All legislative power [law-making power] herein granted shall be vested in a Congress of the United States[.]”

According to our constitution then, all laws are made in the congress. This is how:

III. It is sent to a committee.

VII. It is sent to the other house.

Now how many of you believe presidential executive orders are the law of the land?

Remember that word all? “All legislative power…shall be vested in a congress.” That leaves no law-making power leftover for the president. His executive orders are for the sole purpose of enforcing the constitution as prescribed in Article II Section 3 “He shall take care that the laws (made by Congress) be faithfully executed.” Again I say, the president’s role in the government is to preserve and protect the constitution and to enforce, not make, our country’s laws.

Suppose the president issued an executive order that all Americans had to worship at a Lutheran church. Not only is there no such law passed by congress, but that executive order is a blatant violation of the first amendment, which states “Congress shall make no law respecting an establishment of religion or prohibiting the free exercise thereof.”  Since this executive order is not enforcing a law, but trying to make a new one, and because this order would violate the first amendment and deprive citizens of their treasured freedom to worship as they please, the president is overstepping his constitutional bounds, and the order should be struck down.

On the other hand, suppose a president made an executive order restricting immigration from certain countries.  Article IV Section 4 states that the executive branch shall: “Protect each of them [the states] from invasion.” In addition, Congress has passed a statutory law stating:

This order to restrict immigration is therefore perfectly legal. Some may disagree with it, but it is still very much in line with the president’s first and foremost duty, to protect the American people by enforcing the constitution and the laws of congress.

Finally, how many of you still believe that Supreme Court decisions are the law of the land? Again I remind you, the first sentence of the constitution vests ALL legislative powers in a congress. That leaves nothing left for the Supreme court. The Supreme Court’s  function is to discover and apply the constitution and the laws of congress to the cases brought before them, and to strike down laws that violate the constitution. They are not to judge based on their personal bias. They are to judge based on the Constitution. Moreover, they have no jurisdiction unless a case is appealed to them. Even then, their opinions apply only to the case on which they have ruled–not to the entire country. Their opinions are not law!

Consider this, in 1857, Chief Justice Roger Taney ruled in Dredd Scott v. Sanford that African Americans had no rights which white men were bound to respect. In 1927, Justice Oliver Wendell Holmes ruled in Buck v. Bell that mentally disabled women could be sterilized “for the protection and health of the State.”

Dredd Scott and Buck v. Bell have never been overturned. If Supreme court decisions carry the force of law, then why do African Americans have rights, and why aren’t we forcibly sterilizing every intellectually disabled woman? The answer is this: the Supreme Court does not make laws. Their decisions do not need to be overturned. They are just opinions. They are not law, and can be ignored as we have been rightly ignoring Dredd Scott and Buck v. Bell for decades.

When the president makes executive orders not to enforce the law, but to make new laws, he is overstepping his constitutional bounds. When he refuses to enforce laws that Congress has made, he is neglecting his duties.

When Congress neglects to exercise their constitutional power of impeachment against those who break the law, or when they won’t compromise across party lines in order to pass good legislation, they are neglecting their duties.

The president doesn’t make laws, he can only enforce them. The Supreme court doesn’t make laws, it can only discover and apply them. Only Congress makes laws. Executive orders are to enforce the laws; Supreme Court decisions are opinions about the laws; but Congress, and Congress alone holds the law-making authority in the United States of America.

Learn more about your Constitution with Jacob Schulz and the Institute on the Constitution and receive your free gift.

About the Author: Jake Macaulay