Given the American Intelligence Agencies extensive campaign, led by Obama appointees still serving in those agencies, to discredit Donald Trump’s election and destabilize his Presidency, I have always believed that the President’s appointee as the Director of Central Intelligence would be crucial. 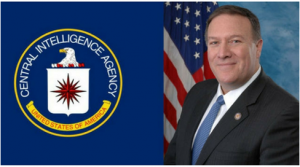 High level officials in the CIA have systematically claimed in leaks they are in possession of evidence collected in surveillance of several Trump associates which proves that there was active collusion with the Russian State to aid the election of Donald Trump. To date they have publicly produced no such evidence.

Intelligence sources told the New York Times that the agencies were in possession of emails and records of financial transactions which would prove this treason. On January 30, 2017, the New York Times expanded this claim to include the possession of transcripts of intercepted telephone calls by the so-all Trump associates. These same sources leaked the fact that General Flynn was also under surveillance after he had been designated as the President’s National Security Advisor. Again, they have produced no such evidence but the main stream media give great credence to this lie.

Not surprisingly, the vaunted 17 Intelligence Agencies still riddled with Obama appointees has produced no hard evidence whatsoever of Russian collusion with the Trump campaign. What we have had instead is a trail of deception, lies and disinformation – so very typical of the agency based on its entire history.

The Intelligence agencies continue to insist that Julian Assange is an active Russian Agent and that Wikileaks is a Russian controlled asset. The agencies have no hard proof of this claim whatsoever. Assange has said repeatedly that he is affiliated with no nation state but the Intelligence Agencies continue to insist that he is under Russian control because it fits the narrative in which they must produce some evidence of Russian interference in our election because they used this charge to legally justify and rationalize the surveillance of Trump aides, myself included.

The actions of Susan Rice now make it clear that surveillance of Trump associates was conducted solely for political purposes, an illegal and egregious abuse of power which could ultimately ensnare the entire front-line of Obama’s administration leading to the inevitable question of “what did the President know and when did he know it?”

Sadly, Donald Trump’s appointee of Director of Central Intelligence has clearly been conned by the Neo Con careerists at the CIA. Former Congressman Mike Pompeo was appointed at the behest of Vice President Pence who was friendly with Pompeo in the house. While Mr. Pompeo is a Harvard lawyer, his training at West Point was in mechanical engineering. Although he served on the House Permanent Select Committee on Intelligence at no time has he expressed any concern about the CIA’s sorry track record of insisting that there were weapons of mass destruction in Iraq, that prisoners of war are not being tortured at Abu Ghraib prison, that the United States was farming terrorists out to 3rd party countries which utilized torture in a practice called rendition, that our mission in Benghazi was attacked by a mob whipped into a frenzy by an anti-Islamic video shown in Turkey, as well as the Intelligence agencies role in the collection of metadata on millions of Americans in violation of the US Constitution. 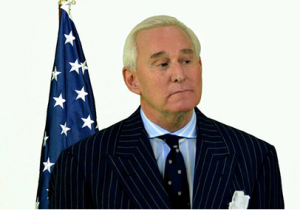 President Donald Trump said on Oct, 10, 2016 “I love Wikileaks” and Pompeo who previously had praised the whistleblowing operation now called Wikileaks “a non-state hostile Intelligence service often abetted by state actors like Russia”.  Mr. Pompeo must be pressed to immediately release any evidence he has that proves these statements. If he cannot do so, the President should discharge him.

My sources continue to insist that former CIA Director John Brennan, who served both under President George W. Bush and Barrack Obama continues to direct the campaign of CIA leaks designed to destabilize President Trump. Brennan who refused to be sworn into office as CIA Director on a Bible is a convert to Wahhabism, the most radical form of Islam. Brennan, whose Wikipedia biography details his activism in the US Communist Party when the party was advocating the violent overthrow of the US Government is fluent in Khaleege and was ‘flipped” when he was the Riyadh Station Chief.

Although, MSNBC talking head Ari Melber tried to deny Brennan’s conversion to the extremist sect at least three CIA alum who served with Brennan when he was the Station Chief in Riyadh had direct knowledge of his conversion and his treason.

The left has tried to falsely say that I knew about Wikileaks hacking of Clinton Campaign Chairman’s John Podesta’s emails in advance as well as claiming that I had substantially more information about Wikileaks ultimate release of devastating documents in October 2016 (which proved epic corruption and cover-up as well as Hillary Clinton’s active personal involvement in dirty tricks to incite violence at Donald Trump’s rallies). FactCheck.org declared both charges false.

The claims of the Sammy Glick of the US House, Congressman Adam Schiff, a career politician so ambitious that he held a fundraiser for his re-election sponsored by an Iranian Arms Dealer at the same time he was making false allegations in House Intelligence Committee hearings regarding the President and his associates. Congressman Eric Swalwell, also of California, a mannequin whose ken-doll good looks have somehow landed him in the US Congress, as well as Congresswoman Jackie Speier and Connecticut Congressman Jim Himes have also soiled themselves by espousing these lies. Virginia Senator Mark Warner has claimed repeatedly that I have had direct contacts with the Russian state and have worked for them-which is a provable damnable lie.

Julian Assange does not work for the Russians. Given the import of the information that he ultimately disclosed about the Clinton campaign, the Obama administration and the deep secrets in the CIA’s Vault 7, he has educated the American people about the tactics and technology the CIA has used to spy on ordinary Americans. It is abundantly clear why our democratic system requires whistle blowers willing to violate the law in order to disclose the greater danger posed to our civil liberties and our form of government.

While the hacking by Wikileaks is technically illegal, the corruption, self-dealing and dirty tricks exposed in the documents that he hacked and released regarding the Clintons and the Obama administration constitute far bigger and more serious crimes. Dr. Martin Luther King violated the law in his quest to win equal equality among the races because in some cases the laws are unjust and put in place simply to hide official government misconduct in the face of the civil rights movement.

The absurd denunciation of Wikileaks by our new Director of the CIA, Mike Pompeo, which he, like Donald Trump, had previously praised, compounds the agency’s determination that Assad had conducted a chemical attack in Syria, which led to the launching of a cruise missile attack that took the lives of innocent women and children, an ironic outcome, given it was launched because of his desire to protect the lives of innocent women and children.

Syria had surrendered its stockpile of chemical weapons in 2013, following an earlier “false flag” attack, where their removal was verified by an agency of the UN as well as the Russians. The CIA failed to distinguish between dropping a chemical bomb (which does not appear to have happened) and dropping a bomb on chemical compounds (which appear to have replaced the conventional munitions that were stored there). This looks like a classic case of “bait and switch”!

After some soul searching I have elected to support the President’s limited incursion into Syria because of the strong geo-political message it sends the North Koreans, Iranians and Chinese. It also underlined the foolish of the entire “Russians helped Trump” narrative.

Acting on faulty intelligence endorsed by Director Pompeo, the President has now violated international law, the UN Charter and the War Powers Agreement with Congress. While he has won praise from hawks on both sides of the aisle, who have denounced him in the past, and has been lauded by the mainstream media, which holds him in contempt. A further expansion of the war in Syria would mean violation of end of the non-interventionism, the very concept that won Donald Trump the presidency. It would be the functional end of “Trumpism”

The competence of Wikileaks, which has yet to release even one inauthentic email, compares very favorably with the performance of the CIA, which neither anticipated the collapse of the Soviet Union or the “terrorist attack” of 9/11. But not only is the public shortchanged by an agency that all-too-often misses either the boat or gets things wrong, its operations around the world has gone far beyond the scope of its charter. The agency is out of control.  (See “The CIA’s Record of Duplicity” on the Stone Cold Truth.com.)

Even Harry Truman, who signed The National Security Act in 1947, concluded that creating the CIA had been his most grievous mistake, the American people need to know the kinds of actions that the agency has taken that are not only violate the sovereignty of other nations but subvert the ideas of the United States itself. Its actions have been primarily responsible for the wide-spread belief that America is “the greatest terrorist state” in the world.

We can far more easily replace an incompetent director than we can constrain its pernicious influence in other nations. The CIA has become the most effective instrument for subverting freedom and democracy in the name of “freedom and democracy” the world has ever seen and has permanently tarnished the image of the USA, which virtually everyone but the American public understands. Mr. Pompeo is the not the man to reform a rogue agency out of control.

Assange is a hero who has rendered valuable service to the American people. Mr. Pompeo has demonstrated that he is far too gullible to serve as the CIA Director and will pretty much swallow anything that the spooks in Langley dish out to him despite the obvious lack of any hard evidence whatsoever. Clearly Mr. Pompeo should resign.