Why Do Non-Muslims Convert To Islam?

“The Muslim population in the U.S. is growing and highly diverse, made up largely of immigrants and the children of immigrants from all across the world. Indeed, respondents in the survey hail from at least. 75 Nations.”

The number of non-Muslims who are converting to Islam is rapidly growing. In the U.S., the majority are African-Americans (a third of all US Muslims according to most authorities), but there have also been significant numbers of others to convert as well, many of them well-educated. Muslims in non-Muslim lands proselytize relentlessly and convert others while any Muslim who leaves Islam is judged as an apostate and automatically condemned to death.

Islam actively suppresses and even prohibits the practice of other religions, including those of the “People of the Book,” Jews and Christians. There is not a single church or synagogue in the cradle of Islam, Saudi Arabia, while thousands of mosques dot the tolerant and welcoming non-Muslim lands. Islamic countries that allow for Jewish and Christian places of worship subject these “People of the Book” to numerous subtle and not-so-subtle forms of persecution. 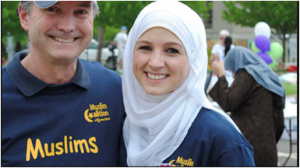 With each passing day, Islamic ideology is making inroads in traditionally non-Muslim lands. Here we must ask ourselves, why Muslim countries do not replicate America’s lenient laws to build churches or synagogues in a non-Christian land? As much as President Trump has a passion for the economic trade deficit, wouldn’t it also be reasonable to commit to the same type of arrangement with Islamic countries in an equitable and comparable trade with regard to churches and mosques?

Question: Why is it that the Muslims are so hell-bent on passing laws and resolutions of the sort they are pushing?

Answer: Because Islam is loaded with faulty and bizarre beliefs as well as many primitive, discriminatory and shameful practices. So, they need to build a steel fence around their corral of absurdity to protect it and them from crumbling under the assault of truth. They have much to hide and fear exposure the most.

Question: Why is it that these followers of Allah don’t mention any other religions besides Islam for the privilege they are seeking?

Answer: Because to Muslims, Islam is the super-religion and final religion of Allah. Judaism and Christianity are the only other two religions that are granted a grudging minimal recognition by Islam. All other religions and those without religion are considered blasphemy and blasphemous by the faithful.

In a non-Muslim land, Muslims are completely taking advantage of US laws and the Constitution. They use the same provisions of the law that are intended to protect a legitimate religion and enhance liberty, but in reality, subverts democracy and freedom.

Needless to say, presently, America is faced with a Trojan horse called “Islam.” Regrettably, America, with a long history of protecting religious freedom, still clings to the “hands off” practice of leaving alone any doctrine or practice billed as religion. A thorny problem is in deciding what constitutes a religion and who is to make that call. This is an important question that must be researched, evaluated and provides the result to the American people.

What Attracts People to Islam?

Excellent question and hard to answer. i.e., an Irishwoman on converting to Islam: ‘It excited me.”

Many may not quite understand, but Islam is like a contagious disease. Once it invades the mind of its victims, it is capable of transforming them to helpless pawns that have no choice but to execute what they are directed to do.

Nearly 270 million people have been murdered since the inception of Islam, 1400 Years. It is also true with Islam. Muslims are the main victims of Islamic ideology. The political nature of Islam, just like fascism and communism, is a dysfunctional ideology that needs to be discarded. Islam’s charter Quran is the root cause of Islamic violence, just as Marxism was the root cause of international Communist totalitarianism. Of the reported 1.5 billion Muslims in the world, millions are already trapped in the terminal stages of this affliction, while millions more are rapidly joining them while still other millions are being proselytized.

Islam Is a Mental Disease

The people enslaved with the extreme cases of Islamic mental disease are highly infectious. They actively work to transmit the disease to others, while they themselves engage in horrific acts of mayhem and violence to demonstrate their unconditional obedience to the dictates of the Islamic cult. A devout Muslim does not and cannot believe in freedom of choice. In the ideology of Islam, “submission,” leads everything up to Allah, as clearly and repeatedly stipulated in the Quran. The raison d’être for the Muslim is unconditional submission to the will and dictates of Allah.

An article in Christianity Today (Aug 20,1990) reported that in the U.S., the average age of those converting to Islam (31) is about twice that for conversion to the Christian faith (age 16). It listed the main reasons given for becoming Muslim: Islam’s doctrine is simple and rational, all believers are equal, it is a “practical” religion, and lacks a priesthood.  I have heard the same things from African-Americans in Philadelphia more than once. But first on their list is perceived racism in the church. Roughly summarizing 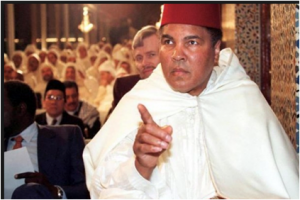 “The discrimination that we feel makes Islam attractive to us because it’s a way of rejecting the culture that will not have us. In sociological terms, I think that one of the reasons that many African-Americans go to Islam as opposed to Christianity.”

Here is the what the leader of the Islamic revolution of Iran, Ayatollah Khomeini said many years ago: “Allah did not create man so that he could have fun. The aim of creation was for mankind to be put to the test through hardship and prayer. An Islamic regime must be serious in every field. There are no jokes in Islam. There is no humor in Islam. There is no fun in Islam. There can be no fun and joy in whatever is serious. Islam does not allow swimming in the sea and is opposed to radio and television serials. Islam, however, allows marksmanship, horseback riding and competition. Meeting in Qom ”

Commonly, the Quran is full of black and white, right and wrong, acceptable and unacceptable verses. When men didn’t convert to Islam, they were labeled infidels and were slaughtered; their women and children were taken along with all their belongings as booty. It was either Islam’s way or the highway. This radicalism is very much in evidence today.

Deciding to join Islam, means committing oneself to the creed and its goal. One cannot join an order without adhering to its precepts and practices. It is absurd, for instance, for a person to voluntarily join the military while saying that he doesn’t believe the military’s objective of killing an enemy. All these Muslims who are not rabid advocates of jihad are in clear violation of their creed. Even these people are complicit in the mayhem and murderous acts of their co-religionists by financial support and in other ways.

The truth in this entire nightmare can be traced back to the liberal democratic policies of Jimmy Carter, who created a firestorm that destabilized our greatest ally in the Muslim world, the Shah of Iran, in favor of a religious fanatic, the Ayatollah Khomeini.

Islam, by its very nature, is patriarchal and authoritarian. Once liberty is surrendered for submission, a host of serious consequences present themselves. The individual becomes little more than a passive obedient vessel of Allah and his perspective of himself and life drastically changes. Once he submits to the all-powerful, all-knowing, he is absolved of the responsibility of having to chart his own way in life.

It is important to understand that the human mind is not a perfect discerner of objective reality. In actuality, reality is in the mind of the beholder. The outside world only supplies bits and pieces of raw material that the mind puts together to form its reality. Depending on the type and number of bits and pieces that a given mind receives, its reality can be very different from that of another mind.

You don’t need to be a rocket scientist to know that Islam has been in violation of the Universal Declaration of Human Rights for its wanton behavior toward others from the day of its inception to the present.

For a variety of reasons, during the past decades, Western societies opened their doors to a flood of Muslims from Islamic lands. In so doing, they aimed to make the newcomers feel at home, retain their way of life, and live in harmony with the indigenous population. Some call it a practice in Christian charity. But good-heartedness not only failed, it boomeranged and severely hurt the welcoming hosts. It is wonderful to be charitable. It is great to be good-hearted. But being charitable and accommodating evil can empower evil to literally tear out your good heart.

Islamism and jihadism are on the rampage playing out all over the world and literally tearing out the hearts of innocent people, many of them Muslims. We don’t want to repeat European mistakes. We want no multicultural fantasy to create a nightmare reality. Muslims who live here must become part and parcel of America just like all the other diverse people who have come to this wonderful land. Muslims must abide and honor the same values and laws that have made this nation a beneficent refuge for all people. No separate but equal foolishness that was the banner cry of the segregationists, for Muslims. It must be together, equal, and under the same law.

The gospel truth is that some politicians are paid agents. They do and say what gets them elected and keeps them in office. As a voter and fund contributor, you are important. Let them know how you feel and how you are going to treat them if they sell their services and become Islam apologists and enablers. Hold them accountable at all levels of government, from the local city council to the resident in the White House

In short, we have a great country, deprived by numerous challenges. We can ill afford to become complacent or disheartened. If we band together in a common cause with devotion to our nation’s principles, values and the Constitution, we can meet and defeat any threat of any type or magnitude. Past generations of Americans have always done so successfully and this generation of Americans must do no less.