Roger Stone has been a close friend and confident of President Trump for over 40 years.  Stone has been in the dirty toilet of American politics a long, long time.  The reprehensible plan to remove Trump, a legitimately elected president vs the usurper, Hussein Obama, was to get those close to him.  Get those loyal to the president to ‘flip’ with threats and grand juries.

Paul Manafort, George Papadopoulos, Dr. Jerome Corsi, Michael Caputo, Carter Page and Ret. Gen. Michael Flynn.  I must add a good friend told me on the phone the other day that while in a particular facility, no one there had ever heard of Gen. Flynn!  How could they not, considering his nightmare was milked on a regular basis by the vile, corrupt MSM? 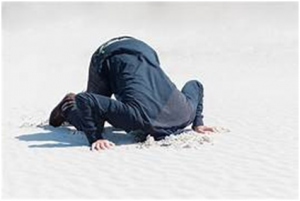 After his indictment, Stone said, “There’s still no evidence whatsoever that I had advance knowledge of the topic, the subject, or the source of the WikiLeaks disclosures. I never received any of the WikiLeaks disclosures. I never communicated with Assange or WikiLeaks other than the limited communication on Twitter on direct message, which I gave to the House Intelligence Committee last September, I guess it was.”

It has been said many times, Stone was convicted of a process crime which is:

In United States criminal procedure terminology, a process crime is an offense against the judicial process. These crimes include failure to appear, false statements, obstruction of justice, contempt of court and perjury. Process crimes are sometimes a basis for a “pretextual prosecution”, in which prosecutors bring process crime charges against a defendant in order to punish them for another crime for which a conviction is more difficult to obtain.

If an individual can’t remember a phone conversation or an email they sent 3-4 years ago, if the FBI under dirty cop, James Comey, wanted to ‘get you’, that’s grounds enough to indict the individual.  As Kelleigh Nelson covered thoroughly in two columns:

The FBI’s False Prosecution and Railroading of Roger Stone

Roger Stone will be reporting to prison in less than two weeks.  His request to be given home detention until Sept. because of COVID-19 has been denied.  Act surprised. Biased, dishonest federal “judge” Amy Berman said, nope.  Report July 14th.

Michael Avenatti, who represented the badly aging stripper Stormy Daniels who accused Trump of (P-U) jumping between the sheets with her, is now a convicted felon.  That pig attempted to extort $25 million from Nike by threatening to expose alleged crooked wrong-doing regarding basketball divisions.

On April 11, 2020, a federal judge out in California ordered Avenatti released from a federal detention center for 90 days due to COVID-19.  Avenatti claimed to have had a bout of pneumonia which got him sprung. Avenatti is 49. Stone will be 68 next month.

The cries for Trump to pardon Stone have been persistent since his conviction, but will Trump pardon him before the election?  Stone said he was encouraged by a recent tweet Trump sent out:  EXCLUSIVE: Roger Stone Grateful For President Trump Tweeting About Pardon, June 28, 2020

But, the reality of the situation is complicated.

Trump’s number one priority besides dealing with COVID-19 and the rioting, looting and burning in cities and towns across the country as well as a hundred issues all day long – he must get reelected.

Trump is fully aware of the massive effort to defeat him via vote fraud.  Ballot harvesting, mail-in ballots, human cheating and faithless electors.  I cannot stress any stronger than this:

While you may not like Trump or have been disappointed by things he’s done since he’s been in office, if ANY Democrat candidate wins (who knows if dementia addled Biden will even make it to the finish line) – AMERICA IS TOAST.

I believe Roger Stone knows this having as I wrote above, been in the cesspool of American politics a long time.  He knows if Trump were to pardon him before the election, the ignorant herds of cattle out there who hate him will go ballistic.  Right along with the pimps in the MSM, the empty-headed useful fools in Hollywood and the halls of Congress.

The DNC would pound on Stone’s pardon from now until Nov with their lies.  It’s what they do. Get paid a lot of money to destroy people’s reputations and concoct outright lies which they spoon feed daily to the dullard’s out in America.

I have no doubt Roger Stone is terrified of having to report to a federal prison.  Losing your freedom is akin to being dead inside.  He will also be highly vulnerable to the virus due to his age; I do not know if he has any medical conditions.

While I don’t know Roger Stone, I think he probably does understand why Trump has not pardoned him, yet.  Stone has remained loyal to Trump and don’t think for a minute Trump has forgotten.

As soon as Trump is declared the winner in November – which I predict might very well end up in the courts, but if he does win, he can then pardon Roger Stone.  The despicable, morally bankrupt Democrats would come unglued but there isn’t a damn thing they could do about it.

Like the other victims of Mueller and Comey, Roger Stone has lost everything and is bankrupt. No doubt his legal bills are astronomical. If you’d like to send a few dollars his way, click here.