The Planetary War Against Evil And Corruption Is In Full Swing

This is truly a planetary war against the tyrannical globalist powers that be.  Leading the charge is Donald J. Trump, the 45th President of the most powerful country in modern day history and the first leader to raise an international banner in the war against global tyranny, satanic evil and corruption; his battle is for goodness, righteousness, freedom and justice.

Over the last half century the silent forces of good throughout the world have been restrained by the controlling evil forces in authority.  But now that there is a champion for good to rally behind, as the people did in America at the voting booths, the people of the world are also demonstrating their staunch reserve in one resounding voice as they throw off the shackles of global tyranny and make their stand with Donald J. Trump.

The constant cry, “Globalism vs. Nationalism,” from the start of Trump’s campaign depicts the battle at hand today.  Nationalism is sovereignty; independence is self-government, a Constitutional Republic.  The exact opposite of nationalism is globalism, its subjugation, a suppression of the people, and it’s some international authority that rules the world with no accountability to the people.  Globalism is a New World Order that rules by global elite.

“No man escapes when freedom fails, the best men rot in filthy jails; and they who cried ‘Appease, Appease!’  Are hanged by men they tried to please.”  Hiram Mann

According to Benjamin Fulford, “’December 17, 2017, the U.S. President Donald Trump spent the weekend at Camp David with his top generals to map out the exact strategy for decapitating the global mafia worldwide,’ say Pentagon sources.  ‘The Atlanta airport was shut down, while the Department of Defense refused to disclose the locations of 44,000 U.S. troops involved in terminating the cabal worldwide, a senior Pentagon source said.  There are now close to 10,000 sealed indictments as more and more of the international criminals give up evidence on their colleagues,’ the sources say.

“Trump declared a state of emergency and signed an executive order on December 20th freezing the assets of those accused of human rights abuses (adult and child sex trafficking) and corruption, a catch-all to bankrupt the Bushes, Clintons, Soros (Petition to Seize Assets of George Soros Gains 80k Signatures …,) Obama, the Deep State Cabal, and the global mafia,” was how a Pentagon source summed up the situation.

“The national emergency allows Trump to seize assets and unleash the military to carry out mass arrests and adjudicate via military tribunals, effectively imposing martial law,” the source continues. 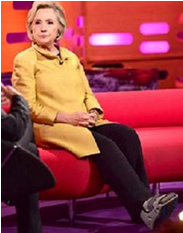 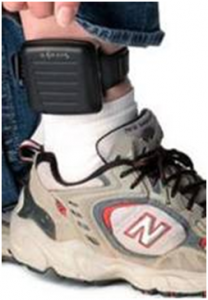 Even the brainwashed propaganda media is beginning to realize that something is going on when they see Hillary Clinton’s “surgical boot” (hiding a GPS ankle bracelet) staying on long after it should have been removed if the official excuse of a broken toe were true, Hillary Clinton wears surgical boot months after toe … – Daily Mail.

No doubt some lame excuse will be given and the still-brainwashed segment of the population will accept it, just as they did after the photos were released of Sen. John McCain’s surgical boot (hiding his GPS ankle bracelet) was seen on his right foot and other photos showing the boot on his left foot. 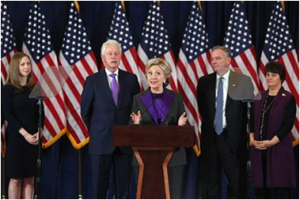 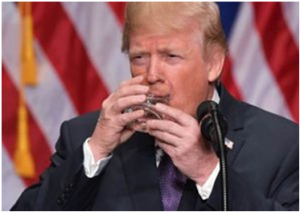 “The Pentagon source also sent a copy of this photograph with the explanation,” Fulford continues, ‘Trump wears purple when unveiling his national security strategy on December 18th in a victory lap over the Soros/Hillary purple revolution, and drinks water with both hands to simulate handcuffs.”

TO THE CONGRESS OF THE UNITED STATES:

Pursuant to the International Emergency Economic Powers Act, as amended (50 U.S.C. 1701 et seq.) (IEEPA), I hereby report that I have issued the enclosed Executive Order (the “order”) declaring a national emergency with respect to the unusual and extraordinary threat to the national security, foreign policy, and economy of the United States posed by serious human rights abuse and corruption around the world. In addition to taking action under IEEPA, the order implements the Global Magnitsky Human Rights Accountability Act (Public Law 114-328) (the “Act”) and delegates certain of its authorities.

(1) to be responsible for or complicit in, or to have directly or indirectly engaged in, serious human rights abuse;

(2) to be a current or former government official, or a person acting for or on behalf of such an official, who is responsible for or complicit in, or has directly or indirectly engaged in:

(a) corruption, including the misappropriation of state assets, the expropriation of private assets for personal gain, corruption related to government contracts or the extraction of natural resources, or bribery; or

(3) to be or have been a leader or official of:

(a) an entity, including any government entity, that has engaged in, or whose members have engaged in, any of the activities described in (1), (2)(a), or (2)(b) above relating to the leader’s or official’s tenure; or

(b) an entity whose property and interests in property are blocked pursuant to the order as a result of activities related to the leader’s or the official’s tenure; or

(5) to have materially assisted, sponsored, or provided financial, material, or technological support for, or goods or services to or in support of:

(b) any person whose property and interests in property are blocked pursuant to the order; or

(c) any entity described in (3)(a) above where the activity is conducted by a foreign person;

(6) to be owned or controlled by, or to have acted or purported to act for or on behalf of, directly or indirectly, any person whose property and interests in property are blocked pursuant to the order; or

(7) to have attempted to engage in any of the activities described in (5) or (6) above.

In addition, the order suspends entry into the United States of any alien listed in the Annex or determined to meet one or more of the criteria above.

This article To be continued

Please read my book “The Master Plan,” by Al Duncan