Without Honor Corruption Becomes The Norm

“When we get piled upon one another in large cities, as in Europe, we shall become as corrupt as Europe.”  —Thomas Jefferson

“I weep for the liberty of my country when I see at this early day of its successful experiment that corruption has been imputed to many members of the House of Representatives, and the rights of the people have been bartered for promises of office.”  —President Andrew Jackson

Political corruption is not a new phenomenon.  The current DOJ, FBI, DNC, FISA, Hillary Clinton scandal just happened to be one that has been exposed with the Nunes memo.  In recent memory we have FBI Director J. Edgar Hoover keeping hit list files and spying on Americans.  We have the Pentagon Papers and much more. 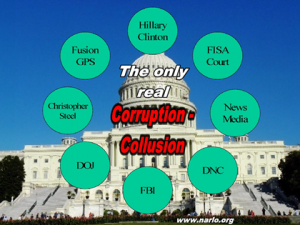 Corruption started when man invented politics, some 5 to 6,000 years ago. There always has been political corruption and there will always be political corruption because the propensity towards corruption is a human failing, especially for those who hold political or religious power over the masses, or control over large sums of money. The only thing that holds corruption in check is the people.  If the people don’t care and will not hold those that govern them accountable, political corruption grows and becomes institutionalized, just like it is now in America and has been in Europe and the rest of the world for centuries.

The inescapable truth is, freedom cannot co-exist with political corruption.

Consequently, unless it can be controlled, any attempts to preserve freedom will be fruitless.  If the people are corrupt, or are without honor, or don’t care, controlling corruption becomes impossible and thus freedom becomes a far-off shimmering mirage that can never be reached.

One of the other protections against corruption was the fourth estate, or a free press, imbued with strong journalistic ethics and unbiased objectivity.  It follows then that if the press is corrupt or biased in its reporting, as it is today, the people will not be properly informed of political corruption and the corruption will flourish in the darkness of ignorance that no light can penetrate.

The Founding Fathers installed protections against corruption by establishing the Separations of Powers doctrine through the three branches of government.  Their thought being that one branch could hold corruption in check in one or both of the other two branches.  Further protection against corruption was established through the power of the states in the 9th and 10th Amendments.  It was believed that the states could hold the federal government in check if it became corrupt or too powerful.  What the Founding Fathers couldn’t predict was the craftiness of the human mind to get around obstacles in furtherance of self-gratification or personal enrichment, especially when there are huge sums of money floating around and where accountability was (or is) either lax or non-existent, as is the current condition of the American government at all levels.

Scandals and corruption are not limited to the federal government.   Corruption exists anywhere there are not mechanisms in place to detect corruption, or where the people will not, or refuse to hold politicians accountability for their actions.  In a recent John Stossel TV expose’, it was reported that Jefferson County, Alabama is bankrupt (by billions of dollars) because of corruption and collusion between the county commissioners and Wall Street bankers over the financing of a massive sewer system.

Take California:  At least three cities in California have declared bankruptcy, probably more now.  Politicians in a small California town passed ordinances to give themselves exorbitant salaries.  They were caught and hopefully, some have gone to jail.  They would have gotten away with it if the people hadn’t found out and exposed them.

Lt. Cmdr. Walter Fitzpatrick, a distinguished naval officer, was hauled off to jail when he tried to expose corruption in a Tennessee county.  It looks like Fitzpatrick is going to prevail in his efforts to expose that corruption, even though he has paid a terrible price in money, time and reputation, for so doing.

Corruption and collusion are rife in the letting of government contracts to private companies by local, state and the federal government.  Government’s attempt to control corruption is circumvented by creative politicians and devious contractors, lusting after the government un-accountable gravy train.  Billions of American taxpayer dollars were squandered in Iraq in the process of the American military and the contractors they hired to re-build Iraq.  Billions more are evaporating in Afghanistan to graft and corruption in their government and ours.  Government squanders Billions more in un-detected waste, fraud, abuse and corruption.

Corruption exists in government contract negotiations with unions, which leads to massive unfunded pension liabilities when government capitulates to excessive union demands.  This kind of corruption is one of the major factors that have led to municipal bankruptcies.

And corruption is even prevalent in local school boards all over the country, as they pander to the “education” snake-oil salesman that descend upon them to buy books or other products, along with their insatiable desire to build grandiose schools.  In that regard, the City of Seattle (Washington State) built eight high schools in the early 1920’s.  All of the schools were built on the same, three-story floor plan, thus cutting construction and material costs dramatically.  Most of those 100-year old schools are still being used today, even the one we attended back in the 1950’s.

But you won’t find that kind of fiscal conservatism today.  Each new school has to have unique architecture, costing millions more to build.  Because schools are funded by taxes, administration tends to be top heavy.  Even so, administrative and financial controls are lax, financial accountability is substandard and waste is rampant, like any other government run program.  If the schools run out of money, they go to the taxpayer for more, appealing to the parent’s emotion and guilt for not properly funding the “kids”.  As a result, costs escalate well above inflation levels without a corresponding rise in test scores or graduations.  Private schools on the other hand are run more efficiently, at less cost, with significantly better test scores.

Here is an example of the corruption that goes on in the U. S. Congress every day.  That’s every day!  Senator Rand Paul gets up on the Floor of the Senate and describes Senate corruption in detail.  See his damning testimony.   Then listen to Senator Jim DeMint at this link where he accuses the Senate of passing 94% of its bills in secret.  94% mind you ….. in secret!   Please note that both of these Senators are Tea Party Republicans and they are accusing the other side (Democrats) of breaking their own Senate rules, not reading the bills they pass and not passing a budget for many years.  Now the Republicans run the Senate and they can’t seem to pass a budget either.

We can’t be a country controlled by the rule of law, if the lawmakers won’t follow the rules ….. much less the law, or pass laws that are so large and so complex that no one can understand or interpret them.  That is hidden corruption on a grand scale and can only lead to more enslavement of the people.

“It will be of little avail to the people that the laws are made by men of their own choice, if the laws be so voluminous that they cannot be read, or so incoherent that they cannot be understood; if they be repealed or revised before they are promulgated, or undergo such incessant changes that no man who knows what the law is today can guess what it will be tomorrow.”  James Madison, Federalist No. 62, 1788

Corruption is not limited to politicians.  Judges and bureaucrats are not immune from becoming corrupt.  Many judges become consumed with their power on the bench and are susceptible to judicial corruption by either legislating from the bench, or ignoring, or flaunting the law altogether.  Bureaucrats have the power to make law and are not above making law that is wholly unconstitutional, or just outright breaking the law.  The legislative branch, which creates the bureaucracies, does little to oversee them, or hold them in check.

Two of the things that exacerbate corruption, are size and complexity.  The greater the size (number of people), the more regulations there are, the less fiscal controls there are and the greater the complexity.  The third thing that fosters corruption is the human failing of “glazing over” when faced with complexity.    Laws governing the behavior of the people and the government, number in the hundreds of thousands of pages and many millions of words.  (55,000 pages are added to the Federal Register every year.)  Thus, attorneys are called in to interpret all the laws and regulations.  (Of course, attorneys write the laws)  Since most people aren’t politicians, much less lawyers or accountants, their instant reaction to complexity is to glaze over and say, “let the experts handle it.”  But ladies and gentlemen, if the people abdicate their duty to hold government accountable, who is watching the experts?

In the end, if political corruption is allowed to grow and run rampant, eventually a society will descend into irretrievable fascism, or a dictatorship.  The only escape from fascism or a dictator (or maybe even corruption) is violent revolution.  Ask the people of Hungary, Romania, or the Ukraine, or almost any country in Europe, on what the human and property costs were to extricate themselves from a dictator, or a fascist, or rampant corruption?

The basic reason behind the rise of collusion and corruption is that the many people have lost the virtue of honor.  A large segment of our American population have lost it by succumbing to the siren call of a “free” lunch from government, when we all know, the “lunch” isn’t free.  Politicians have lost honor because, in a representative government, politicians are a reflection of the people who vote them into office.

If we do not religiously value honor, integrity and honesty in ourselves, we will not value those very same qualities in our leaders.  In today’s world, those men and women without honor, integrity and honesty continue to be elected to public office.  Therefore, by our own choice, we allow dishonor and dishonesty to perpetuate itself in ourselves and in our government and frankly, we deserve what we get.  Our inaction and apathy leads to “Corruption Becoming the Norm.”  The corruption will continue to grow ….. IF WE DO NOTHING!

What are your THOUGHTS?