Law enforcement officers in Southern California said on Thursday that they are continuing their search for an illegal immigrant from El Salvador who is wanted for his heinous sex crimes perpetrated on a 5-year-old girl.

Fullerton, California, police detectives accuse 30-year-old  Rigoberto Arevalo Cubias of engaging in sexual intercourse and sodomy with a minor under the age of 10-years-old following their investigation, which started in late December. Authorities believe Cubias might have a California driver’s license, either legally or fraudulently obtained.

California’s Gov. Jerry Brown and his fellow Democrats had passed a law making the entire state a sanctuary for illegal aliens even if they commit a crime.

On Dec. 21, 2016, Fullerton Police officers responded to a hospital regarding a suspected sexual assault of a 5 year old female that had occurred in Fullerton. 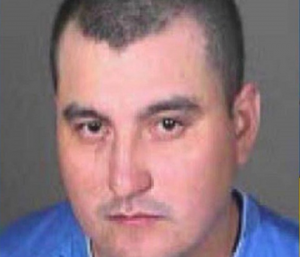 The investigation by detectives from the department’s Family Crimes Unit identified the suspect as Rigoberto Arevalo Cubias, born on Feb. 21,1986, a male Latino, approximately 5’7”, 185 lbs, with black hair and brown eyes.

When he’s captured the suspect will be charged with the crime of engaging in sexual intercourse/sodomy with a child under the age of 10 years old, in violation of California Penal Code Section 288.7 (described here).

(a) Any person 18 years of age or older who engages in sexual intercourse or sodomy with a child who is 10 years of age or younger is guilty of a felony and shall be punished by imprisonment in the state prison for a term of 25 years to life.

(b) Any person 18 years of age or older who engages in oral copulation or sexual penetration, as defined in Section 289, with a child who is 10 years of age or younger is guilty of a felony and shall be punished by imprisonment in the state prison for a term of 15 years to life.

Cubias is being identified as an “undocumented immigrant from El Salvador” since the politically-correct politicians prohibit the use of the term “illegal immigrant” or “illegal alien.”

Besides the rape case, Cubias has a prior, outstanding $50,000 arrest warrant for a DUI from 2014 under the name “Jose Cubias”. The police report notes that this suspect has multiple aliases, including Jose Cubias, Jose Cubias Arevalo, Jose Riberto Cubias, and Jose Alfonso Cubias Arevalo, according to the Fullerton Police Department.

Detectives believe that Cubias is aware he is wanted by law enforcement and he continues to evade the police manhunt. Police also report that he abandoned his previously owned vehicle and cellular phone in what Detectives believe is an attempt to elude capture.

Prior to the Christmas break, the U.S. House of Representatives approved by voice vote the Sexual Assault Forensic Evidence Reporting (SAFER) Act of 2017 (S. 1766), to reauthorize, strengthen, and extend the Sexual Assault Forensic Reporting program to help fight the nationwide rape kit backlog. The backlog has not only blocked the swift prosecution of sexual predators, but it also prolongs the psychological suffering of sex crimes.

The bipartisan, bicameral bill – authored by Rep. Ted Poe and Sen. John Cornyn both of whom are Republicans from Texas – reauthorizes the SAFER Act, which was originally signed into law by President Barack Obama in 2013.

The federal statute provides state and local governments with funding to conduct examinations of untested sexual assault evidence in their possession.  In addition,the legislation “ensures both adult and pediatric forensic nurses are eligible for training while highlighting the need for pediatric sexual assault nurse examiners when responding to children who are suffering from child abuse.”

Goodlatte stated in a news release: “Victims of rape shouldn’t have to wait years for their perpetrators to come to justice simply because the evidence contained in their rape kit is backlogged. We must do everything we can to expedite the processing of rape kit evidence so that we take these criminals off of our streets and prevent other women from being victimized.  The SAFER Act will help reduce the rape kit backlog while also ensuring forensic nurses receive the important training they need.

“I want to thank Representative Ted Poe for his hard work on this important legislation, and I am pleased it will now be heading to President [Donald Trump] for his signature.”