Nothing new for those not familiar with the IRS and their special agents armed to the teeth.  And, make no mistake about this:  Just as what happened a decade ago, these newly minted “public servants” will go after constitutional groups and non-profits fighting back against this in-your-face tyranny we are living in every day.

Now that the communists controlling Congress and Hussein Obama and his Comrades running the Red House on Pennsylvania Ave have passed another massive, unconstitutional spending bill called the Inflation Reduction Act, it’s time to finally kill off the middle class in this country.

Hundreds and hundreds of billions of BORROWED “dollars” to continue fleecing us to fund the great hoax called climate change.  Of course, if the Republicans take control of the House and Senate in November, come January they can pass a bill to stop funding this new rape.  Congress can and has overridden a legitimate president’s veto of a bill.  Think about that when you vote back the same incumbents who continue to cover up the big lie about the income tax.

The ONLY reason the Internal Robbing Service has been able to steal from We the People  this long is FEAR.  IRS freezes your bank accounts with no notice.  So many have killed themselves, families ruined.  Best to stick your head in the sand, reject the truth, accept your lot in life:  A slave to the banking cartels.  1913:  Unconstitutional “Federal” Reserve Banking Act, 16th Amendment (income tax) to feed the thievery and the 17th Amendment to destroy the rights of the states.  See here and you will see the truth.

The bottom line is the federal income tax DOES NOT APPLY TO DOMESTIC AMERICANS.  Period.  How many thousands of Americans have been thrown in prison to keep the big lie going?  Former IRS tax preparer, a wonderful human being and patriot, Sherry Jackson, dared to challenge the big fat lie about the income tax went to prison for speaking out.

Oh, well, you know, we all gotta pay our fair share and as the old saying goes:  Two things in life you can’t escape are death and taxes.  Let me tell you something as someone whose been educated on this for nearly 30 years (the “Fed” is what first drew my attention), there are a whole lot of U.S. Attorneys who prosecute people who know the truth but when it comes to truth vs lies, the Constitution vs lies, the truth and Constitution mean nothing.  It’s all about that paycheck and that includes federal judges in collusion with the IRS.

The liars in the prostitute media and members of Congress have been smearing those who’ve come forward – just like the doctors and scientists have over COVID-19 injections – using all the usual Soviet-style propaganda group-think language.  Over the decades we know (those of us in the trenches) many past members of Congress knew the truth about the income tax but remained silent.  After all, Congress (both parties) need to continue raping us to pay the private banking cartels as they put us further and further into double-digit TRILLIONS of dollars in unpayable debt.

I know someone who used to be one of those well-armed IRS Special Agents.  Your tax dollars trained him and he thought he was doing the right thing when presented an assignment regarding ‘tax cheats’.  His name is Joe Banister and I’ve been proud to call him friend for over 20 years.  A man’s man who when he found out the truth, Joe could no longer play their game and resigned from his high paying IRS job with a wife and two sons to support.

Let that sink in.  A good man with a heart of gold and the courage of a lion.  After leaving the IRS, Joe started doing radio and public appearances and then the federals went after Joe with a vengeance.

Can’t have former IRS Special Agents running around the country educating Americans on what the IRS Code actually says and means.  I attended his trial as it was held in Sacramento where I lived at the time in the big, new federal court house.  Thank God, Joe was acquitted.  This is my column on the trial:  The Agony, The Ecstasy, The Agony, June 25, 2005

Like so many others over the decades, I’ve written on this issue endlessly but probably 90% of Americans have zero understanding about the income tax – other than pay up or off to a federal cage; usually a minimum-security prison.

Don’t take my word for any of this, take the time to watch or listen to Joe and ask yourself:  Who’s telling the truth?  A man of integrity who gave up his paycheck to uphold his oath of office or the whores America continues to reelect – along with U.S. Prosecutors and federal judges who are in collusion with each other?

And let me tell you something else that is a FACT.  Expert witnesses like Joe Banister and other former IRS agents are barred from testifying at trials as well as submitting the factual truth:  The IRS deliberately misrepresents who is required to file income tax forms and pay the thieves.  Only by the grace of God was Joe and Tommy (below) acquitted by their juries who saw through the lies by U.S. Prosecutors.

This is a presentation speech Joe gave that should go viral.  WATCH IT – the first video.  You can enlarge screen. 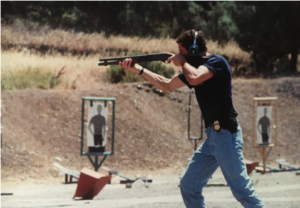 Former IRS Special Agent EXPOSES Government Tax Scam – Video interview, 2013 (17:15) – You will be shocked at what Joe says in that interview.

This is Joe’s web site.  READ the truth.

Corruption in the IRS (Interview)

Tommy Cryer was a lawyer for over 35 years before he passed away on June 4, 2012, which broke my heart.  Tommy was a roaring lion about the IRS and they came after him; Tommy was indicted and tried just like Joe.  He was unanimously acquitted.  Tommy wrote a document titled The Memorandum.  If Americans take the time to read it, the rage across this country would make a sonic boom sound like a whisper.

It’s not necessary to abolish the IRS.  Just cut out the federal “income” tax.  The IRS would then be an agency that collects constitutional taxes like corporate taxes, excise taxes like cigarettes, alcohol, tobacco, gasoline, etc.

[Note: For a thorough, comprehensive education on the Fed, the income tax, education, Medicare, SS, the critical, fraudulent ratification of the Seventeenth Amendment and more, be sure to order my book by calling 800-955-0116 or click the link, “Taking Politics Out of Solutions“. 400 pages of facts and solutions. [Order two books and save $10.00]]

Americans Love the IRS and the Income Tax , mine, April, 2012

Why an Income Tax is Not Necessary to Fund the U.S. Government (mine)

Steve Bannon UNLOADS at CPAC: The Federal Reserve Has Usurped the Power of the People and Must Be Ended (VIDEO)

ALERT: What’s Happening Is The Purchasing Power Of Our Paper Currencies In The West Is Collapsing, April 2, 2022 (Audio)

Leo Hohmann: What is Biden administration trying to tell us with its recent violent actions against nonviolent Americans and hiring of 87K militarized IRS agents?, August 12, 2022

Devvy Kidd authored the booklets, Why A Bankrupt America and Blind Loyalty; 2 million copies sold. Devvy appears on radio shows all over the country. She left the Republican Party in 1996 and has been an independent voter ever since. Devvy isn't left, right or in the middle; she is a constitutionalist who believes in the supreme law of the land, not some political party. Devvy's regularly posted new columns are on her site at: www.devvy.com. You can also sign up for her free email alerts. E-mail: devvyk@npn.net