A Conversation with Allah

It is axiomatic that to be a Muslim you must: believe in Allah by taking him as your one and only lord, accept Muhammad as Allah’s beloved messenger and take the Quran as a literal work of Allah and a perfect prescription for living.

Hard as I tried, I had a terrible time being a Muslim right at the entry level. I, therefore, decided to write this open letter in the hope of receiving some satisfactory answers to the many questions that trouble humanity greatly.

From the first breath of life to the last pang of death, Islam relentlessly bombards us: surrender yourself fully to Allah, pray for his help, let him make all the decisions for you and run your life, don’t ever question anything, since questioning is the whisperings of the accursed Satan who strives to take you astray. 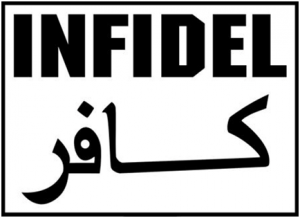 Islam says that Allah is the javaab-ul-doaa (answerer of supplications/prayers) and that to him we should supplicate for any and all help in all matters.

Well, I am doing exactly as I am advised. I am supplicating Allah in the form of this open letter, to provide me with answers to some of my numerous and troubling questions.

It must be a peculiarity about me. I am loath to surrender my inquiry about things and allow others, divine or not, to do the thinking for me. If I am to let Allah do all the thinking and deciding for me, then why am I given my own brain? I have challenged the Islamic divines.

See, I have already failed the test since I have not surrendered fully to Allah and, by questioning, did not place my total faith in him.

I have been studying much of my life trying to get some satisfactory answers to my questions about Islam from Islamic scripture and authorities without success. More often than not, I get conflicting answers, confusing responses and even outright contradictory statements.

Hence, I decided to pose some of my perplexing questions in this open letter directly to the god of Islam, Allah, earnestly hoping deliverance from the anguish of doubt.

I will do my very best to conduct myself with decorum and courtesy toward Allah. At no time will I behave rudely toward him, just in case he is indeed the sole author of this awesome universe, as Islam claims. To be discourteous and rude is not my habit. I don’t even behave rudely toward anyone, much less so in dealing with a purported unfathomably magnificent being. 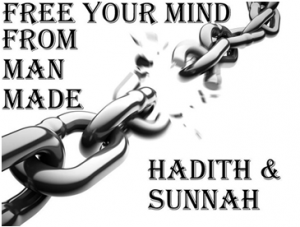 The list of my questions is long indeed. Here are some of my questions, not necessarily in order of importance, presented in all meekness to Allah, the Lord of Islam. To me, all questions are important and assigning relative importance to them is arbitrary. So, I get started.

I have no illusions of grandeur and no pretense at knowing very much. I am a sincere seeker after truth and it is in this spirit that I am humbly composing this missive to you, Allah. I hope that I am not being discourteous by simply addressing you as Allah. I mean without preceding invocation of your name by honorifics.

I fully realize that I really am most insignificant in the grand scheme of things. But, again, you have created me so I must be worth something. It is this realization that gives me the courage to address you with my questions, your lordship.

Without further ado, here are some of my questions.

* Islam says that you are the uncreated creator. I have a very hard time with that claim. Of course, I am a most finite being and my intellect is hardly capable of imagining that something comes from nothing. There is that old refrain, “nothing comes from nothing, nothing ever could” that humans take as an article of faith and fact. But, again, we humans are hardly capable of fathoming things that transcend the limits of our finite rational mind. Any clarification of this assertion would be immensely helpful.

* Speaking of creating, Islam says that you created the universe by the command: kon va yakoon (become and became). The universe appeared instantly in obedience to your command. There are different views about this whole topic of creation that I don’t want to trouble you about. For now, my simple question is: Lord, by this simple command of kon va yakoon, you brought about this indescribably magnificent universe, yet you took some twenty years to write your smallish book, the Quran. Why did it take you so long to write it? I fear a thunderbolt might strike me dead for posing this intrusive question. I hope you hold off and allow me to continue.

So, I think maybe I can supply a rationalization, not a plausible reason, for it. I said to myself, your lordship, perhaps it took you twenty years because Muhammad was illiterate and slow in getting your dictates and taking them to a scribe to jot them down. That’s why. Yet, finding someone who could actually write things down among the horde of savages was not an easy task. 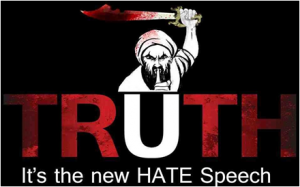 A follow up question! Why a supremely august being, as you are, with all the indescribably exulted powers and attributes, chose an illiterate Arab, a hired-hand of a rich widow, as your messenger is a mystery. Couldn’t you have chosen a Rabbi from nearby Medina, a Zoroastrian Mobed (priest), a Christian Priest from Mecca itself, a Hindu Monk, a Buddhist Clergy? These were people who had specialized in matters of religion, rather than an Arab whose only skill was helping drive caravans of camels.

I have seen Islam’s pat answers to all questions: to no one is given the right to ask Allah about his doings, he does what pleases him and ordains what he wants. But this is no answer. It is a copout.

*Are you male, your lordship? Pardon me for asking a personal question. The reason I ask is that you have much against women. You stipulate that women are worth one-half of men. You ordain that men are rulers over women and much more. I really don’t see that. My lifelong experiences with women have convinced me that women are every bit as worthy as men, if not even better in many respects. For one, women are the life-givers and nurturers of life. Men, by contrast, are forever in the business of life-taking.

Science tells us that women are as capable as men in every sphere other than those that require brute force. But, machines are much more superior to men in brute force and women can and do operate those machines as well as men.

Is there something inherently inferior or evil about women? If so, then, pardon me, your lordship. It is you who designed them that way. Didn’t you?

Is it not a fact that the savage chauvinist Arabs of Muhammad’s time are the ones who instituted this oppressive scheme against women and Muhammad stamped his approval of the fraud in your name?

*My next question is about the role of religion. My limited understanding is that the major function of religion is to bring disparate people together. That is, bring unity and amity among the diverse and quarreling human groups. Islam fails miserably on this major point. While Muhammad was alive, he kept preaching the gospel of divisiveness. He taught a gospel of us against them, believers against the unbeliever. Since his death, Muhammad’s followers have doggedly followed his gospel of divisiveness.

How can fueling the fire of polarization bring about the peace of unity after what Muhammad did and his disciples continue to do, killing the unbelievers en mass and without the least bit of mercy?

Compounding the problem is the fact that as Muhammad was still gasping his last breath, his senior disciples were busying themselves with the business of killing one another in their lust for power and leadership. And Islam has been on a mission with the internecine as well as infidel killing ever since.

Whether or not I receive answers to these questions, I will persist in posing more of them in the future. Who knows? As unlikely as it may seem, Allah may indeed deem it appropriate to send another of his archangels with a Quran addressing these and other troubling questions.  Keep in mind that he does what pleases him and ordains what he wants.