A National Gathering Of Mothers For Truth, Family, Freedom Sweeping The Nation 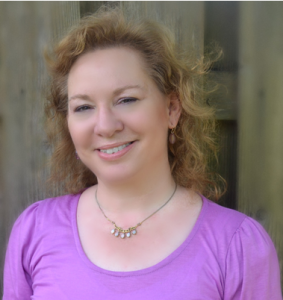 If the women who spoke at the women’s march in Washington D.C. this past January spoke for you then don’t waste your time reading this article.  If, however, you were as shocked by the blatant display of vulgarity, hatred and anti-American rhetoric as I was, then read on.  This is for you!

In a time when diversity means silence, tolerance means violence, commonsense is politicized and deception abounds, it is time for a better message.  The mothers of America are ready to deliver that message September 23, 2017, at the Mom’s March for America.

Before you roll your eyes at the idea of yet another march protesting this thing or that and wasting a bunch of time accomplishing nothing, pause, sit back and read on because this is a march unlike you’ve ever seen before.

The Mom’s March for America is national gathering of mothers, centered in the Heartland of America—and broadcast live across the nation—to celebrate the powerful influence of mothers on our nation and stand united for truth, family, freedom and the constitution that protects our divine, inherent rights as mothers.

The Mom’s March for America is not a physical march walking down the street, shouting and carrying signs. We’ve been there and done that and what has it accomplished? This is a Cultural March toward a higher standard of decency, civility and liberty.  It is a celebration of the biggest cultural movement happening in America—the march that mothers make every day in their homes, neighborhoods, and businesses as they nurture their families, influence their communities and shape our nation.

For years we’ve been bombarded with a constant dose of doom and gloom. The media and educational institutions repeat the same old tired message over and over. We’re told we’re killing the planet and nothing we do will change it.   We’re told racism will never end, women will never be equal to men and hunger will never be conquered.  No matter how much we spend, how much time we give or how much good we do, the message is always the same–it will NEVER change.

But as we know, it is all a lie for political gain. Texas has proved to us that we can get along.  Decency and humanity still abounds in the hearts of Americans everywhere.  That is a story worth telling and message of hope worth sharing. But it is not a message or story the enemies of freedom want you to hear. But it is obviously a message that resonates with mothers with thousands of mothers in more than 3,000 cities in every state in America have signed the Declaration of Mothers and joined the march—proclaiming that truth is self-evident, family matters, and freedom is worth fighting for.

So why should you join the Mom’s March for America?

Because we’ve been on the defense way too long and the enemies of freedom are stepping up the game. We can’t win this battle in four-year cycles.  We need to gear up for the long game. And it’s time to bring in the offensive line—the Moms!

There is an all-out assault on freedom. As Rush Limbaugh said a few years ago, the objective is “converting this country into pure, undisguised, unmistakable socialism with an expansive, growing government, with attack after attack on achievers, on prosperity, on capitalism, on successful people—the effective elimination of the constitution.”

We need to strengthen, support and encourage each other in the battles before us.  Our nation is being destroyed from the inside out. We can’t fight it from the outside in and expect to win. There are forces seen and unseen trying to steal the hearts and minds of our children—the future of America. We are the first and last line of defense.

I believe this is the very reason the Lord it put on my heart to hold the Mom’s March for America–to unite us together as mothers to stand for truth–even when it is inconvenient or unpopular; to sustain the Constitution even when it means we’re wrong, to promote liberty even when it’s really hard.  As mothers, we are the keepers of the culture. We set the standard for decency, civility and liberty in society; and our nation will only rise as high as the bar we set. It will go no further.  It is time to raise that bar and raise it high! We need to band together as mothers and stand for truth and defend our divine rights as mothers to protect, teach and nurture our children. In today’s cultural climate promoting a love of liberty in the home has become vital to our nation’s survival.

Why should attend the live event in Omaha Nebraska for the Mom’s March?

Because when you show up, it sends a powerful message.  When we unite together it makes us stronger. We need to band together as mothers to support and encourage each other so that we may be more prepared to fight the battles before us from without and within.

Our nation is in crisis and if it is to survive the mothers must be part of the solution.

Benjamin Rush, one of our Founding Fathers, attested to this when he stated, “The women of America have at last become principals in the glorious American controversy.  Their opinions alone and their transcendent influence in society and families must lead us on to success and victory.”

Join Sarah Palin, Candy Carson, Missy Robertson and many more awesome moms in Omaha, Nebraska for this national gathering of mothers. Jump in the car and bring your sisters, daughters, mothers, friends and join us face to face. This isn’t just an event, it is the beginning of a movement of mothers unlike we’ve ever seen. The mothers of America have just engaged!

BIO: Labeled by the media as “an unabashed America-loving homemaker”, Kimberly Fletcher is the president and founder of Homemakers for America, author of “WOMEN: America’s Last Best Hope” radio host on Omaha’s The Answer, and contributing writer with Townhall.com.  Kimberly is an Air Force wife and mother of 8 children, who has made it her personal mission to educate and inspire the women of America to realize their immeasurable worth and powerful influence on society simply by being who they are.  Though she travels all over the country speaking and sharing her love of liberty, her most favorite place is cuddled up on the couch with her children and a good book.