A Powerful Solution To America’s Frustration With Government

Boy, America is really humming along these days with Trump and the Republicans at the helm.  Well sort of. Jobs and pay are increasing.  The stock market has been on a steady rise since Trump won the election in November of 2016, except for a recent, significant correction.  The new Tax Cut and Reform Act is putting more money back in the pockets of average Americans.  Corporations are bringing manufacturing back to America and repatriating their billions of dollars held overseas because of previous high American tax rates, now lowered.  The Veterans Administration is finally working towards serving veterans with the respect and dignity they deserve and VA deadwood is being fired.  We’ve placed one more “good guy” on the U. S. Supreme Court and more conservative justices are filling up our lower courts.  Trump seems to be handling our foreign policy with more determination and forcefulness than previous presidents and ISIS is said to be on the run ….. in spite of Trump’s somewhat irritating shortcomings.

There is optimism in America these days, especially after the eight-year dull drums of the Obama Administration.  But don’t be fooled.  That optimism is based on a false premise when considering that the very foundation of American financial security and liberty are teetering on the edge of a cliff, virtually tipping precariously towards a socialist and bankrupt abyss.  With the national debt now standing at $20.6 Trillion, Congress has just added precipitously to it with the current budget deal ($1.2 Trillion Deficit for 2018) and entitlements have been driving the debt into the clouds for decades where most low-information voters have their heads.

And the irresolvable national debt is only one of many problems facing America and Americans today.  Due to insane immigration policies, mostly championed by the left, America is suffering from an illegal alien and drug invasion.  Any attempts to fix it by these irrationally compassionate 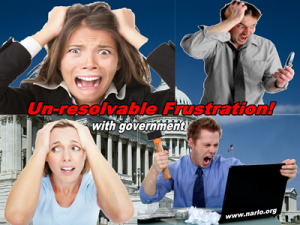 ignoramus politicians, (amnesty) is to encourage more illegal aliens to cross over the border and go into hiding in the bowels of America, never to be seen again, except at the welfare office, or the DMV, or until they kill, shoot, run over, or rob a lawful American citizen and get caught.

Then of course there is health care, which Obama and the Democrats screwed up royally and made a “fix” almost impossible, politically.  If the Democrats helped the Republicans in a “fix”, or a repeal and replace, (which they won’t) then the Democrats would have to admit that they made a huge and costly blunder that has and is costing Americans billions of dollars in premiums that don’t cover anything because the deductibles are so high.  Meanwhile, middle-income productive Americans, who have virtually lost their health insurance under Obama Care, are paying the taxes that are paying for the health care of lower income people who get their health care for free.

We would be derelict if we didn’t mention American public education and academia that have managed to turn objective education into intense indoctrination for collectivism, multi-culturalism, political correctness, socialism, radical environmentalism, one-world-order and other un-American gibberish.  Leaders in education have further managed to brainwash their student population with the Progressive ideology for decades.  The force of a liberal biased majority, the press, progressive professors and outright violence, have effectively silenced conservative thoughts and ideas.

Since the 1960’s American politicians, mostly Democrats, have given “butter” greater priority than national defense.  65% of the federal budget goes into Welfare, Health Care, Pensions and Education. ($2.645 Trillion – 2018)  Only 22% of the budget goes into defense in what has become a very dangerous world that seems destined to launch itself into all-out war at any moment.  ($886 Billion)   Russia and China are testing us daily and North Korea and Iran have nukes.  But there are very few votes in defense, only lobbying pressure.  However, there are tens of millions of eager Democrat votes in welfare, health care, pensions and education.

National and international radical environmentalism, now taught as a religious cult in the public schools and colleges, has convinced the lion’s share of the population that man-caused global warming is real and environmental protection supercedes constitutionally protected property rights.  It has gotten so bad that rural landowners have become second-class citizens with no rights whatsoever.

This is only the half of it.  America has generated a political system where the tail wags the dog.  The “Deep State” which consists of government employees, mostly leaning left, now have the power to direct public policy from within and derail any policy (or investigation) they don’t like.  They have the power to make rules with the force of law that the Congress never sees.  But under Article 1, Section 1 of the U. S. Constitution, only the legislative branch has the power to make law.

In one recent period the Congress passed 214 laws.  In the same period the federal bureaucracies passed over 3,000 rules.  Most of those rules have a socialist or an environmental agenda and most of them are unconstitutional on their face but are never challenged.

It gets worse.  This same political environment has set up a system of spoils and those spoils go to “establishment” politicians where the political parties and the lobbyists are merged into one big giant racketeering enterprise.  The “I’ll rub your back, if you rub my back” has been taken to new heights, covertly hidden under the guise of a so-called representative government.  Anyone that tries to break up this politically entrenched racket will quickly find that their assets, their reputation and their very life are in imminent danger.

Most politicians care not one whit about America or the well being of Americans, nor do they care about constitutional principles of liberty.  They only care about being part of the racketeering cabal, the spoils that come with the office and getting re-elected so that they can continue to reap their ill-gotten gains, gains they purloin from American’s sweat, blood and tears.  There are some exceptions of course.

One of our readers wrote in response to our recent article on corruption:

“The corruption is so bad and it has been going on for so long people accept it as normal.  Nobody will do anything about it as long as they can fill their bellies, drive their cars, live in a nice home and have a little free time.”

“Until that is taken away I don’t see anybody doing anything about it and that is why they printed phony money for so long to keep the charade going.  It’s all a dog and pony show.”

They may get mad but will they do anything about it?

Those that have any intellect at all know exactly what is going on, but appear to be helpless to stop it.  All that is heard are moans and groans, along with a million books, essays and articles, describing what is wrong with America, but offering no solutions.  Many well meaning individuals and groups across America are trying to make a difference, but separated and divided and without sufficient monetary resources, or bodies, they have no power against the “Deep State”, the “establishment”, or the Progressive/socialist mindset majority that has gripped the nation for a hundred years.  Their very separation and division precludes them from implementing a viable solution.

The big question is, how do you peacefully dismantle this long reigning, powerful “Establishment” and “Deep State” racket and re-build a Constitutional Republic America?  It is no easy task without tearing the nation apart and sending it reeling into chaos.

Much conventional wisdom says that there is no way to restore what has become a corrupt American political system, without massive unrest, a civil war, or even a revolution.   We’re not in that camp.  America’s problem is parallel to how to convert radical Islamists into peaceful Islamists, although not as extreme.  In America, the problem is, how do you de-program a people that have turned into Progressive/socialists, back into free thinking, self-reliant Americans with God given unalienable rights?

No matter how you slice it, the problem and the solution are generational.  However, many patriotic Americans, anxious for instant gratification, don’t want to wait for a generation or two and they are itching to fire the first shot.  Sadly, once the first shot is fired, the personal toll will be devastating and the outcome un-predictable.

Most people have overlooked another viable solution because it involves the difficult task of changing the hearts and minds of a large portion of the population.  That is never easy and it always takes a powerful IDEA and an in-ordinate amount of time that most people are not willing to endure.

Think back.  Freedom did not come easy to the colonists but freedom was born nevertheless in that fateful year of 1776.  The foundation of liberty lives today because of their sacrifice and the sacrifices of millions of Americans who gave their lives so that freedom might survive, albeit somewhat diminished.

Christianity, now over 2,000 years old, went through ages of turmoil, strife and evolution, but Christianity is still fairly strong today.  Most of the other world’s religions have evolved into the peaceful recognition of the sanctity of life and the powerful, positive and practical virtues of honorable human behavior ….. that is all but one.

Unfortunately, the IDEA of freedom was buried under the false flag of Progressivism that started over 100 years ago and now millions of Americans have no concept of what freedom really means.  They ignore the problems America faces that we have described in this article.  They have to come believe that they ARE “subjects” of the government and that is the natural way because they have no other perspective or point of reference upon which to change their belief.  It would take an emotionally powerful IDEA for them to undo what they erroneously perceive as reality.  Is there such an IDEA out there with that much power?  Yes!

There are two choices for those who care about the preservation of individual freedom.  We either accept the status quo as “subjects” of a hopelessly corrupt American government that fails to discharge its duties to preserve, protect and defend the Constitution of the United States and defend individual liberty, OR, we unleash the power of an IDEA that was buried by Progressivism to reclaim our natural, God-given birthright to life, liberty, property and the pursuit of happiness.  Anything short of that is slowly evolving slavery.  We’re half way there.

What if there was a “Powerful solution to America’s Frustration with Government?”  If you are as frustrated as we are by the fact that there appears to be no solution to America’s ills, we strongly urge you to take a few minutes and peer into our “CRYSTAL BALL” and find out what happens ….. if we do nothing.  Then explore our IDEA that possesses the power and the elements to save America from a fatal, self-inflicted wound.