A Texas Mayor Defends the Constitution from Sharia Law

Time and again in every election we see politicians promise everything, and once elected deliver very little or nothing. Beth Van Duyne is a welcome exception and her past record clearly proves it. A person of impeccable integrity, Beth has always remained loyal to the values and wishes of her constituents and has not compromised them on the altar of political expediency so widely practiced by self-promoting politicians. A devoted mother beaming with energy and the talent to get things done, Beth is indeed the kind of person the US Congress desperately needs. 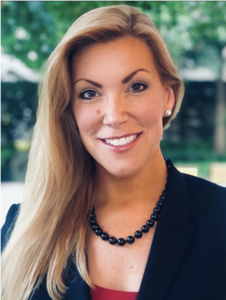 Under Beth’s leadership as a Mayor of Irving, TX, the city became one of the best and safest towns in the great state of Texas. Beth Van Duyne’s achievements attracted the attention of President Trump’s administration and accepted to serve, this time, at the national level in the Department of Housing and Urban Development Office in Fort Worth.

Van Duyne’s reputation soared outside her city since February 2015, when she became aware that some Muslims intended to create a Sharia court in Irving, TX. To follow with her oath of office, she wanted to make sure if in fact, these stories were accurate.

Van Duyne went directly to the source, the Islamictribunal.org website. What she noticed was shocking. The imams at the website referred to themselves as “attorneys” and “judges” even though none of them were lawyers or practice law in the State of Texas. She noted a phone number for legal services. There was also a disclaimer at the bottom that read:

“Don’t send us any confidential material, before an attorney-client relationship has been established.”

They were even charging for their services. They listed divorce cases, product liability, business, and real estate litigations as their legal specialties.  Mayor Van Duyne wanted to know why anyone would subject themselves to Sharia law in the United States while everyone is protected under the U.S. Constitution! And she repeatedly noted, her biggest concern was for women were treated differently than men under Sharia law, put at a great disadvantage, and denied basic rights we are all guaranteed.

Despite a great deal of pushback and non-stop attacks from the leftist media in Texas, Beth Van Duyne, a woman of great courage managed to push the envelope off the table on Sharia’s implementation in her own U.S. city: Irving, Texas. The Mayor wasn’t aware of the extent of Sharia practiced by the Islamic Tribunal. So, she asked lawmakers at the Texas Homeland Security Forum to investigate the legality of this group in North Texas.

In a direct and powerful response, she refuted that it was authorized or approved by her office. The Islamic Tribunal was the first of its kind in the nation. Its members had begun deciding “non-criminal” cases, even though none of the tribunal members was an attorney. On her Facebook page, the mayor wrote:

In the hope that this issue would be put to rest, the Irving City Council, headed by Mayor Van Duyne, supported a bill in Texas Legislature, HB 562, to reaffirm people would be protected from the use of foreign laws. If passed, it prohibits Texas judges or justices from the use of any foreign law in any cases where there was a possibility that a person could lose his or her Constitutional rights.

Being fully prepared for the backlash from the left-wing media, the resolution was crafted without using the words, “Sharia law,” “Sharia,” “Muslim,” “Islamic,” or “religion.” It simply stated the obvious, that the United States has at the tip of its legal pyramid the Constitution and under it a substantial body of federal, state, local laws, ordinances, resolutions, and huge volumes of case law that together have served us well since the ratification of the Constitution. “This bill does not mention, at all, Muslim, sharia law, Islam, even religion,” said Van Duyne. “It specifically talks about foreign laws not taking precedence over U.S. laws and those in the State of Texas.”

When the City of Irving came out with this resolution, they invited Muslim imams to come and support it. “When we had met them in private, we asked the members of the mosque if they would support our American laws and if they would support and follow our Texas State Statutes, and they told me in that private meeting, yes, they would,” stated Mayor Van Duyne. The Mayor sent them the Bill, but not only did she not hear back from them, but when she did, a protest group went into the town hall to protest and object to it.

Muslim groups did their level best to have the resolution fail. Fortunately, the Mayor held a hair’s-breath margin when the resolution passed by a five to four vote majority.

The Texas Senate passed a bill that year, forbidding the implementation of any foreign laws, which would adversely affect any person’s Constitutional rights. Senator Donna Campbell said that her bill doesn’t mention Sharia law at all, only guarantees that no law from “foreign courts” would be used to override American law in settling civil matters according to TheNewAmerican.com. Unfortunately, the Bill failed to pass in the House.

On that day, Mayor Beth Van Duyne stood tall and strong to preserve, protect and defend the Constitution of the United States for you, me and all Americans.

Dallas County, the State of Texas and the US Congress desperately need Beth Van Duyne, an effective leader who fights for American values.