While on a basketball tour of China, those young men felt the necessity to steal with a feeling of immunity.  When caught, they faced 10 years in Chinese prison.  Fortunately for them, President Trump visiting China himself, leaned on the Chinese dictator to allow their release.  Within a week, those young men returned to America.

“I want to start off by saying how embarrassed and ashamed I am for disappointing my family, my teammates, my coaches and the entire UCLA community,” said Riley. “I take full responsibility for the mistake I have made — shoplifting.”

“What I did was stupid,” said Hill, “there’s just no other way to put it.”

“I’m extremely sorry for those who I let down,” said Ball, who is the younger brother of Los Angeles Lakers player Lonzo Ball. “And I take full responsibility for my actions.”

In reality, they didn’t take full responsibility for their actions.  They practiced shoplifting as a way of life in the USA.  Previous to China, they shoplifted their entire teen years.

Loss of inventory from stores — due to causes including shoplifting and employee theft — cost the U.S. retail industry nearly $48.9 billion in 2016.

That adds up to over $20,000,000.00 (million) daily stolen out of stores nationwide.  While the study failed to give a breakdown in racial numbers of shoplifters—Detroit, Michigan gives a good indication of the end result of wholesale loss of citizen accountability and personal responsibility.  During the 70s, 80s and 90s when I worked full time in Detroit, where African-Americans dominated the city in numbers—they shoplifted so much that entire grocery stores suffered bankruptcy.   Blacks car-jacked people stopping at stop lights.  Graffiti dominated every street corner and they burned cars and tires on the streets. 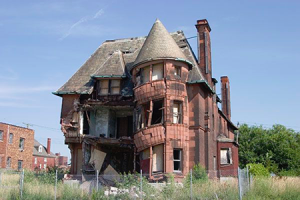 Their schools suffered a 78 percent dropout-flunkout rate as reported by Peter Jennings at ABC News at the time.  Over 1,000,000 (million) whites fled Detroit to bring the population down from 1.85 million to a reported 650,000 today.  Much of Detroit looks like a war zone of abandoned houses and commercial buildings left in ruin.

Unfortunately, those basketball players reveal a greater crisis in the African-American community.

Although blacks consist of 13 percent of the American population, they make up 52 percent of homicides.  Out of 2.3 million in U.S. prisons, blacks dominate the number of inmates.  In schools such as Detroit, Michigan; Chicago, Illinois; New York City; Denver, Colorado and many more large cities, blacks dropouts-flunkouts surpass 50-60 percent of student bodies.

Worse, and this may be the defining moment of African-Americans’ legacy in America in 2017:  7 out of 10 black children arrive in America born out of wedlock.  Their mothers conceived them into the world with no thought or idea or ability to pay for them or care for them. No fathers to guide them into responsible adult lives!   And, most of them grow up subsisting on welfare. 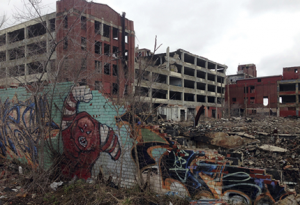 During one of my long 14 days working in Detroit, I picked up a Detroit Free Press to read that one black lady birthed 24 kids while on welfare.  That’s how she made her living—making babies on Aid to Dependent Children welfare checks.

While Black Lives Matter along with Al Sharpton and Jessee Jackson march to stop police violence toward blacks, they don’t speak a word that 6,000 blacks murder 6,000 blacks annually via guns, knives or fists annually.  Domestic violence to women and kids dominates the news in Chicago where 4,000 gunfights occurred already in 2017, much the same as last year with 700 deaths from gun violence.  And note, Chicago remains a ‘gun free’ zone.  In reality, Chicago remains a ‘war zone’ in America. More people suffer death in the streets of Chicago than Iraq and Afghanistan.

When I taught in the inner city of Grand Rapids, Michigan in the early 1970s, I saw it first hand.  While I carried enormous idealism into my teaching career, I fled the inner city.  Totally hopeless trying to bring education to those kids who returned home to violence, drugs, incest and destructive family conditions!

What can be done for African-Americans facing such horrific negative odds in inner cities like Detroit, Chicago and across the USA?

First of all, instead of spending a reported $3 trillion on 17 year long wars in Iraq and Afghanistan that have accomplished nothing, and rebuilding their countries (after blowing them up)—we need to spend $3 trillion on our own citizens.

In the end, we need to bring every child into this world with a chance to live a viable, positive and contributing life in this society.   At the moment, and for the past 30 years, we failed and failed miserably.  While 80 percent of Americans enjoy a good life, jobs and families—it’s time for national political leaders, educational leaders and commercial leaders to solve these challenges.