America Will Either Thrive Via Liberty Or Die Under Socialism/Tyranny

Ever since the first pilgrims landed on our blessed shores there has been a constant battle between Liberty and Tyranny.  Despite the obvious blessings of liberty, a combination of freedom and responsibility, there are those who do not want you to be responsible for yourself.  Ruthless individuals ranging from John Dewey, Carl Marx, Lyndon Johnson, Hillary Clinton, AOC and just about all democrats hate true liberty.  Because where there is true liberty then the people are of a high moral character and do not require nor need a controlling bully government to brutally dominate over them.

Every gruesome step our republic has lurched toward a dark immoral existence, can be attributed to the seeds of evil planted by ACLU attorneys and government school indoctrination.  The American people have been increasingly indirectly dominated by the American Civil Liberties Union.  That organization has been successfully carrying out the wicked mission of its Communist founder, Roger Baldwin.  In my opinion it does not take a genius to understand that the ACLU and all leftists slithering throughout society hell bent on killing America.  Their legions of lawyers number in the thousands.  The primary duty of ACLU attorneys is to sue anyone breathing who dares to uphold the standards that were at onetime considered bedrocks of society.

I am still amazed at the high level of ignorance amongst many Americans concerning the loathsome mission of the ACLU to demolish the USA via the leftist legal system.  Even more devastating is learning how many others defend the ACLU, as if it was an organization of well-meaning soldiers of Liberty.  In actuality, the ACLU not only wants to wipe out your Liberties, but even the functioning norms between men and women and parents and their children.  I believe the ACLU presents a bigger threat to the United States than Russia and China combined.  For there is nothing more dangerous than an enemy seeking to destroy you that was formed in your midst, knows your history better than you do.

Sadly, most Americans are ill equipped to intellectually duel with the ACLU.  The main reason being the systematic practice of government school educators to indoctrinate students to make them void of understanding of or caring for our republic.  ACLU founder Roger Baldwin stated, “I am for socialism, disarmament, and ultimately for abolishing the state, itself an instrument of violence and compulsion. I seek social ownership of property, the abolition of the propertied class, and sole control by those who produce wealth.  Communism is the goal.”

Baldwin had a major hatred of Christianity.  Because he understood the underpinnings of Liberty and the unalienable rights of the individual were for the most part derived from the belief in God who shed his grace upon this beloved nation.  He wanted none of that for “We the People.”  Just as AOC and most democrats today disdain the concept of you and I having equal opportunity.  Their preference would be to force us to endure equal results, with misery and injustice for all.  The results of their philosophy is manifested throughout the world, with the same awful results inflicted upon the incurably ignorant masses. 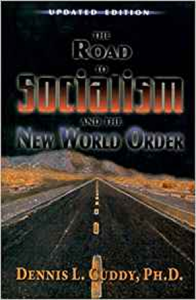 Roger Baldwin, like socialist democrats today including Mrs. Clinton had a huge disdain for the common man and considered him not worthy of self determination.  Come to think of it, democrats have a long history of disdain for others including black Americans they were able to hoodwink into bowing before the golden donkey for decades.  To fully understand how the ACLA and their democrat allies were able to convince Americans to expect a good utopia to appear in the midst of dictatorial regulations is mind boggling.  The results have been and continue to be horrible.  The dying cities of San Francisco, Los Angeles and Seattle are premier examples.  In fact, almost the entire state of California is a text book example of a combination of ACLU and socialist democrat assaults against liberty and societal stability.

In future columns I will delve further into the evil madness that is the ACLU and how to overcome their mission to literally destroy our America.  Do not miss The Ron Edwards Experience talk show Fridays at 4:00 PM EST, 3:00 CT, 1:00 PM PT via americamatters.us and 12:00 AM EST Sundays on the TalkamericaRadio.us network.  The Edwards Notebook commentary “Blows away the myths and reveals the truth overnights on over 200 radio outlets coast to coast, during the Captain’s America Third Watch talk show.

About the Author: Ron Edwards

Ron Edwards, producer and host of The Edwards Notebook, a syndicated radio commentary, is a talented and gifted commentator with over two decades of experience. Ron Edwards is a well versed journalist with a fiery delivery of information, thought provoking conversation, and humor. The Edwards Notebook delivers a wealth of knowledge in an entertaining and educational format. Ron Edwards brings to the airwaves unapologetic truth sure to keep his listening audience tuned in every time. He is respected by friends and foe alike for is consistency of conviction and originality in commentary. Ron Edwards has served for over 25 years as a news anchor in several Midwest markets including Cleveland and Detroit. He has been a guest of television, radio, and has had numerous articles written about him throughout the United States including, The Detroit News, Headway Magazine, Houston and The Call and Post, Cleveland. Ron Edwards broadcasting history includes news anchor in major markets, such as WJMO, WCPN, and WGAR, Cleveland and WWJ, WJR and WDTK, Metro Detroit. The Edwards Notebook can be heard on many radio stations throughout the U.S., daily on Constitutional Patriot Radio and coming in October, Ron Edwards will host his own show with Constitutional Patriot Radio. The Edwards Notebook airs on WDTK FM 92.7 and AM 1400 on Fridays at 7:30 AM EST, Saturdays at 9:30 AM EST, WWII 720 AM, Harrisburg, PA, The Rick Swier Show on WWPR AM 1490, Talk Sun Coast Radio in Florida. Ron Edwards also guest hosts "The Freedom's Journal" every Wednesday 11:00 AM on Urban Family Talk and the American Family Radio Network. He is also a weekly contributor with Fairfax Free Citizen, an online newspaper, www.fairfaxfreecitizen.com Ron Edwards is also a highly sought after reoccurring guest on the top rated talk show "Let It Rip" on Fox2 TV, Detroit. Ron Edwards is a recurring guest host for the syndicated "Bob Dutko Show" which airs on the Crawford Broadcasting Network. Ron Edwards tours the United States to address this republic on where we are as a nation and to illuminate the path on where we go from here. Visit at: twitter@theronedwards, Facebook Ron at Friends of The Edwards Notebook. Website: www.theronedwards.com E-Mail: ronedwards@edwardsnotebook.com