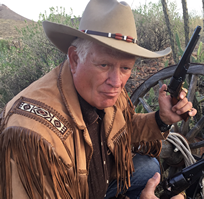 Even under the best of conditions, the practice of “civilization” tends to be a somewhat messy affair. Humanity has a long history, going all the way back to the Garden of Eden, of having difficulty in following the best path; I reference a rather well known account of a nefarious serpent providing maliciously erroneous information to unassuming people. Unfortunately, I must report that the serpent is alive and well in the modern world today, and is happily and enthusiastically directing talking points for much of major media!

The original goal of our Democratic Republic was more about providing a reasonably equitable environment for citizens to live, work, and raise their families in, as opposed to an arbitrary communistic system of dictatorship. Our Founders promoted equality of opportunity, but not equality of results; this fact is apparently lost on many of our modern day social prognosticators! The current crop of invasive punks, whose mailing address is in their parents basements, along with other rabble rousers on the streets who want to destroy our country and remake it into their socialist or communist fantasy, would do well to review the historical record of what happens to idealistic idiots when their puppeteer’s purposes are gained. Are these clowns really so stupid as to believe that millions of armed Americans are going to mimic gutless and or criminal so-called leadership, and give up hard earned homes and businesses to construct a socialist paradise? Obviously, these nitwits are unfamiliar with the term: “Fire For Effect!”

Let’s cut to the chase: the real issue that our country is struggling with is the battle for “other people’s stuff!” The tragic video images we have all been subjected to in recent weeks has given license and opportunity for well funded and well organized groups of Bolshevik types, including Antifa and Black Lives Matter, an excuse to riot, steal, batter others, (including other minority citizens) and even commit murder, while garnering praise from criminal office holders and globalists. The planning was already done, with resources in place and just waiting for a suitable event to smokescreen their assault. And this sad and needless calamity has also given a number of celebrity retards and political prostitutes, demonstrating their feigned “righteous indignation” and “virtue signaling,” a platform to create what amounts to a social media lynch mob. If the sanctity of Black Lives really mattered to most of the so-called “outraged-and-shedding-crocodile-tears” demonstrators, then the first group to be called to account for black murders would be other black people, who kill many more blacks than all other attacking groups combined, excepting, of course, for Planned Parenthood, which is far and away the main extinguisher of black lives. If the truth be known, then much of this moral fury on display, is more about the re-distribution of wealth than concern for the well-being of any others, downtrodden or not. (We don’t really know what happened in Minnesota. We saw sickening pictures that we (as remote viewers) cannot verify to this point, and thus cannot make a rational or final judgment— that is what courts and juries are for. As a professional investigator, I have seen time and again where circumstantial evidence was wrong, and even eyewitnesses are not always reliable. And this is why mobs should not conduct hangings on the spot of a supposed crime! The media has already had the trial and conviction, but who said media was ever impartial or objective!— There is a famous tombstone in Tombstone’s Boot Hill which reads: “He was right; we was wrong; we hung him anyway; now he’s gone!”)

Other indications of communists at work would include the demand for “purity of intent,” whereas offenders must continually grovel and beg for forgiveness from self appointed (or self-anointed?) moral judges, for supposed past politically incorrect thoughts and or actions. We can look to a number of examples of how this works out: the Chinese communists, in their rabid effort to achieve cultural cleansing and perfection, eliminated millions of their own citizens in the “Great Leap Forward,” and Pol Pot, the Cambodian monster, punished anyone who wore glasses, as it was suspected that they could actually read— these poor folks were under suspicion of being intellectuals, and REAL intellectuals don’t make good communists! And speaking of intent, the North Korean dictator had one of his military officers executed because said dictator didn’t think the officer clapped enthusiastically enough after one of his speeches!

For a little history lesson here, former President Lyndon Baines Johnson can take a lot of credit for the current climate of racial tension in our country today. His Great Society’s expansion of Aid for Families with Dependent Children (AFDC) turned out to be hugely detrimental to the existence of two parent black families. This do-gooder debacle encouraged removal of black fathers from black family homes, and helped create an ongoing climate of entitlement dependency. And dependent segments of society, regardless of race, tend to become voting blocs and tools for unscrupulous politicians in their unquenchable thirst for power. (Fatherless children often become unruly teenagers, who regularly become incarcerated adults!) Entitled groups become “protected,” and then, “untouchable,” and finally come to be regarded as generally “incapable!”

LBJ was only one of a long line of political and globalist manipulators. Years ago, I remember hearing some people make fun of and deride the John Birch Society for having the temerity to question the real mission of the United Nations and the deterioration of our culture. Well, guess who turned out to be correct! Governmental takeover and centralization of education, devaluation of human life through abortion on demand, the adoption of atheism as governmental policy, promotion of sexual confusion, the utter abandonment of Biblical directives and Christian mandates by mainline denominations, endless wars with no clear objective, desecration and removal of memorials commemorating heroic figures of the past; these are only a few of the societal broadsides our country has had to endure. And yet, we continue. Getting through the nonsense may not be pretty, but I am confident that our country will overcome it. I believe that there are still enough of us left, who read history before it was “revised” by the Liberal insurgency, to help get things turned in the right direction— there is no acceptable alternative.

♦ Purchase a gun if you don’t have one; (have at least one shotgun, one .22 Rimfire, and one BB gun in your weapons battery)
♦ Become familiar with the guns you may already have on hand;
♦ Buy all the ammunition you can afford and store;
♦ Form a plan of cooperation with like minded neighbors and associates;
♦ Have some extra food, medications, supplements, and first aid supplies on hand, as well as extra batteries and fuel;— don’t forget pet and other animal food!
♦ Picnic supplies (drinking cups, plates, and eating utensils) and trash bags— multiple can openers;
♦ Have a way to purify water for drinking;
♦ Purchase an AM/FM/SHORTWAVE radio;
♦ Procure a solar battery charger;
♦ Devise ways for communication other than with cell phones;
♦ Have multiple flashlights and lighting devices, including at least one headlight or hands free light;
♦ Have a good supply of matches and fire starters along with flammable materials for outdoor cooking fires;
♦ Have plenty of disinfectant and insect repellant, dish and laundry soap;
♦ Procure emergency shelter materials;
♦ Have extra rugged clothing as well as extra bedding supplies;
♦ Have extra changes of shoes and socks along with anti-fungal ointment or spray;
♦ Have extra cutting devices and tools, including several knives, (and sharpener!) axe and shovel, hammer, pliers, and crow bar, nails and screws, etc;
♦ Utility ropes, rolls of duct tape, plastic ties, utility chain and padlocks;
♦♦ A Good Start!

[BIO: Johnny Rowland is a widely known television and radio personality, firearms and automotive engineer and designer, recording artist, award winning movie producer, and widely read columnist.  He developed the world famous 460 Rowland line of guns and ammunition, had a Top Ten Music recording as a performer and writer in 2013, and has had well over 1 Million product views on YouTube.  Hundreds of his “Shooting Show” TV programs are now on YouTube for viewing as well.  He is a serving Arizona Ranger and is based in Tombstone, Arizona]