Home/Guest Writer, May 2022, Opinions/American Veteran in Defense of Liberty and Freedom

American Veteran in Defense of Liberty and Freedom

Real Americans have always answered the call of freedom and liberty; until this current president stole the 2020 election and got installed as dictator.

Although there are unknown numbers of American volunteers currently fighting with the Ukraine armed forces against Russia’s unprovoked invasion, this president has strongly suggested Americans refrain from traveling to Ukraine or any other country in the region; Ukraine, Belarus and Moldova.

A strong “suggestion” was apparently not sufficient for Herr Biden, however, so he instructed his minions to enforce his will as all dictators throughout history have done.

On Thursday, 24 March, 2022, US Marines were officially PROHIBITED from travel to these three countries following a “Do Not Travel” advisory put out by the State Department on 08 March, 2022, banning all personal and official travel to these countries without prior approval obtained through a Travel Clearance Request submitted via the Aircraft and Personnel Automated Clearance System (APACS). This ‘advisory’ applies to all Marine personnel and all government civilian employees. It is only a matter of time before these same restrictions are placed upon all the services and will undoubtedly be followed by similar restrictions on all civilian personal and official travel – at least internationally.

It wasn’t always this way. Previous presidents often expressed their concerns when Americans took it upon themselves to join in the fight elsewhere – but those concerns were nearly always for the safety of those individuals – not because those presidents had delusions of grandeur or were globalists seeking to impose their will upon the people as this one is doing. Concern for the safety of Americans is one thing – concern that you are losing or have already lost control over those Americans is quite another.

Examples of Americans stepping up to the plate abound throughout our history. Many early examples of this are simply individuals or very small groups taking part in foreign rebellions or other wars on their own. In April 1867, for example, a small ship called the Jackmel sailed from New York with several thousand Springfield rifles and 40 Civil War veterans to join the Fenians (aka; Irish Republican Brotherhood) and arrived in Sligo Bay, Ireland, in May 1867 where most were arrested and the ship temporarily impounded before being allowed to return to the US with its cargo intact.

With the outbreak of WWI in 1914 many Americans sailed to France to join the French Army. In August 1915 French officials approved the proposal of Americans flying under the French flag which was the brain child of three Americans – two from the US and one expatriate living in France. This new squadron was designated N.124 or, as it is better known, the Lafayette Escadrille. The squadron itself was active from 1916 to 1917 when it was transferred to the US Army Air Corps.

Over 200 Americans actually flew as members of the French Air Force, but only 38 were assigned to the Lafayette Escadrille; the others flew with other squadrons of the French Air Force. Hundreds of Americans sailed to France to try to join the Lafayette Flying Corps but the French Air Force was unable to accommodate the overwhelming numbers and dispersed the volunteers among other squadrons and, collectively, all these American volunteers were known and designated as the Lafayette Flying Corps. During their short period of service, these volunteers accounted for 199 confirmed German aircraft shot down with a total loss (including other squadrons) of 68 Americans and two of their French commanding officers. By today’s woke standards this would undoubtedly be considered racist because the Lafayette was never commanded by American officers but always by French officers. Consider, for example, the 9th and 10th US Cavalry Regiments (Buffalo soldiers); two all black regiments commanded solely by white officers. Doesn’t that amount to the same thing? 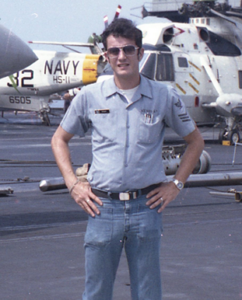 Not long after WWI came the Spanish Civil War (1936-1939). This was a war between the democratically established Spanish Republic and the fascist oriented military led by Generalissimo Francisco Franco which was backed, financially and militarily, by both Mussolini and Hitler. Militarily Hitler used this civil war to fine tune his Luftwaffe dive bombing techniques. To fight the fascists, more than 2,800 Americans sailed from America to Spain to form one of the international brigades fighting to preserve the republic and came to be known as the Abraham Lincoln Brigade which fought for just over a year (1937-1938). The international brigades consisted of approximately 35,000 anti-fascists but received little backing from western democracies, whereas Franco and his fascists were supported by fascist Germany, Italy and Portugal and received all the support needed. The western democracies never offered financial, let alone military aid to the Republicans. In their brief existence, more than half (950) of the members of the Abraham Lincoln Brigade were killed, wounded or missing.

Then came WWII and more Americans answered the call. Among them were the fliers of the American Volunteer Group (AVG) – aka; Flying Tigers (December 1941-July 1942). These aviators flew for China and, yes, they were in fact mercenaries. They were paid much higher than their US military positions paid them and also received $500.00 for every Japanese plane they destroyed (whether in the air or on the ground). Virtually all of them had been aviators in the US military (59 Navy pilots, 7 Marine pilots, 33 Army pilots) and one was none other than Gregory “Pappy” Boyington – later commanding officer of the famous (or infamous) Black Sheep Squadron and recipient of the Medal of Honor and Navy Cross.

With only 99 pilots and approximately 200 support crew, the Flying Tigers only saw combat for about seven months. In those seven months they shot down 299 Japanese aircraft, confirmed, and about the same number unconfirmed – with a loss of only 12 of their own.

When the US entered the war on 08 December 1941 the AVG (Flying Tigers) was transferred and integrated into the US Army Air Corps as the 23rd Fighter Group. Some of the pilots stayed with this Group but most of them left and rejoined their previous branches of service.

By now the war in Europe had been raging since September 1939. This brought more American volunteers who simply crossed the border into Canada to join the Royal Canadian Air Force (RCAF) where they learned to fly and fight. They were actually risking arrest by crossing into Canada to enlist in the RCAF and RAF because it violated the Neutrality Act of 1937 prohibiting Americans from traveling to a country at war, even a civil war, to fight.

The first Neutrality Act was passed into law in 1794 and had been renewed, revised and amended until its final appearance in 1939 and subsequently deemed irrelevant following our entry into WWII in 1941.,

Most of these volunteers had no prior military experience or flight experience. But when their training was completed these volunteers, or “recruits” as the RCAF termed them, were then sent to Britain where they were formed into three squadrons known as the Eagle Squadrons; they were 71, 121 and 133 Squadrons.

The first of them, 71 Squadron, was formed in September 1940 and fought during the Battle of Britain flying Hurricanes and Spitfire MK IIs.

121 Squadron was formed in May 1941 flying Hurricanes and flew primarily coastal convoy escort. In November 1941 their Hurricanes were replaced with Spitfire MK Vs.

The third and final Eagle Squadron, 133 Squadron, was formed in July 1941 and flew the Hurricane MK IIb which were replaced in early 1942 with Spitfire MK Vs.

During their brief time of service the Eagles totaled an impressive record; 71 Squadron claimed 41 kills, 121 Squadron 18 and 133 Squadron 14 ½. However, during this period 77 Americans and 5 British members of the Squadrons were also killed.

Following the news of Pearl Harbor most of the Eagle pilots wanted to transfer to Singapore to fight against Imperial Japan and submitted a proposal to RAF Fighter Command but were turned down.

After the US entered the war these three squadrons were officially transferred to the USAAF on 29 September, 1942 with most of them retaining a rank equivalent to that held serving in the RAF. These three squadrons were re-designated 334th, 335th and 336th squadrons assigned to the 4th Fighter Wing, 8th Air Force, and continued to fly their Spitfires until they were replaced by the P-47 Thunderbolt in January 1943 and by March 1944 were flying the P-51 Mustang.

Today a memorial to the Americans of the Eagle Squadrons is located in Central London, Grosvenor Square, opposite the Statue of Franklin D. Roosevelt and across from the old US Embassy location. I consider myself fortunate to have been stationed in London and the building I worked in was also on Grosvenor Square and my office looked down on the square and the memorial. I was also fortunate to have been able to visit a couple of the locations from which 71 Squadron (RAF Martlesham Heath in Suffolk) and 133 Squadron (RAF Biggin Hill) operated for brief periods.

The Neutrality Act notwithstanding, the RAF reported processing over 6,700 applications from Americans wanting to serve in the Eagle Squadrons, but only 244 actually served with the Eagles along with 16 Britons who served as squadron and flight commanders.

But another war was raging separate from WWII. This was a short war that most Americans don’t even know about today – it was called the Winter War; the the invasion of Finland by Russia (aka; Soviet Union) from November 1939 to March 1940. As in Ukraine, the Soviets were far superior to the Finns in both manpower and hardware, but also as in Ukraine they suffered heavy losses from the Finns. During this brief side-show to the World War, however, a further influx of over 350 Americans arrived in Finland to fight with the Finns against the Soviets; most of them were of Finnish descent or Finnish immigrants to the US.

In the face of this historical precedent we have a president today who has ordered that no US military or government civilian employees may travel to a country involved in a war against an aggressor such as those mentioned herein without prior approval after submitting an official request for travel. And yet the same people who approve such dictatorial methods are the very same ones who denounced President Trump for similar restrictions that were based on world health concerns.

This president has taken steps heretofore unheard of to restrict not only travel, but also the beliefs and values of the American people. If Americans wish to volunteer to defend freedom and liberty of and in another country – it is not up to the president to deny them that opportunity. Their desire to volunteer means their safety and security rests entirely with them, NOT the US government! And especially not with this mob of Nazis currently in power. They have no right to dictate the lives of the American people. Biden’s restrictions are tantamount to a revival of the old Neutrality Acts except under Biden he is making an obvious move to criminalize these American volunteers fighting for liberty and freedom in Ukraine. He has not made that declaration yet but given his track record of criminalizing American parents as terrorists and setting the FBI and DHS on these parents simply for wanting the best for their children – these volunteers may very well find themselves on a terror watch list by the DHS, DOJ and FBI.

[BIO: Gerard P. Keenan is a native of Paterson, NJ, graduating from St. Bonaventure’s R.C. High School. He also received an Associate of Arts degree from the Univ. of Maryland with a three-year major in Behavioral Science. He is a retired 20-year USN Navy veteran (Telecommunications Specialist) who served in numerous capacities; primarily overseas and aboard forward-deployed staffs (Commander US Sixth Fleet aboard the guided missile cruiser USS Little Rock, home ported in Gaeta, Italy and on the staff of Commander Battle Force Sixth Fleet aboard the aircraft carriers USS Saratoga, Forestall, Independence, John F. Kennedy, Nimitz and Dwight D. Eisenhower home ported in Naples, Italy).