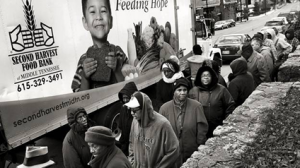 In 1965, our U.S. Senate passed the Immigration Reform Act that changed annual migration into America from 175,000 annually to 1.2 and as high as 1.5 million immigrants from all over the world every year.  Within 40 years, the United States blasted from 196 million people to 300 million in October of 2007.  From that point in 1965, we added 104 million more problems to our civilization.  We haven’t begun to solve the problems of that many people impacting our cities, our environment and our way of life.  We fantasize that our civilization can avoid the results now impacting other overpopulated countries like China, Mexico, Haiti and India.

If the 1965 immigration bill continues in place, America expects to add 138 million people by 2050 while it accelerates to over 625 million by the end of the century.  Ultimately, we will exceed one billion people.  If the current amnesty bill passes, another 20 million illegal alien migrants will enjoy instant citizenship, which will, in turn, allow chain migration of 10 members each of their families to add a possible total of over 100 million more people.

(Millions of Americans line up for food at food banks daily. Over 47 million Americans subsist on food stamps. Over 13 million American children live below the poverty line.  Poverty has become entrenched in America and grows worse with endless immigration out of the third world.)  Photography by John Partipilo

Congress passed the immigration bill without any understanding or the consequential ramifications to adding over 100 million people to the United States.  They thought not one second about environmental degradation, energy depletion or resource exhaustion.  They gave no thought to degraded quality of life or standard of living.

(Countless Americans and illegal migrants live in tent cities and in abandoned warehouses around the United States.  They lack toilets, clean water and heat. We can expect millions more as we import millions of third world refugees.  We cannot keep up with the numbers nor can we provide jobs.) Photography by Joakim Eskildsen

Today in 2013, we drive millions of cars through toxic, air polluted cities with endless honking, sirens, concrete jungles and human compaction.  We separate ourselves from nature via steel, glass and asphalt.  We face endless emotional, physiological and neurological diseases engendered by fast paced modern living. 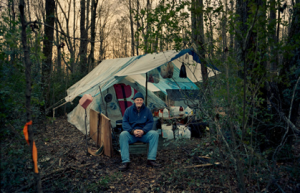 Hartman said, “Population growth in America may not be a physiological addiction, but it has become an economic, political and psychological addiction negatively affecting virtually every American.”

(Millions of poverty stricken Americans live in trailers. Two of Adell White Dog Johnson’s grandchildren sleep in their strollers near their family’s burned-down trailer in Eagle Butte, S.D. Adell, 45, had complained about the wiring the previous week. No one was hurt in the fire, but her family lost everything they had, including a computer they had recently bought. Adell, who also lost her previous trailer to an electrical fire, makes less than minimum wage as a dishwasher at a local restaurant. FEMA sells Native Americans condemned trailers which are dangerous to live in. Residents also have little incentive to buy their own home, since it disqualifies them from receiving general assistance. The system on the reservation, created in part by the Federal Government, has created a dependent society, the antithesis of Native Americans’ desire to be a self-reliant and sovereign nation.)  Photography by Joakim Eskildsen

Today, yet another U.S. Congress not only huddles to give 20 million illegal aliens instant citizenship, they may include adding another one million immigrants to the 1.2 million that already legally migrate into the USA annually.

We already see the horrendous consequences in America with our current 315 million population.   Hartman asks us to reconsider what it will be like when we reach one billion. China didn’t ask the question until too late and India refuses to ask it.  It shows the power of culture and religion over common sense and rational thinking. 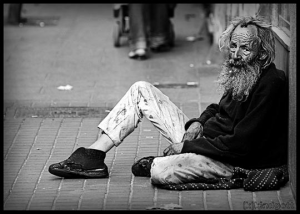 Hartman said, “America’s population pushers have a variety of motives. However, many have one trait in common: they have never asked themselves the question, ‘How many Americans are enough?”

Instead, they push for “exponential growth” that leads to ultimate collapse as discussed earlier in this series.  How can such persons be so myopic?  You might call it our national heritage to harness capitalism, manifest destiny and a religious conviction to “go forth, multiply and take dominion over everything.”  Unfortunately, that makes for a deadly combination of destruction of the air, land and water.

Today, yet another 535 congressional critters huddle to expand mass immigration.  Again, they lack the intellectual talent or environmental understandings of the impacts of millions of added people.  They prove the following statement: “The First Basic Law of Human Stupidity asserts without ambiguity: always and inevitably everyone underestimates the number of stupid individuals in circulation. At first, the statement sounds trivial. Closer scrutiny reveals its veracity. No matter how high are one’s estimates of human stupidity, one is repeatedly startled by the fact that: people whom one had once judged rational and intelligent turn out to be unashamedly stupid. Additionally, day after day, with unceasing monotony, one is harassed in one’s activities by stupid individuals who appear suddenly and unexpectedly in the most inconvenient places and at the most improbable moments.” (Source: Carlo M. Cipolla, Professor of Economics, UC Berkeley)

As you read this series, you cannot help but scratch your head as to our ongoing folly as a civilization.  It’s as if we cannot help ourselves.  Nonetheless, we must discover the courage and fortitude to save ourselves.

(The face of poverty in our American cities.)  Photography by www.photopoly.net

Economist Kenneth Boulding said, “Anyone who believes in indefinite growth on a physically finite planet, is either mad or an economist.”

At the end of his book, Hartman offers 13 methods for you to take action.  You must remember that a constitutional republic demands citizen participation.  We must take action to make sure those congressional critters take the right action.  Our destiny is not a matter of chance, it’s a matter of our choosing to act and fulfill a positive outcome.  You cannot wait for your future to unfold positively; you must make it a positive future for yourself and your fellow creatures that share this planet with you.

Hartman urges a “A U.S. Population Policy” that will move us viably into the future.  We may avoid the fate of countless civilizations before us by taking action to balance our numbers with the carrying capacity of this planet.