An Irrevocable Message To Every Politician And Bureaucrat

“I have embraced crying mothers who have lost their children because our politicians put their personal agendas before the national good. I have no patience for injustice, no tolerance for government incompetence and no sympathy for leaders who fail their citizens.”  —Donald Trump

We finally get it!  For a growing number of us, it is now crystal clear what you are trying to do and have been doing for far too long.  You think we are ignorant, stupid, naive and apathetic.  Some of us are.  But our eyes are opening now.  It took eighty to one hundreds years of us looking the other way, while you pretty much did whatever you wanted to do, under the Progressive umbrella.  But those days are over.  The pendulum swings slowly, but it swings nevertheless and it now swings towards freedom.  The recent riots, looting and arson in protest agains alleged systemic racism has opened our eyes even further to your plans to forever and fundamentally transform America into your distorted and myopic vision of some socialist utopia.   Your method to achieve your goal is force, intimidation, guilt and fear.

We are watching and we are learning and we are telling others to watch and learn as well.  Your free hand to strip us of our individual 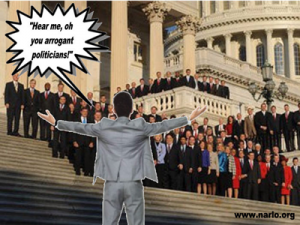 rights, our property and our pride and tear down our institutions of freedom and liberty that made America one of the greatest, most prosperous and most generous nations on Earth, is finally over.  Oh you may have a few more years yet to chip away at our freedom and our sovereignty, especially if Joe Biden is elected President, but nothing lasts forever and we are waking up to what you have created and what we let happen.  We are finally able to see through the clouds of propaganda and lies you have used to shroud the light of our Sun, as well as our liberty.

Sure, you have been successful in buying off a large segment of the American population and they won’t bite the hand that feeds them, but there are those among us, who have pierced the veil of your deceit and are now on a path to return you to the limited powers strictly authorized by our constitution.  Because of our in-attention, you have become corrupt and filled with your own power.  Your egos have been blown out of proportion by years upon years of no resistance to your chicanery.

Because you see Oh arrogant politician, there are those among us who remember what it was like before our government become seriously intrusive into our private lives, our property, our income and ultimately our freedom.

There are those among us who have an indelible memory of the principles upon which this great land was founded and have been witness to the irresponsible and unconscionable erosion of those principles.

There are those among us who have watched over the years as the “frog” (us) was slowly heated (freedoms denied) and died (became captive) in the pot because the changes in policies over time were almost imperceptible.

There are those among us that realize our freedom is directly related to the level of our involvement in the process that maintains those freedoms, but have lost our voice in screaming our concerns to the multitudes and the politicians, that have rejected our message.

There are those among us that are acutely aware of the inescapable fact that the “Price of Freedom and Liberty is truly Eternal Vigilance”.  We give homage and sincere honor to those brave souls that have been wounded or died to maintain that freedom.

There are those among us that know your Climate Change is a hoax created for the purpose of controlling the behavior of the masses, while stealing their money and their freedom.  Your Green New Deal is just an irresponsible, massive expansion of Climate Change policy.   (See: “Climate”)

There are those among us that know that the passage of Obama Care was done again to control the people, take away their choice of a doctor and a health care plan and raise their health care premiums by several factors.  Obama care was also designed to be a stepping-stone to Medicare for all and a means of increasing Democrat votes.

There are those among us that know allowing unfettered access to America by illegal aliens is a back door into creating more votes for Democrats.  Sanctuary states and cities are just another way to shelter the illegal aliens (future Democrat voters) from our immigrations laws and customs enforcement.  (See: “Illegal Aliens Have More Rights Than IRS Taxpayers”)

There are those among us that knew the Russia investigation into candidate Trump and then President Trump was in fact a silent coup against a party and a president for the purpose of rendering Trump impotent and unable to govern.  You almost got away with it.  But now you have been exposed for the frauds and criminals that you are.  With any luck, several of you will go to jail.  In spite of your silent coup, President Trump has been a very effective president for the American people on many fronts including jobs, economic recovery, decreased regulations, beefing up our military and constructive changes to foreign policy, especially China.

There are those among us that know we have allowed our government to buy our vote in return for compensation that had no relation to our labors or our investments.  For nothing comes without a price and the price has been the loss of pride, dignity, honor, self-respect and most importantly, our individual freedom.  We have been seduced, undressed, lined up and given our marching orders without a shot being fired, just like Hitler did to the German people that led to World War 2.

There are those among us who still remember the sweet smell of individual accomplishment and achievement and the rewards we received for our hard work.  But now achievement and hard work are demeaned, vilified and heavily taxed under the frauds of social justice, racism and white privilege.

There are those among us who still set high moral and ethical standards for ourselves and those around us.

There are those among us, by the millions that give of our selves in selfless acts of charity to others because Americans are truly generous people.

There are those among us that have watched in silence for way too many years as you increased your power by creating law, after law and then creating bloated bureaucracies to pass even more law, without your oversight, as is your constitutional duty as legislators.  You have wrapped the people of America in a tangled web of laws that overlap, contradict and conflict with each other, allowing the vultures of our society, lawyers, to straighten out the mess you created.  But the lawyers don’t straighten out the mess, they make it even more complicated, all the while filling their own bank accounts at the expense of the naive and ignorant.

There are those among us who have watched as U. S., and state Supreme Courts and lower level courts twist and turn our constitution and the law and legislation you pass, into travesties of injustice and betrayal.   We have watched as courts uphold laws in order to bolster the power of the legislative and executive branches of government, all the while thumbing their collective noses at the CONSENT OF THE GOVERNED and the Supreme Law of the Land.

There are those among us who see through your current attempts to destabilize America by domestic terrorists and anarchists that are Hell bent on tearing down our institutions of freedom in every city and county in America.  We are fully aware that each of you are aiding and abetting the anarchists for the sole purpose of sending fear and shock waves through the electorate so that the voters will defeat President Trump in 2020.  (See: “So Black Violence Is Supposed to Heal White Racism”)

But we are done watching.   We have awakened from our long sleep and we are awakening others.  The days of you raising your right hand and swearing on oath to preserve, protect and defend the Constitution of the United States and then doing just the opposite, are coming to an end.  There is a price for lying, deceit, propaganda and corruption and that price will catch up to you.  For the natural law states that eventually, no bad deed goes un-punished.

In short, Mr. and Mrs. politician and bureaucrat, you don’t own our land, you don’t pay our taxes or our mortgages, you don’t own our lives and you do not know what is best for us.  Mr. or Mrs. politician, live up to your sworn oath and constitutional duties, stay within your constitutional limits, protect us from all enemies foreign and domestic and get out of our individual lives.  We don’t need you and we don’t want you.  We can take care of our selves or each other, if necessary.  That is what true freedom is all about and that is exactly what we intend to defend.  We, “THE CONSENT OF THE GOVERNED” will re-assert our power over the government and stop you cold from morphing this once proud and great land into the mind-numbing mediocrity of European-style socialism.

Should you politicians and bureaucrats not heed this irrevocable message, it is written and pre-ordained that we shall come after you with the guns of rebellion and revolution, in fulfillment of the promise of the Declaration of Independence wherein it states:

“That whenever any Form of Government becomes destructive of these ends, it is the Right of the People to alter or to abolish it, and to institute new Government, laying its foundation on such principles and organizing its powers in such form, as to them shall seem most likely to effect their Safety and Happiness.”

The stage is set.  There are those among us that are itching for a fight.  Civilians are heavily armed and growing more armed by the day out of fear of rising government tyranny.  All the first act of this violent revolutionary play needs is a trigger and the trigger could be some inconsequential, unexpected event that ends up being the “shot heard ‘round the world”.  It could come at any moment.  The trigger might be the anarchists that are burning our cities, or it might even be the election of Joe Biden as president.