“…the chickens of the Democratic Party are coming home to roost…maybe then they will also realize that anti-Semitism, like most cancers, is fatal unless it’s removed.” —Michael Goodwin, NY Post

Most people thought antisemitism had been relegated to the trash bin of history after Hitler and millions of his willing German-Polish-Austrian-French-Swiss-Belgium executioners––with savage premeditation––murdered six-million Jews in the 1930s and ‘40s, and the world––significantly after the fact––seemed to wake up to the psychotic, irrational, obsessed nature of Jew hatred.

But today, less than 75 after the founding of Israel, Jew hatred has emerged from the cesspool in which it festers. The maniacal obsession with Jews is on the rise, not only throughout the Middle East and Europe––France, England, Germany, Ireland, Scandinavia, Belgium, et al––but it is also contaminating America the Beautiful!

Why? One reason is that Jew hatred didn’t really disappear after World War II. It simply went underground because people were chastened enough by the sight of crematoria-charred remains and cadaverous survivors to hold their tongues.

But Jews haters never rest. While they abstained from vicious stereotypes and outright physical attacks until they could make their dreamed-about comeback, they were driven stark raving mad when Israel was declared a state in 1948 and the straggling remnants of the Holocaust joined their brethren in the land God promised to the Jews in the Bible thousands of years ago.

Even then, the Jew haters held back, certain that on the day of Israel’s founding, the five massive Arab nations that attacked her on land and by air––Lebanon, Syria, Iraq, Jordan, and Egypt––would annihilate the fledgling state.

Instead, in its War of Independence, tiny Israel––outnumbered by millions in dollars and manpower––defeated her aggressors, increased the size of her borders and captured much of her attackers’ land.

Many wars ensued: the Sinai-Suez War in 1956, the Six-Day War in 1967, the War of Attrition in 1967-1970, and the Yom Kippur War in 1973––with Arabs attacking Israel and Israel either holding its own or winning (in spite of catastrophic losses). And after all those wars, the Arabs engaged in not one but two protracted armed-uprising intifadas––in 1987 and 2000––neither of which stopped Israel from flourishing. In fact, every encounter with Israel drove both Arabs and liberals everywhere into paroxysms of rage.

Arabs because of the humiliation…how could 300-million Arabs go down to defeat to five or six million Jews? And liberals because they only identify with losers––er, victims. It is irrelevant to this leftwing species that Arab nations include in their mission statements that their goal is to kill all Jews and wipe Israel off the map! If Israel wins a war, they are the bad guys. Such is the liberal mentality––to this day!

The religious-political-supremacist system of Islam was invented in the seventh century and has since led a relentless drive to literally take over the world, establish a caliphate ruled by sharia law––the law that mandates cutting off the clitorises of five-year-old girls, throwing homosexuals off roofs to their deaths, engaging in “honor killings” of teenage girls whose behavior they disapprove of, and killing all Jews. That sharia law.

It is no surprise that this megalomaniacal goal captured the imagination of leftists worldwide, including in our country, who share Islam’s goals, particularly of destroying America––the “Big Satan,” and Israel––the “Little Satan.”

While Islam’s biggest competition is Christianity and the billions of people who love Jesus, their chief target has always been the Jews of the world (who today number 14 million) who they’ve despised for thousands of years––since Abraham’s second-born son Isaac prevailed over his first-born Ishmael. Believe me, that’s it in a nutshell.

In order to gain a foothold in America, many Arab countries have donated multimillions of dollars to colleges and universities across the U.S. for decades, giving them de facto license to endow chairs and dictate curricula, most of which militate against Israel and paint a rosy picture of the 22 Arab nations––all of them dictatorships––that surround the tiny Jewish state.

In addition, the lobbyist groups of what Pres. George W. Bush called “the religion of peace,” have been very effective in insinuating themselves into our body politic, even reaching the highest reaches of power––in the State Department, Homeland Security, the IRS, all intelligence agencies, and even the Oval Office––especially during the Barack Obama regime. Among the many that operate openly is The Council on American-Islamic Relations (CAIR)––an offshoot of the terrorist-founded Muslim Brotherhood––which is a notorious neo-Jihadi group in the United States that pretends to be a civil rights organization.

Islamists have also poured multimillions into lobbyists and public-relations efforts to convince the world that the religion of peace is not behind the worldwide pandemic of terrorism that, as only one example, is happening today on a horrifyingly massive scale in Germany, as documented in sordid and graphic detail by Soeren Kern, a Senior Fellow at the New York-based Gatestone Institute. Equal data exist in England, Sweden, Belgium, et al.

Any surprise, then, that the florid metastasis of anti-Semitism has come to our shores?

I’ve already written about the latest Jew haters to contaminate the public discourse––the newly-elected U.S. Representatives Ihlan Omar (D-MN) and Rashida Tlaib (D-MI), and their ardent admirer Alexandria Ocasio-Cortez (D-NY)––all of them young, attractive, articulate, and seasoned in the kind of rabble-rousing that comes with training (or observing) the community-organizing tactics of Karl Marx, Saul Alinsky, and Barack Obama.

What is striking is their commonness, their utter lack of originality. When I listen to their compulsive antisemitism––kind of like watching the regurgitation of untreated acid reflux––there is not one word that hasn’t been leveled toward the Jews for the past 5,000 years. C’mon, girls, besides your jealous rants, is there even one original grievance in your arsenal? 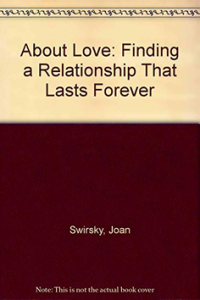 What comes to mind whenever I see or read about this echo-chamber triumvirate is the Vessel Theory I developed a couple of decades ago and wrote about in my book, All About Love. Basically, it says that whatever comes out of a person is what’s inside of a person. But I used vessels––specifically vases––to demonstrate that point.

Let’s say you come into a room and see 10 vases on a shelf. One is very ornate and beautiful, another plain and unadorned, yet another made of clay, the fourth is ceramic with elaborate artwork, a fifth is crystal, the sixth is made of Chinaware, and the seventh of woven reeds, et al.

But when the plainest vase was turned on its side, pure spring water poured forth, and when the most beautiful vase was emptied, pure sludge! You’re familiar with sludge––that muddy mixture of dirt, muck, slime, dregs, contaminants, filth.

While writer David Catron of The American Spectator calls this triumvirate a “fractious coven” and “the weird sisters,” I think they can more accurately be labeled The Sludge Sisters!

According to journalist and author Kurt Schlicter: “‘She could only get her caucus to agree to condemning all prejudice, sort of, including the tsunami of prejudice against Pacific Islanders that we all see around us so much in our daily lives. Of course, the Democrats never named the actual bigot because the Democrat base is affirmatively pro-bigotry. They hate Jews, Christians, white people, dissident non-white people, men, women who like men, and people who blaspheme against the creepy climate cult, among others.”

To add insult to injury, another Sludge Sister, Linda Sarsour, a Women’s March co-chair who believes Israel doesn’t have a right to exist, denounced Speaker Pelosi as a “typical white feminist” who does the dirty work of powerful white men, and castigated her for pushing the anti-Semitism resolution.

Not so fast, girls! All of a sudden, Ms. Ocasio-Cortez is being investigated by the Federal Election Commission (FEC) for running a gigantic slush fund with her campaign’s Chief of Staff, Saikat Chakrabarti, for funneling more than $1 million in political donations into two of his own private companies.

Questions are being asked about Rep. Rashida Tlaib’s failure to disclose her financial ties to George Soros––to the tune of thousands of dollars that were not reported on financial disclosure forms––as required by the House ethics committee. This while she announces to the world her upcoming plan to introduce articles of impeachment toward President Trump next week!

Rep. Omar has Laurie Cardoza-Moore, an Evangelical leader and president of Proclaiming Justice to the Nations (PJTN) calling on the US Justice Department “to launch a full and thorough investigation” into the congresswoman’s “possible connections to the Muslim Brotherhood” and “fundraising for two Muslim Brotherhood charities that seek to destroy America.”

Now really, do these freshman congresswomen––does anyone––believe that Ms. Pelosi is not behind these “coincidental” investigations? And further, that it is a coincidence that she proclaimed “NO IMPEACHMENT” for President Trump?

And did they think they had defeated the opposition when the weakling Democrats in the House and Senate caved to their racism by offering a watered-down, toothless resolution?

If so, they should all go back to kindergarten!

As journalist and author Bruce Bawer spells out, it may be time for Jewish Americans and the Democrat Party to part ways.

Just as Candace Owens has spearheaded the “Blexit” movement, Bawer writes, inspiring “black Americans to recognize the damage done to them by the Great Society and its aftermath [and to] leave the Democratic plantation, so has Brandon Straka led other gays to see that they’ve been “served a bill of goods by the mainstream media and Democratic Party and is now heading his WalkAway campaign.” But what about the Jews?

“Right now,” Ms. Pipko said, “as a Jewish person, you cannot support the Democratic Party and support the Jewish people at the same time.” The first JEXODUS rallies are scheduled for April in New York and Florida. 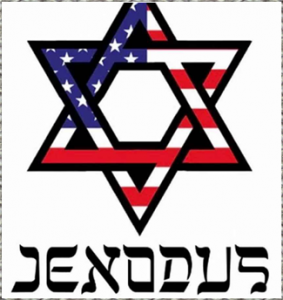 But even before those marches, the National Conference of Jewish Affairs, headed by Rabbi Aryeh Spero and his wife Beth Gilinsky, have organized a “sit-in” at the office of Speaker Pelosi at her office in Washington, D.C. at 1:00 p.m. on Thursday, March 14th.

The message is simple:

♦  Moreover, she is unfit to represent the interests of the United States on the Foreign Relations Committee.

It is wise to hearken to the words of Abraham Miller, professor emeritus of political science at the University of Cincinnati and a distinguished fellow at the Haym Salomon Center:

“While parallels to Nazi Germany are often overdrawn on one hand and too conveniently dismissed on the other, the recent decision by the Democrat Party to stand with Congresswoman Ilhan Omar and refuse to issue a resolution condemning anti-Semitism is very much like the Nazi removal of the protection of Jews in the legal system.

“The Democrat Party,” Prof. Miller continues, “has institutionalized anti-Semitism and it has once-again, as it did during the Holocaust, abandoned the Jews.”

Heads-up, sane Jews! Leave the Democrat Party of Hate today, before you too find yourselves in the 21st century’s version of the cattle cars of the Holocaust!