President Donald Trump’s newly appointed Attorney General, while keeping a relatively low profile in his first days on the job, now appears to have hit the ground running in his investigation of what many are now calling The Trump-Russia Hoax.

On Tuesday and Wednesday, the Trump-hating Democrats and news media were taken-aback when they discovered Barr had already begun his probe of the now-famous Hillary Clinton bought and paid for “dirty dossier.”

Barr selected U.S. Attorney for Connecticut John Durham to investigate the origins of the Justice Department’s and the Federal Bureau of Investigation’s probe of — and spying on —

the Trump presidential campaign in 2016. The questionable investigation continued into the Trump transition and his early weeks as Commander-in-Chief. 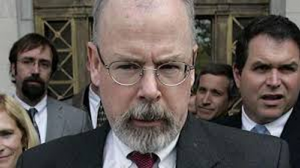 John Durham, who is the top federal prosecutor in Connecticut, will examine the FBI’s decision to open a counterintelligence investigation into the 2016 presidential election and its actions and motives for interfering in the election and “chasing” members of President Donald Trump‘s campaign team using arguably misleading or false evidence to obtain warrants.

The warrants were allegedly based almost solely on the Fusion GPS reports which were allegedly ordered and purchased by the Democrat’s losing presidential candidate Hillary Rodham Clinton.

Huber has served as the United States Attorney and lead federal law enforcement officer in Utah since June 2015.  He served for almost two years as an appointed U.S. Attorney by President Barack Obama Administration.  Former Trump Attorney General, Jeff Sessions, appointed Mr. Huber to continue his service as the U.S Attorney in Utah in March 2017.

In August 2017, the United States Senate unanimously confirmed President Donald J. Trump’s appointment of Mr. Huber to serve an additional four years as United States Attorney, something that many Trump supporters believe was a smart move.

Meanwhile, the essentially Special Prosecutor, Durham, has twice previously led high-profile internal investigations of the Justice Department. He examined links in the 1990s between the FBI, Boston police and mob boss James “Whitey” Bulger and, years later, was tasked by President George W. Bush and President Barack Obama to investigate CIA abuse of detainees and its destruction in 2005 of videotapes that contained recordings of alleged terrorists being tortured. 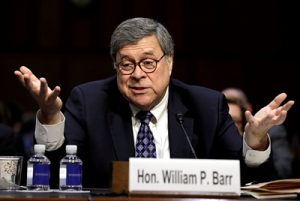 “It was as if General Barr lit a match near a gasoline storage facility. The Democrats — who all appear to be inflicted with Trump Derangement Syndrome — disputed the use of the term ‘spying,'” said former police forensic psychologist Lynda Hawthorne.

“The Democratic 2020 presidential candidates, Trump-despising lawmakers and the so-called news outlets have all counted on the far-left broadcast and print news organizations will or the progressives will have to find another form of propaganda to sell their products of lies, hate, deceit, and trickery. Many, many news consumers are becoming more and more distrust of the news stories being released and promulgated.”

One of the nation’s top non-profit, public-interest groups announced this week that the U.S. Department of Justice finally released 73 pages of records through the Freedom of Information Act (FOIA). This latest document release is yet another legal action by Judicial Watch in order to investigate and expose government misconduct or criminal action.

This latest batch of records contains the text messages and calendar notation written by Special Counsel Robert Mueller’s “star” prosecutor Andrew Weissmann showing how he led the hiring effort for the investigation that targeted President Trump. “Looking at the folks who were appointed to investigate President Donald Trump, it became common knowledge that the entire Mueller team were registered Democrats.

Weinstein, who gained the nickname of “Bulldog Weinstein,” is believed to be one of the most — if not the most – —  politicized government lawyers in Washington, D.C., according to a number of federal law enforcement officials. “Weinstein was a shark and he was popular with the likes of former President Barack Obama and his Attorney General Eric Holder

Weissmann was formerly the Obama-era chief of the Justice Department’s Criminal Fraud Section.

Weissmann’s calendar entries provided to Judicial Watch start in May 2017, even though the lawsuit sued for records going back to 2015. The few text messages produced by the DOJ did not specify the year sent or received.

Weissman’s calendar shows that he began interviewing people for investigator jobs on the Mueller operation almost immediately after it was announced that he had joined the team in early June.

On June 5, 2017, he interviewed former Chief of the Public Corruption Unit of the U.S. Attorney’s Office for the Southern District of New York Andrew Goldstein. Goldstein was a Time magazine reporter. Goldstein contributed a combined $3,300 to Obama’s campaigns in 2008 and 2012. His wife, Julie Rawe, was a reporter and editor for Time for 13 years, until 2013. He became a lead prosecutor for Mueller.

The next day, on June 6, 2017 Weissmann had a meeting with “FARA [Foreign Agents Registration Act] counsel.”

Weissmann interviewed another prosecutor, Kyle Freeny, from the DOJ Money Laundering Section for the team on June 7, 2017. She contributed a total of $500 to Obama’s presidential campaigns and $250 to Hillary Clinton’s. She was later detailed to the Mueller investigation.

He interviewed a trial attorney who worked with him in the Criminal Fraud Section, Rush Atkinson, on June 9, 2017. Records show that Atkinson donated $200to Clinton’s campaign in 2016. He is a registered Democrat and contributed $200 to Hillary Clinton’s 2016 campaign. Atkinson also became part of the Mueller team.

Weissmann interviewed DOJ Deputy Assistant Attorney General Greg Andres for the team on June 13, 2017. Andres donated $2,700 to the campaign for Sen. Kirsten Gillibrand (D-N.Y.) in 2018 and $1,000 to the campaign for David Hoffman (D) in 2009. Andres is a registered Democrat. His wife, Ronnie Abrams, a U.S. district judge in Manhattan, was nominated to the bench in 2011 by Obama. He joined the Mueller team in August 2017.

The calendar references an appointment on June 15, 2017, to “NY knock-and-talks.” The same day, Weissmann has a note for “Ethics Training Session.”

On June 16, 2017, he makes a reference to “Rule 4.2”, concerning the propriety of lawyers talking to witnesses represented by counsel.

On November 20, 2017, there is a meeting regarding a “proffer,” and the same day they have a call regarding Skadden attorney Alex van der Zwaan, who later pled guilty to a false statements charge.

On Christmas Day 2017, he held a Team Manafort Meeting and a Daily Ops Meeting.

Weissmann held many meetings throughout the period regarding Dutch attorney Alex van der Zwaan, who was sentenced for lying to investigators, including a February 11, 2018, meeting (followed nine days later by van der Zwaan’s guilty plea).

Weissmann’s text messages include a March 11 (year not provided), message indicating that he landed in the U.K., and on March 15, he received a text from someone who says, “Long time no see. Re reports that OSC [Office of Special Counsel] subpoenaing documents at Trump’s business, my sources say must take a hard look at [Redacted].”

“These documents show Andrew Weissmann, an anti-Trump activist, had a hand in hiring key members of Mueller’s team – who also happened to be political opponents of President Trump,” stated Judicial Watch President Tom Fitton. “These documents show that Mueller outsourced his hiring decisions to Andrew Weissmann. No wonder it took well over a year to get this basic information and, yet, the Deep State DOJ is still stonewalling on other Weissmann documents!”