Bay‘at (A pledge, swearing unconditional subservience to a powerful person), a longstanding practice among the pre-Islamic Arabs was fully incorporated into Islam by Muhammad and accounts for much of his success in gathering more and more power.

Bay’at is a very effective yet simple practice. A locally powerful tyrant summons less powerful individuals, usually one at a time, and gives them a choice: Become my subservient loyal follower and recognize me as your superior. If you do so, your life is spared and I may reward you in other ways. If you fail to do so, I will take your life and assume lordship over your followers and take possession of everything you have.

In the overwhelming majority of cases, the lesser chiefs and leaders fall into line very quickly, realizing the alternative is complete devastation and death for them, their families and their followers. So, with one stroke, the more powerful brute subsumes a significant human and material resource under his reign.

Muhammad practiced this art with consummate skill. The highly scattered, chronically at war with one another 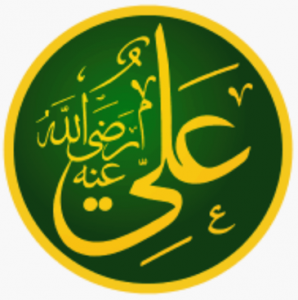 tribes of Arabia didn’t have much choice when Muhammad and his superior force offered them the bargain. The great majority of these tribal chiefs did take the bargain, saved their own necks and that of their people. Those who resisted lost everything anyway.

And power begets power, up to a point. And Islam’s power continued long after Muhammad’s death, through the practice of Bay’at on a much larger scale, or using the sword.

“Broadly speaking this pledging of allegiance to a person of authority has become the practical meaning of the term “bay‘a” in Islam. It was first and foremost applied to the Prophet but, after his death, also to other leaders of the Muslim community, primarily the caliph, the successor to the Prophet in political affairs and in upholding Islamic rule. This pledge of allegiance to a caliph would ideally take place through his election, but it could also happen through appointment by his predecessor. According to ‘ulama’ (Muslim scholars), the caliph himself had to satisfy several conditions, including ruling on the basis of justice (‘adala), possessing knowledge (‘ilm) of Islamic tradition and law, having physical and mental fitness, being courageous and determined, waging jihad and being a descendant of the Quraysh tribe, which the Prophet Muhammad himself also belonged to. [14]”

When the prophet Muhammad died, the infighting started in earnest among the various factions. Each demanding Bay’at with another clan. People began jockeying for power and doing their Muslim-best to destroy their competition. Ali, Muhammad’s son-in-law was elbowed out of the way by the more powerful disciples of the prophet and had to wait his turn to head the already fractured and feuding Ummah. Several of the faithful resented the fact that Ali was not allowed to take over. Some felt victimized by Umar and his powerful conspirators and hated Ali for not standing and fighting like a man. Some real stand-and-fight Muslims decided that Ali should be punished and he was knifed to death on his way to the mosque.

The death of Ali was the real stirring of the hornet’s nest, so to speak. All kinds of power struggle, infighting and bloodletting started among the followers of the religion of peace. Ali’s boys, namely Hassan and Hussein, decided to salvage their dad’s honor by standing and fighting like a good Muslim should, as well as enjoying the perks that come with being the leaders of the gang. So, a real fight was joined. On the one side was Yazid with his mighty army and wealth, and on the other side were Hassan and Hussein with their rag-tag band of followers. Hassan was killed unceremoniously in short order, but Hussein was not about to bow out. Hussein started a dialogue with his adversary, Yazid.

Hussein: I am the rightful inheritor of the house of Muhammad. I demand that all believers, including you Yazid, accept me (bay‘at) as the head of the Ummah.

Yazid: Nothing doing man. Muhammad’s Ummah is not a family business. It is the faith of Allah that must follow his laws. The people select the most righteous man as the head of the faith, just the way the Caliphs did. The faith of Allah is based on meritocracy and not heredity.

Hussein: You are wrong, Yazid. My granddaddy started the business, my daddy gave his life for it, my brother was murdered to claim it, and I intend to take what is rightfully mine.

Yazid: Hussein, you seem to be just as stubborn as Hassan. You are not amenable to reason, so let the sword of justice settle our dispute. So, you know the rest of the story. Hussein stubbornly refused to relinquish his claim to the powerful Yazid and ended up with his head cut off by Shimr, impaled on a spear and presented to Yazid as a trophy.

The followers of the house of Ali and his lineage, a minority of about 10 percent of Muslims, felt victimized by the evil Yazid. Since there was very little these lovers of Ali’s house could do to materially change things, they assumed the role of victims.

Let’s be clear, a Muslim’s loyalty or Bay‘at is to the Islamic Ummah that recognizes nothing other than one worldwide Ummah of Islam with no allowance for independent nationalities. A Muslim is required to abide by and live under the laws of Sharia and not the Constitution of the United States of America or any other laws. Because it is mandatory for a Muslim to adhere to Islamic laws and not to a man-made law like the US Constitution, a Muslim can never be a both a Muslim and an American at the same time.

The Pledge of Allegiance says, “one nation under God,” while a Muslim is required to be part of the Ummah under Allah. It is critically important to realize that Allah is not the same as the Judeo-Christian God. The two are vastly different beings.

In short: Muslims, those who consider themselves good and peaceful, as well as those who want us to accept their ideology of barbarism at the point of the sword, take the fateful step and join the free and emancipated family of humanity and pledge (Bay’at) to the US Constitution or they can move back to the country of their origin.