The articles of impeachment were drawn up to save us from imperial presidents who manage to grab the office, not for the service of the people, but on the contrary, a determent to the people as well as society itself. Unfortunately, some political figures, including presidents, get into office to serve themselves, not the country they are supposed to represent. In the Trump case, the Socialist-Communist Party, under the Democrat logo, were the culprits determined to lounge on the power blanket, and frankly, overthrow the government so we could be under their command.

And this is why we have Article ll, Section 4 of the U.S. Constitution, which is the formal process that allows Congress to bring charges of “Treason, Bribery, or other high Crimes and Misdemeanors” against high-ranking civil officers, such as the president, if he misuses the office he has been entrusted with. This can include ‘derelict of duty’ or even selling out our country. 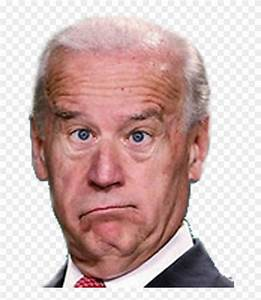 However, the world recently saw the most egregious misuse of the articles of impeachment in the history of our nation. The Democrats used the impeachment law to try and get rid of the most productive, successful president in history. He strengthened our economy, negotiated with countries like China who had the mistaken idea that they were in charge, upgraded our military, and gained the respect of nations around the world, unlike a previous imposter president who spent his time overseas apologizing for America. What??? Of even more value, President Trump kept America Safe.

So President Trump did everything right, yet, the democrats determined to have him impeached simply because he was not a democrat-socialist communist. So that’s how it works!

The leftists hated President Trump with energy that was amazing. They seemed not even to sleep as they were occupied every second trying to figure out a way to impeach him and get rid of him. It was with such hatred that it had to create mental issues with the Dems. The first impeachment attempt failed. Then, in the most ridiculous move ever seen by this writer, they tried to impeach him when he was no longer in the Oval Office. Let that sink in.

Trump’s term had ended and he had moved out of the White House and the Oval Office. Yet the Dems tried desperately to kick him out of office when he was no longer in that office. It was like being fired from a job one did not have. Absolutely ridiculous!

Let’s look again at the articles of Impeachment: “The President, the Vice President, and other officers of the United States, can be kicked out of office (impeached) if they are found guilty of double-crossing (betraying) the country, offering people money or getting money to do something dishonest like voting Democrat-Communist, or other really big crimes.”

Doesn’t this describe Biden? (I will not refer to him as “President Biden” as he did not win that election.) Proof below.

But he can be kicked out of the office he falsely occupies using the articles of impeachment. He most certainly can and must be for the sake of America.

The first thing Biden did when it was announced that he now held the Executive Office, was to cancel the Keystone Pipeline. This was a major project and Biden, for whatever unknown reason, shut it down in the midst of its construction putting over 70,000 Americans out of work and an expensive project left unfinished. This was the dumbest, most stupid thing this writer, during a long lifetime, has ever witnessed. Biden still cannot give an explanation for his action.

He brought in the National Guard to assist in an emergency, then, instead of putting them up in a room somewhere, he left them in a freezing garage where they slept on the floor. Yet, this bumble headed retard spends $80 million a month to put invaders of this country, the illegal immigrants who have crashed our gates, up in motels and hotels. Yet he will not put up those in the service of the United States into proper rooms at night but leaves them to sleep on a freezing floor of a freezing garage. This is totally unacceptable.

President Donald Trump had kept the borders intact and had a good relationship with the President of Mexico. And we were safe. Within the first 72 hours that Biden intruded into the Oval Office, he stated that there were essentially no borders and that all immigrants were welcome to come and live in America. Yep, come on in !! Not only that but they would be given housing, education, and medical care. The only whispered requirement they would have would be to vote Democrat-Communist in each election.

The flood of immigrants who rushed through where the borders had been, included murderers, rapists, thieves, carriers of the Covet 19 virus, MS 13 gang members and moochers. And our tax money supports them. Money that could have been better used by our own families.

And Biden has figured out that it is more efficient to (mis)use Executive Orders to get a proposition into place than to try and get it voted in.

All he is required to do is to issue an “Executive Order” for anything he wants to accomplish. sign it, and it becomes law. Nobody else is involved. You will see that as he cancels the 2nd Amendment (the right to bear arms). In the process of the Biden Administration, we have lost our energy independence. And brace yourselves for the increase of gas prices.

In the very short time he has been in office, Biden has executed, now get this, 42 Executive Orders. Also during this short time with Biden in his cocoon, the National Debt has skyrocketed to $28 TRILLION DOLLARS! And that number grows every minute.

Our country has not advanced in any way but has digressed into Les Misérables. Billionaire George Soros, is paying all the bills for the destruction of The United States of America including the placement of Joe Biden into the Oval Office. The intent is to put the entire world under Communism. The only country standing in the way is America. This is why the extra effort has become mandatory for the enemies of America.

There has been considerable debate over the years regarding the definition of Impeachment crimes. In the past they have been executed for “corrupt conduct,” “malpractice or neglect of duty.” Then it came down to “treason or bribery, or other high crimes and misdemeanors.”

There should be no delay in charging Biden for neglect of duty (sabotaged over 70.000 American jobs) and malpractice certainly finds a landing spot here. A second charge can be instituted for Kamala Harris who could not even be bothered to visit the border to witness first hand what is taking place so measures can be taken to correct the entire mess. Our beautiful country has taken a nose dive since Biden was placed (not voted in-but PLACED) into the Oval Office.

Contact your Representatives to implement this. Biden indeed qualifies for impeachment.

See this video which PROVES that this election was RIGGED. https://michaeljlindell.com/
1 Attached Images

In his late teens the author studied the Law