Our country is now taking so steady a course as to show by what road it will pass to destruction, to wit: by consolidation of power first, and then corruption, its necessary consequence. —Thomas Jefferson

When plunder becomes a way of life for a group of men in a society, over the course of time, they create for themselves a legal system that authorizes it and a moral code that glorifies it.  —Frederic Bastia

I weep for the liberty of my country when I see at this early day of its successful experiment that corruption has been imputed to many members of the House of Representatives, and the rights of the people have been bartered for promises of office. —Andrew Jackson

Corruption is worse than prostitution.  The latter might endanger the morals of an individual, the former invariably endangers the morals of the entire country.  —Karl Kraus, Austrian writer and journalist

At the core of liberalism is the spoiled child – miserable, as all spoiled children are, unsatisfied, demanding, ill-disciplined, despotic and useless.  Liberalism is a philosophy of sniveling brats.  —P.J. O’Rourke

Ahh yes, the totalitarians have suppressed the 47-year Biden family corruption of influence peddling.  Sounds like the Clinton’s and Biden’s learned well how to steal while in government “service.” Several members of the Biden’s clan, including his brother James Biden, his sister-in-law Sara, and his son Hunter, landed lucrative positions or contracts with foreign countries while Joe Biden was a U.S. senator as well as when he served as vice president.  Forty-seven years of selling influence to make the Biden family wealthy.  And half of the remuneration was always split with the “big guy,” obviously Joe Biden.

The president tweeted, “We’ve got to get the Attorney General to act, he’s got to act fast, he has to appoint somebody.  This is major corruption and this has to be known before the election.”  This tweet was followed by a dozen house republicans led by AZ Congressman Andy Biggs to ask AG Barr to appoint a special counsel to investigate Biden’s corrupt dealings.

Any appointment from Barr would likely come from the demonstrably corrupt and biased DOJ itself.  We don’t have time…only two weeks and we face the most important election of our lifetime.  Censorship has kept the American people from knowing that Joe and Hunter Biden peddled their influence into the White House to secure lucrative multi-million dollar deals in China along with Hunter sitting on the board of Burisma in Ukraine.  All of this was exposed by the New York Post via emails they pulled from Hunter’s laptop that was dropped off at a Delaware store for repair and never picked up.  Link

The FBI had Hunter Biden’s computer for a year and did absolutely nothing.  Not only that, but had they even looked at the computer it would have blown up Pelosi, Schiff and Nadler’s Impeachment attempt.  Wray sat on it.  The intel community is still run by the Obama Deep State.

Two foreign countries bought influence through Biden’s son to Joe Biden and gave Hunter Biden positions and contracts he never would have gotten on his own, and everyone in the family who made beaucoup bucks had to fork over half to Pop Biden according to one of Hunter’s texts.  Hunter was selling access to his Vice President father.  Between Ukraine and China, Hunter was making a killing for the Biden family.  Can you imagine what they’d rake in with Joe Biden as President?  And don’t forget corrupt Kalamity Harris!  She slept her way to the top with Willie Brown who helped her gain power and influence in San Francisco.  These two would be the Clinton scams on steroids.  Meanwhile, President Trump gives his salary to veteran causes every year.

Hunter Biden pursued lucrative deals involving China’s largest private energy company, including one that he said would be “interesting for me and my family,” emails obtained by The Post show.The email is contained in a trove of data that the owner of a computer repair shop in Delaware said was recovered from a MacBook Pro laptop that was dropped off in April 2019 and never retrieved.

John Paul Mac Isaac, the Delaware computer repair store owner who got the laptop, claimed that he came into possession of it on April 12, 2019.  In September, someone Isaac was in contact with, reached out to the FBI. And on December 17, 2019, the FBI took the laptop into custody, and then did nothing with it.  A copy of its contents was made by the shop owner and shared with The Post by former Mayor Rudy ­Giuliani.  Rudy tells the story in the following video.

Apparently pornographic images were included in the hard drive.  Rudy turned over copies of Hunter Biden’s inappropriateness with a 14-year-old girl to the Delaware State Police. They turned it over to the Deep State FBI, probably never to be seen again.

The public needs to know all of this, but the censorship of Facebook and Twitter, along with mainstream media has shut down the full documentation of the corruption and scams exposed by the New York Post.  And of course, Joe was never questioned about Hunter during his ABC Townhall with George Stephanopoulos.  Twitter, Facebook, and mainstream media are all in the pockets of the Democrats, and 90% of them fund the Democrat Party.  As a matter of fact, top people from both Facebook and Twitter have gone to work for the Biden campaign.Social media’s outright manipulation of the American public via censorship needs to be stopped…this is not America; this is Communist China and Russia…and is the first tactic in destroying freedom in our Republic.

Top White House Aide, Stephen Miller calls this “leftwing fascism” and he’s absolutely right.  There are some things that money can’t buy, like manners, morals and integrity.  Only one man seems to have that kind of class…it’s President Trump, certainly not Joe Biden.

First the Biden’s claimed that it was unverified, then the democrat party joined the fray and said the Russians had a hand in the disinformation.  Adam Schiff believes the smear is from the President via Russia.  He just can’t get off that bandwagon.

Glenn Greenwald stated on Elizabeth MacDonald’s program that even the CIA, headed by Gina Haspel who was mentored by John Brennan, said the documents were a Russian gift to President Trump.  Hogwash!  Almost everything in the laptop has been verified.  The lie was supported by Clapper, Brennan and their gang of 50 intelligence officials all of whom peddled the Russian disinformation to media.  Dismissals are in order.

The Director of National Intelligence, John Ratcliffe has categorically stated, “We do not have evidence of Russian involvement.”

Former Hunter Biden business partner Bevan Cooney provided 26,000 emails to him—the first of which were published late last week in a Breitbart News exclusive investigation by authors Peter Schweizer and Seamus Bruner. Cooney is currently serving a sentence in federal prison due to his conviction over financial deals he made connected to Hunter Biden and his other partner Devon Archer. Archer, who was also convicted by a jury in federal court, saw his conviction vacated by a federal judge. That conviction was later—just a couple weeks ago—reinstated by an appellate court, which overruled the lower court judge’s decision to vacate it. Archer awaits sentencing.

Far more will hopefully come out before the election and it won’t be pretty for Joe Biden. 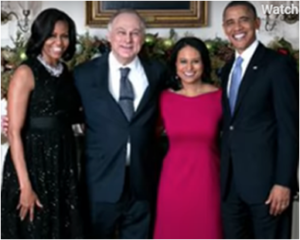 The final presidential debate is scheduled for Thursday night with moderator Kristen Welker, from NBC News. Welker’s objectivity has been called into question, particularly after she deleted her Twitter account which included anti-Trump tweets.

Welker spent one Christmas at the Obama White House, and like all other debate moderators chosen by the Debate Commission, including Chris Wallace, she is a democrat.  The moderator will have the option of muting the speech of either candidate, but as of today, October 21, 2020, the Commission has stated that President Trump will not be allowed to bring up Hunter Biden, Ukraine or China.  Fascism is right.

The first debate was on Tuesday, September 29th.  Only a couple days later Trump announced he had been diagnosed with Covid, which makes one wonder how bad he was feeling during the initial debate.  I remember thinking that our president was on stage with the man who was second in charge of the massive coup to destroy his presidency and it was a wonder to me that he remained as cool as he did.

Now, President Trump has to appear on stage again with this treasonous fool who not only was present in the Oval Office with Obama when the coup was arranged, but now the president knows that Hunter Biden’s laptop had been held by the FBI and contained the truth about Ukraine and nothing was done by the intel community.  Not only that, but had anything been done it would have stopped the impeachment in its tracks.  How this man maintains his cool is beyond me.  Evil and hatred surrounds him at every turn.  Pray for him!

Hunter Biden dropped off three computers with liquid damage at a repair shop in Wilmington, Delaware on April 12, 2019. The owner, John Paul Mac Isaac, examined the three and determined that one was beyond recovery, one was okay and the data on the hard drive of the third could be recovered. Hunter signed the service ticket and John Paul Mac Isaac repaired the hard drive and downloaded the data. During this process he saw some disturbing images and a number of emails that concerned Ukraine, Burisma, China and other issues.   A bill was sent, and Hunter never responded after four months.

When the Ukraine crisis surfaced in August of 2019, Isaac knew he had a treasure trove and took it to an FBI office in Albuquerque, New Mexico and was told to get lost.  Later agents from the Wilmington office showed up; Isaac offered them the computer and they declined.  Two weeks later they came for the computer, but when nothing came of it;Isaac contacted Rudy Giuliani’s office and offered him a copy of the hard drive.

The nation’s top government law enforcement agency is irretrievably corrupt.  The FBI needs to be dismantled.

Fortunately, the information from the hard drive is in Giuliani’s hands, and of course the FBI, who will stash it.  The fact that Isaac made copies was the smartest thing he did.