The world has 6.8 billion people…that’s headed up to about 9 billion.  Now if we do a really great job on new vaccines, health care, reproductive health services, we could lower that by perhaps 10 to 15 percent. – Bill Gates, Member of Bilderberg Group

When speaking to drug manufacturers in late January, Donald Trump said, “We have a fantastic person that I’ll be naming fairly soon who’s going to streamline the FDA. You’re going to get your products approved or not approved, but it’s going to be a quick process. It’s not going to take 15 years…. Surprised you can’t get them to move faster.”

He told the gathered pharmaceutical industry leaders that his administration would reduce taxes, regulations, and the time it takes for product approval, but that they must lower drug prices and bring manufacturing jobs back to the United States.

The FDA appointment has been closely watched by the pharmaceutical industry and consumer activists alike: reducing regulation is one of Trump’s top priorities. In a February speech to Congress, Trump promised to “slash the restraints” on drug approval, complaining about the “slow and burdensome approval process” at the FDA.

I’m all for reducing the exorbitant taxes, regulations on business, bringing manufacturing back to America, and lowering drug prices, but like many others, I’m very disturbed at rushing drug product approvals.

Gottlieb would help reach the goal of faster drug approval or denial, and therein lies a huge danger to the public. 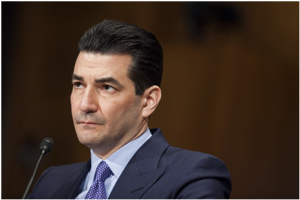 Scott Gottlieb is a Washington fixture with a medical degree, experience at the FDA and in the Centers for Medicare and Medicaid Services. He is a fellow at the American Enterprise Institute (AEI) and an allegedly respected health policy analyst.  AEI is funded and endorsed by well-known globalists and socialists, although it masquerades as right-leaning.

He has been a venture partner at New Enterprise Associates since 2007, and is an independent director at Tolero Pharmaceuticals, and Daiichi Sankyo Inc, and a member of GlaxoSmithKline‘s product investment board.

Gottlieb’s deep ties to the industry he would regulate go back more than decade, and he currently serves on the board of three pharmaceutical companies. His venture capital firm, New Enterprise Associates, funds 150 others. Gottlieb received more than $400,000 from Big Pharma between 2013 and 2015, according to a database maintained by the Centers for Medicare & Medicaid Services.

In 2013, Senator Mitch McConnell appointed Gottlieb to serve as a member of the Federal Health IT Policy Committee which advises the U.S. Department of Health and Human Services and is responsible for making recommendations on the meaningful use standards as part of the HITECH Act (electronic health information technology).  McConnell heavily favors Gottlieb.

Big Pharma is delighted with this choice!

Glaxo is ranked the top vaccine producer, and Gottlieb is on their board, although he would have to resign in order to head the FDA.  No one likes that a prospective head of the FDA took $410,000 from GlaxoSmithKline. But maybe this isn’t the same as putting a charter school advocate in charge of the education department.  Ahem.

GlaxoSmithKline (GSK), Merck & Co., Pfizer, and Sanofi account for 80 percent of global vaccine revenues. Although these “big four” vary significantly by portfolio and pipeline size, GSK of the United Kingdom ranked first in terms of research and development, pricing strategy and registration, and manufacturing and supply, according to a report released by the Access to Medicine Foundation. 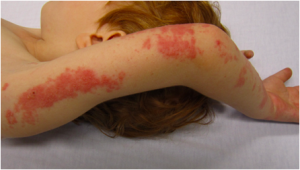 By the way, Merck’s two-dose vaccine against chicken pox, a common childhood disease, has now accounted for a painful epidemic of shingles. Link

There are so many negatives regarding vaccines, especially those given newborns, and resulting autism, that Trump has actually spoken with Robert Kennedy, Jr. regarding research on same, as well as heading a vaccine safety commission.  I’ve heard nothing since March, but would hope that RFK, Jr. is still in the lineup.  He was interviewed by Tucker Carlson and made his case.

In a confirmation hearing before the U.S. Senate Committee on Health, Energy, Labor, and Pensions on April 5, 2017, Scott Gottlieb, MD, stated categorically that there “is no causal link between vaccination and autism.”  Think there isn’t some collusion here since he sits on the board of one of the largest vaccine producers?

Back in November of 2016, another new study claimed there was no link between vaccines and autism.  What the media didn’t tell you was that the study was done by The Lewin Group, a consulting firm that lists major vaccine makers among its clients.

Sharyl Attkisson reports what the news doesn’t tell us. “As an aside, according to OpenSecrets.org, The Lewin Group’s parent company, United Health Group, is a key government partner in Obamacare. Its subsidiary QSSI was given the contract to build the federal government’s HealthCare.gov website. One of its top executives and his family are top Obama donors.”

“The truth is, the FDA’s required trials reveal limited information,” Gottlieb wrote in an op-ed in the Chicago Tribune in 2005. “In many cases, it is only after drugs are on the market for many years and given to thousands of patients that their true benefits (sic.) are revealed.”

Well, if he believes that, why then is he doing exactly the opposite?

When three people in a multiple sclerosis drug trial lost blood platelets and one died, he stated that stopping the study was “an overreaction” because the disease, not the drug, might be to blame.

Surely everyone has seen the advertisements for Chantix, Pfizer’s stop smoking drug.  Gottlieb rushed it to market, but a string of suicides and the violent death of Dallas musician Carter Albrecht leave many with doubts about the drug.

Gottlieb even trashed the Women’s Health Initiative (WHI) study that found hormone replacement therapy (HRT) was bad not good for women’s health, saying the results “were rushed to print with a cleverly orchestrated PR blitz.”  Most women now think of HRT as cancer in a bottle.  And Eli Lilly’s Evista is another horror story.

I certainly can understand that a promising drug not yet cleared by the FDA could possibly save lives, and this is the reason our President feels the drugs must be available.

However, when we look at the history of the FDA and drugs which have gone to market and then have been pulled because of extreme adverse effects, it would seem that 20 year studies should be the norm. 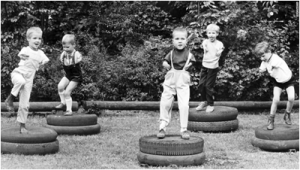 Thalidomide was a widely-used drug in the late 1950s and early 1960s for the treatment of nausea in pregnant women. It became apparent in the 1960s that Thalidomide  resulted in severe birth defects in thousands of children, especially in the United Kingdom.

Over 10,000 children were born with Thalidomide related birth defects throughout the world. The United States was largely spared this tragedy thanks to the work of one woman, Dr. Frances Oldham Kelsey, a new employee of the FDA. Her insistence on sufficient documentation kept Thalidomide off the U.S. market for over a year, adequate time for doctors to uncover the link between Thalidomide and birth defects. Thanks to Kelsey, fewer than 100 were born in America.

Dr. Kelsey went on to write the rules that govern most clinical drug trials today. She retired from the FDA in 2005 at age 90.

Remember Vioxx, Merck’s illegally marketed drug for arthritis? Vioxx was introduced into the market in 1999 but was not approved by the FDA for rheumatoid arthritis until 2002. While it is not illegal for a physician to prescribe a drug for an unapproved use, federal law prohibits a manufacturer from promoting a drug for uses not approved by the FDA.  The FDA estimated in 2004 that Vioxx was responsible for more than 57,000 deaths.  Merck & Co. has agreed to a massive $950 million settlement with the U.S. government and 43 states over the way it marketed the painkiller Vioxx.

FDA officials say they asked Pfizer — the maker of Bextra — to remove it from U.S. pharmacies because risks of heart, stomach, and skin problems clearly outweighed its benefits as an anti-inflammatory.

Celebrex, a closely related drug also made by Pfizer, from the class of pain relievers known as Cox-2 inhibitors, will be allowed to remain on the market. But it will be forced to carry strict new warnings alerting doctors and patients that it elevates the risk of heart attacks and strokes, the FDA says.

The blood thinner Xarelto was approved by the FDA.  It is now facing 18,000 lawsuits for extreme bleeding.

The FDA and big Pharma have admitted that antidepressants increase the risk of suicide by over 800%, according to court documents in a trial against GlaxoSmithKline.  Ann Blake Tracy of Coalition for Drug Awareness has exposed the side effects of these drugs, violence and suicide.

Remember Zelnorm for irritable bowel syndrome?  Surely most have seen the commercials.  It has been recalled because of a higher chance of heart attack, stroke, and unstable angina (heart/chest pain).

The list of drug recalls by the FDA is huge.  A recall is issued when a drug becomes dangerous to the consumer.  Drug safety is supposedly strictly monitored by the FDA in the U.S. before going on the market.  Once it is on the market the FDA and the drug manufacturer continue to monitor the effectiveness and safety of the drug.  If any problems arise regarding safety of the drug then a recall is issued.  Here is a short list of 35 FDA approved drugs pulled from the market.

In an interview with Vioxx whistleblower Dr. David Graham, (senior drug safety researcher at the FDA), he said the following, “On the safety side, I think that the American public can’t be very confident. They can have some confidence because it turns out that most drugs are remarkably safe. But, when there are unsafe drugs, the FDA is very likely to err on the side of industry. Rarely will they keep a drug from being marketed or pull a drug off the market.  Unfortunately, that’s the way the FDA is currently structured.”

Here is Graham’s Senate testimony regarding the dangers of Vioxx.

Although I fully understand the desire to get lifesaving drugs to our citizens in record time, the big concern is the danger these drugs pose to the public when they haven’t had long term studies.  Last year, over half a million Americans were hurt by FDA approved prescription drugs, and 100,000 of them died.

How did that happen? If some prescription drugs are that dangerous, how are they getting approved?

The answer is not simple. There are good people involved in the process. But the incentive in the system has become totally distorted.

Scott Gottlieb’s association with these large pharmaceutical companies gives me great pause as to his commitment to the American public rather than Big Pharma.

I would urge our President to think twice about streamlining the FDA to get drugs approved more quickly.  In the end, it may be extremely detrimental, not only to the public, but also to our President.