To hear all the claims of sexual harassment by women working at Fox News, it would appear that those foxy people are a passionate bunch indeed. The number of stars and executives of that network who have been charged with unwanted sex is staggering.One of the women accusing Bill O’Reilly was certain that he was attempting to guide her to his bedroom simply for saying, “You look nice today.”  And that can become headline news and wreck a career. 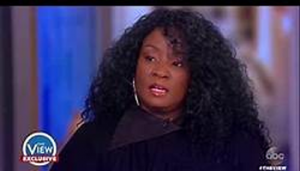 First of all, telling someone they look nice is a compliment of appreciation, not a shoehorn to slip them into bed. In this case, Perquita Burgess who worked as a clerical temp at Fox not only tried to make a case out of this but claims that O’Reilly greeted this black woman by saying, “Good Morning Hot Chocolate,” That is what Ms. Burgess SAID he said.

Earlier, a line of women marched in on their stilettos using the same script format used by Ms. Burgess in order to shake down O’Reilly.  Now check this timing. At the very time these women were following their marching orders (From George Soros) the Libs had organized an advertiser boycott campaign. Get this? O’Reilly is a staunch conservative with a huge audience and gives the news as it is. He has exposed many, many George Soros liberals by telling THE TRUTH about their activities, and the news at hand. They HAD to do him harm.

Five other females had tried the trick and won. O’Reilly is very wealthy from his Fox stardom and his many books that became best sellers. That money and “recognition” is what those women wanted.  Had he let them bring him to trial it would have generated more news headlines, brought grief to his family, plus taken time from his busy productive schedule.  So he offered a “settlement” to not bring this to trial but made it clear that he was NOT guilty of the charges.

O’Reilly told The New York Times that he signed off on the settlements to protect his family from controversy but had NOT…positively not… admitted any guilt. He just wanted to get these conniving women out of his hair. That is totally understandable, especially if you have been victimized by false allegations and the Liberal court system that can keep a case going for years!

O’Reilly was fired from Fox News following Perguita Burgess’ false claims. But as could be expected, the very liberal NY Times milked that for all it was worth to bring down a high profile American Conservative while George Soros and his “useful idiots” rejoiced.

The Demoncrats ARE the Communist Party. They constantly belch untruths about conservatives. One thing I learned in Psychology Class, “PEOPLE JUDGE OTHERS ACCORDING TO THEIR OWN STANDARD OF CONDUCT.” Readers, put this phrase out on your social media and send it to the editor of any newspaper who accuses President, Donald Trump from the multitudes of categories to choose from or any other solid conservative.

Donald Trump is not a failed President. He has done more for America in the short time in office than others, especially Obama who did nothing but ‘Apologize’ for America’ and accomplished absolutely nothing in his entire two terms squatting in the Oval Office. Trump, in six months has accomplished most of what he said he would do, even though the Communist Left has tried to block EVERYTHING he is trying to do for our country which has caused delays. Their goal is to block everything he does and then seek to have him removed from the White House.

He did NOT let down hurricane survivors. He was right on it, getting supplies there and other help. Those supplies were  there almost immediately. The reason those supplies could not get to the people was because all the roads were broken, flooded or blocked by debris making them impassible. He not only was working round the clock to help Puerto Rico but is going there personally this next Tuesday.

When Obama occupied the Oval Office, he did not go to catastrophes. He instead went golfing in a swank club somewhere, using Air Force One to take him and his family there to PLAY while those affected by the disaster suffered with no help or encouragement.

Let’s now look back at the accuser who accomplished the firing of Bill O’Reilly,  Perguita Burgess. This black woman has a history. What the NY Times failed to report is that Ms. Burgess was arrested by Detroit Police in 2015 for giving a false report of a crime that has bombed her credibility. She has none.

“I had no idea who this woman was,” O’Reilly told Newsmax who broke this story. He denied ever having a conversation with her. “So when this came out, it was stunning.” Plus, he is so preoccupied with his upcoming programs that he would be constantly thinking, that’s where his brain was, not with the people behind desks or even thinking about having a rendezvous, even with pretty women.

According to Newsmax, the day after O’Reilly was fired, Ms. Burgess went public with her account in a high-profile appearance on ABC’s “The View” telling the audience (and the world) that she noticed O’Reilly making a “grunt noise,” or clearing his throat when he passed her desk.(?)  How’s that again?

So does this mean that any man who clears his throat in the vicinity of a woman could be charged with sexual harassment?  This is INSANE!

The quickest way to do severe harm to anyone is to make a sexual harassment claim. That is what is happening here, to take down a powerful conservative broadcaster by democrats who can charge him with any concocted sexual offense and the dirty deed is done.

As Bill O’Reilly said, nobody checked with him for his own statements, that means the NY Times and The View. All of these cases are totally one sided. This is journalistic malpractice.

These women all get money but what is their main goal? Recognition as an ‘important person’ for one, but the most important is the psychological values for the corrupt women. Why yes, they will say, I am so very attractive that all men, even TV stars and executives are attracted to me, even pastors.

One woman I dealt with said that she tried everything to get a homosexual to have sex with her to prove that she was so much a woman that even THEY want her.

The day Fox News announced O’Reilly’s departure he issued a statement saying the charges leveled against him were “completely unfounded.” This columnist believes this is true. Meanwhile, Newsmax has obtained two documents that blows apart Ms. Burgess’s credibility.

According to the police document, Ms. Burgess called authorities and alleged that her boyfriend had struck her in the face with a gun.  Police said when they arrived at the scene, Ms. Burgess “appeared intoxicated.”  The arresting officer stated:

“I asked Ms. Burgess where the gun was that she was struck with in the face, she replied there is no gun. I again asked her where the gun was, and if she had been assaulted. Ms. Burgess stated there was no gun and he didn’t assault me. The boyfriend told police she had threatened him, saying she would “call the cops saying you hit me with a gun.”

According to the police document, as reported by Newsmax, Ms. Burgess was arrested for filing a false felony report and for violating a personal protection order. So readers, there is your case. And a favorite Fox Newscaster was fired due to a vicious woman.

In another document, a social media post believed to have been posted by Ms. Burgess tweeted on Nov. 24,2012: “Up until 10 years ago Laurence Fishburne could get every oz. of my hot chocolate.” WAIT!  Isn’t that the very words she claimed that Bill O’Reilly said to her?  She is the only one who said these words.

Bill O’Reilly voiced frustration that the media had published negative accounts about him without checking on the background of the accusers. He is exactly right. This woman has a recorded history.  “The press just printed everything she said. She’s on ‘The View,’ and nobody’s even checking her out? I mean, come on. This is why people use the term witch hunt.”

And he is exactly right. This IS a witch hunt to ruin a man because he is a conservative broadcaster with a huge following. This is why Communist  Democrats panic over his existence and determine to wipe out any trace of him or his conservative ideas.

I do not believe these bogus charges filed against O’Reilly. This is a hit job.  With his wealth, family, home and position, why on earth would he make a pass at this black opportunist? He wouldn’t. This is just another loser schemer who is trying to draw attention and a chunk of money.

CONSERVATIVES: This is a call to action. Send letters of support to Bill O’Reilly, to newspaper editors and to Fox News itself. We can and must put a stop to this.Demand that Fox News takes him back, with a raise and all back pay.