Abrams’ Panther-supporters arrived in the wake of television talk host and actress Oprah Winfrey’s visit to Atlanta, Georgia on Abrams behalf where she said she refuses to allow the sacrifices of those who were “lynched” and “oppressed” to be “in vain.” Winfrey is one of the world’s wealthiest people and it’s a known fact that white Americans and Europeans helped her to achieve superstar status which led to an enormous fortune.

The gubernatorial candidate, Stacey Abrams, has said she understands that if blacks possess the energy and motivation to strive, as well as the brave spirit to confront their challenges, black Americans’ potential is boundless.

Although she is one of the Democratic Party’s top leftists — pro-abortion, pro-gun control, pro-reparations, and other leftist issues — she has proven her ability to hide her agenda from the Georgia voters.  A lifetime member of the Council on Foreign Relations (CFR), she has received recognition from the Georgia Hispanic Chamber of Commerce, Asian Americans Advancing Justice (Georgia), the National Urban League, EMILY’s List, and the sacred cow of the left, Planned Parenthood. 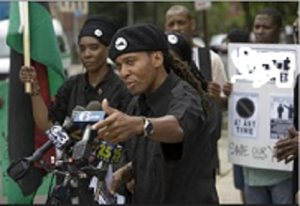 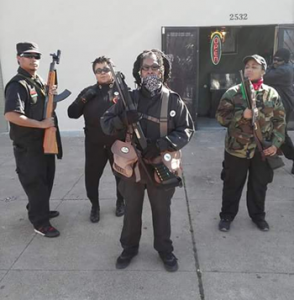 We believe since the white landlords will not give decent housing and quality health care to our Black Community, the he housing, the land, the social, political and economic institutions should be made into independent UUAMAA “New African Communal/Cooperatives” so that our community, with government reparations and aid (until we can do for ourselves) can build and make drug free, decent housing with health facilities for our people.

We believe we can end police brutality in our community by organizing Black self- defense groups (Black People’s Militias/Black Liberation Armies) that are dedicated to defending our Black Community from racist, fascist, police/military oppression and brutality.  The Second Amendment of white America’s Constitution gives a right to bear arms.  We therefore believe that all Black People should unite and form and “African United Front” and arm ourselves for self-defense.

We believe that the courts should follow their own law, if their nature will allow (as stated in their Constitution of the United States) so that Black People will receive fair trials.  The 6th Amendment of the United States Constitution gives a man/woman a right to an impartial trial, which has been interpreted to be a “fair” trial by one’s “peer” group. A “peer” is a person from a similar economic, social, religious, geographical, environmental, historical and racial background.  To do this, the court will be forced to select a jury from the Black Community from which the Black defendant came.  We have been and are being tried by all white juries that have no understanding of the “average reasoning person” of the Black Community.

The SOLE PURPOSE of a Black Panther
The SOLE PURPOSE of a Panther is to be a REVOLUTIONARY in the Black/Afrikan People’s liberation struggle, and to mobilize the masses towards self determination. A Panther MUST be a vanguard example at ALL TIMES. In order to accomplish this great and divine mission…

She/he must be:
1. Spiritually, culturally, and politically conscious.
2. Respectful and courteous to all people and demand the same in return.
3. Militant – Always engaged in war for the minds and hearts of black people, while carrying one’s self in an organized and orderly fashion.
4. Humble – Willing to release any arrogant attitudes or superior ideas of one’s self.
5. Disciplined – Willing to sacrifice your lower or personal desires for the greater good of the mission.