The Communist-George Soros Democrats running the Internal Revenue Service (IRS) have managed to bully churches into becoming partners with them by the creation of the 501c3 (Not-for-Profit) status. This action pushed churches to incorporate themselves as franchises of the United States in order to avoid taxes they never owed in the first place. Don’t forget that last sentence.

According to an informative book; Things You Need to Know about Non-profits-Making Sense of Non-Profit Status, by Carleton C. Booker, a ministry and a church are automatically tax exempt. Indeed, this was established from the very beginning of the U.S. since churches with their charitable work took a heavy burden away from the government by providing services so needed by so many. 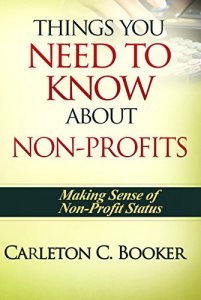 Then, in an incredible paradox, the government suddenly declared that in order to get married, the couple first were required to obtain (by paying a fee) a “marriage license” from a government office, making the government a partner to the marriage. This became a forced partnership between government and church. Without the government license, the public was informed, the marriage would be null and void.

Strangely enough, this was during the time that the government declared that there is a distinct command demanding Separation of Church and State, a faulty ‘command’ that came as the result of a letter Thomas Jefferson sent to the Danbury Baptist Association showing that the government would not favor one church over the other. It had absolutely nothing to do with taking God out of public places.

In typical fashion, the feds jumped on that, perverted it, and made it law that in no way, can the church be associated with government, meaning no more prayers to Jesus in public places, demanding an end to saying, Merry Christmas, and dictating what can and cannot be preached from the pulpits. The government also ordered that military chaplains cannot even pray in the name of Jesus. This all was locked in place by the misuse of the letter Thomas Jefferson wrote to the Baptists.

The former IRS head, Lois Lerner, who should be prosecuted and charged, used the IRS as a sledgehammer against any and all conservative organizations who asked for not-for-profit status which she denied even though any and all Soros Democrat organizations were waltzed right through the process.

This minister-columnist knows all too well how the democrat IRS operated. This ministry and church met all the qualifications for tax-exempt status. Proper application was made. All questions answered. Still they demanded more information and after that even more. They demanded excessive information about this work. This went on for two years.

Meanwhile, the North America Man Boy Love Association (NAMBLA) a pedophile homosexual organization that want to make it legal to sexualize little boys applied the same time I did and within two weeks they had their 501c3 tax exemption recognition. Not only that, they were and are allowed to use the public library event rooms for meetings (meetings for degenerates), even though no Christian organizations are allowed to hold meeting in those same public rooms.

This means that it is OK to teach sexual deviance targeting children in their public rooms, but not OK to teach about Jesus and morals or to study the Bible in those public rooms.

Finally, after two years I was told by Lois Lerner’s leftist IRS that I must send them $700.00 in order to process my application. That was money I could hardly afford, but scraped it together and sent it in. The moment the check was cashed, they informed me that my ministry and church were denied tax exempt status.

Yes, they refused to send the money back–they kept it. Talk about dirty deeds. They knew they would block my non-profit recognition but made sure they milked me for 700 bucks before they dealt the final blow.

Carleton Booker, the author of the non-profit book showed me specifically in his book how to apply the law to be given this status, walked me through it, and he had the 501c3 exemption papers in my hand a short time later. The only thing I had to pay was a very nominal filing fee to receive the paper.

This book can be obtained at Amazon.com. Mr. Booker, a successful businessman has other titles to look for including books on business and marketing.

To reiterate; if you have a ministry and a church you are automatically tax exempt. This book shows you how to cut through the road blocks and simply claim it. With our new President Donald Trump, no doubt the IRS will be cleaned up. We can and must stop the mandated partnership with the government and churches. They have no business intruding themselves into church work.

Here’s the title again: Things You Need to Know About Non-Profits–Making sense of Non-Profit Status by Carleton C. Booker.