Home/January 2019, National Headlines/British Spy Confesses He Was Hired By The Democrats To Sabotage Trump

The now famous Christopher Steele, a former intelligence agent from Britain’s MI6, their military intelligence agency who authored the Trump-Russia “dirty dossier,” admitted in in a London courtroom that the Democratic Party’s favorite law firm, Perkins Coie, contracted him to sabotage a Donald Trump administration should he win the presidency in 2016.

He confessed that he was brought onboard in order to assist Hillary Clinton’s challenge of the results of the presidential election if she lost.

Steele stated that the law firm of Perkins Coie wished to be prepared to challenge the results of the Nov. 6, 2016 election with evidence which he claims he uncovered that proved the Trump campaign conspired with President Vladimir Putin to “steal the election” from Mrs. Clinton.

While Mrs. Clinton and other players during the Obama presidency had more contact with the Russians during a uranium deal that gave a whopping 20 percent of U.S. uranium to a Russian company, the mainstream news media decided to aid Hillary and her minions by zeroing in on Trump and his transition team and then his cabinet members.

“This entire Special Counsel [led by Robert Mueller] investigation is based on one lie atop another lie atop another one all starting with discredited, Trump-hating spy Christopher Steele and his report for Fusion GPS on behalf of Hillary Clinton and the Democratic National Committee,” said a former police lieutenant who was assigned to his department’s intelligence division.

“Steele allegedly was a member of the United Kingdom’s elite foreign intelligence service MI6, which has been silent about its former employee’s shenanigans after leaving the service, Lt. Peter Hedgrowth. 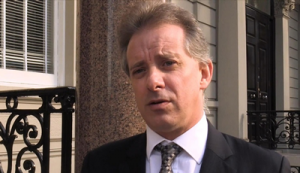 The “dirty dossier” obtained its nickname due to salacious descriptions of Trump in Russia meeting with known former KGB agents and having bedroom jaunts with Russian women in his hotel suite.

According well-known Law Professor Jonathan Turley — a self-identifying leftist —  in his answer to interrogatories, Mr. Steele wrote: “Fusion’s immediate client was law firm Perkins Coie. It engaged Fusion to obtain information necessary for Perkins Coie LLP to provide legal advice on the potential impact of Russian involvement on the legal validity of the outcome of the 2016 US Presidential election.”

“Based on that advice, parties such as the Democratic National Committee and HFACC Inc. (also known as ‘Hillary for America’) could consider steps they would be legally entitled to take to challenge the validity of the outcome of that election.”

Professor Jonathan Turley is a nationally recognized legal scholar who has written extensively in areas ranging from constitutional law to legal theory to tort law. He has written over three dozen academic articles that have appeared in a variety of leading law journals at Cornell, Duke, Georgetown, Harvard, Northwestern, University of Chicago, and other schools.  Professor Turley received his B.A. at the University of Chicago and his J.D. at Northwestern. In 2008, he was given an honorary Doctorate of Law from John Marshall Law School for his contributions to civil liberties and the public interest.

The dirty dossier, and the conjecture and rumors of its contents, circulated widely throughout elite Beltway circles both before and during the election thanks to a more-than-happy to oblige the Democrats news media. 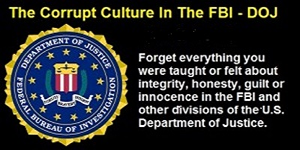 In fact, The uncorroborated dossier was used by the anti-Trump, “Deep State” to bolster Hillary Clinton and her minions’ claims that Russian interference in the election, in which Hillary Clinton lost becoming the first woman president.

Despite an enormous amount of evidence that alleges the Democratic Party, and the media have cynically used the dossier to cast doubt on the 2016 election, the Special Counsel and Democratic lawmakers with the media’s ongoing assistance continue to make sometimes outlandish statement which was exactly what the Deep State and it’s media propaganda tools intended.

In the last months of the election, Trump hinted he might not accept “rigged” results — a suggestion that earned him the ire of the Clinton campaign, which expected to win.

According to past news media stories, then-President Barack Obama, who many claim has a very casual relationship with the truth, said: “I have never seen in my lifetime, or in modern political history, any presidential candidate trying to discredit the elections and the election process before votes have even taken place.”

However, many law enforcement and intelligence officers say that Hillary Clinton — another politician with a reputation for mendacity — and the DNC were allegedly doing just that. “They were building a stone castle on top of quicksand and  relying on the Trump-hating, GOP-bashing news media to stop it from sinking in front of the American voters,” said former attorney and political strategist Owen Bennsinger.