According to the Drudge Report, the year-end approval ratings are in, Donald Trump has received a 46% favorable rating, the same rating Barrack Obama had his first year.  Can you imagine, with 91% negative media coverage, Trump ties Obama who had 90% favorable media coverage?  Even the New York Times, Bloomberg, ABC, CNN and others have been forced to issue corrections and apologies for deceptive anti-Trump stories.  People are now beginning to see through the façade of negative propaganda, false accusations, deceptive innuendos and continuous lies.

This unannounced civil war is as vital to the existence of the United States as the War of Independence.

In this article, I will expose the raging conflict taking place in the halls of government and the streets and back allies of America. It’s a coup and a counter coup.  The coup involves the Deep State’s illicit plots to remove the elected President of these United States.  The counter coup is the President restoring the Constitutional Republic, while warring behind the scenes to eradicate the international criminal cabal and its Deep State, traitorous, swamp creatures. 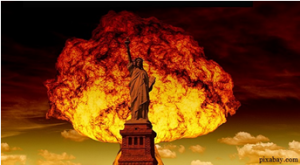 With all the Deep State’s contrived attacks and the Russian collusion delusion failing in light of the facts, only two options remain.  If they’re unable to establish a case under the 25th Amendment, which demands substantial evidence of mental incompetency and the Vice President’s collaboration, then assassination is the only remaining alternative.

The US Marines is the only military branch that has vowed to protect the President in his restoration of America. In 2014, Obama purged the military of all its good leaders.

Retired U.S. Army Maj. Gen. Paul Vallely revealed in 2015 that “The [Obama] White House stalled the investigations into Fast and Furious and Benghazi.  He’s intentionally gutting our military and reducing us as a superpower, and anyone in the ranks who disagrees or speaks out is being purged.” Obama’s Military Coup Purges 197 Officers In Five Years | Stock …

“The Marine raid on the CIA was deployed in a show of force at two airbases about 180 miles away from the CIA’s Langley headquarters.  This convinced the CIA to permit Marine Intelligence to enter the compound and seize computers.  As a result, the purge of the Justice Department, the courts and the FBI has now begun,” Pentagon sources say.  Reports: US Marine Expeditionary Unit (MEU) Lands at Langley!

“The entire approach to take down the globalist cabal is strictly military.  It started by cutting off their listening posts (CIA) and taking down low-level front-line troops.  That includes taking down MS-13 gangsters, low-level procurers, pimps for the pedophiles, and similar criminals.  These people were then pressured to reveal their bosses,” sources say.

“Pentagon sources are saying that ‘The Rothschild asset George Soros is detained and under interrogation.  He was extracted from Atlanta to Naval Base Camp David.  Peter Munk, Peter Sutherland, the Bushes, the Podestas, the Clintons and most of the U.S.-based top perpetrators of the fake ‘war on terror’ were transported to the U.S. Navy camp in Gitmo (Guantanamo Bay, Cuba), for military tribunals, as the Department of Defense spends $500M to upgrade the prison and send more military police and Marines,’ Pentagon sources say.

Once the canaries sing, and they will, the doors of the Deep State’s covert actions will be flung open for the world to gasp with shock and disdain at the horrors of the adult and child-sex-trafficking, organ harvesting, satanic human sacrifice rituals, drug dealing/transporting and cesspool of international criminal corruption, that for the past two decades was basically channeled from all over the world through the “Clinton Foundation.”

This I know for a fact, the Deep State consists of ruthless psychopathic murders that have ruled the world with an iron fist for over a century, and just like they haven’t relented one day from attempts to remove Donald Trump, they’re not going down without a long hard fight.

”Speaker of the House Paul Ryan is just one more of the growing list of politicians resigning in the ongoing purge of the House and Senate, and as many as 30 congressmen will not be returning in the new year,” the Pentagon sources say.

Trump Names January ‘Slavery and Human Trafficking Prevention … “Human trafficking centers around the world are being raided and shut down.  In Saudi Arabia, 3,000 child sex slaves have been freed, according to Russian FSB sources.  In the U.S., there was a power outage on December 27th at the ‘pedo heaven Disneyland,’ as the place was raided by Special Forces fighting human slavers,” the Pentagon sources say.

During the Mike Zimmerman interview with Former Navy SEAL, Craig Sawyer, April 27, 2017, Sawyer revealed that “Over 3000 pedophiles belonging to an elite pedophile/sex-trafficking ring have been arrested since Trump took office, amid a total blackout by the mainstream media.  These international pedophile and human sex-trafficking rings are often managed by satanic blood ritual cults entangled in grotesquely abusive practices of pedophilia, ritualistic torture and murder of children and young adults. These bizarre rituals permeate the highest levels of Washington DC, most governments around the world, and the Hollywood movie industry.

“These groups have been operating with impunity since the global elites have been running the government.  But arrests are now taking place at the elite echelons of power. This is why the government officials of the Deep State are frantic to depose President Trump, who has initiated these arrests.” Pedophilia & Sex-Trafficking Arrests, Trump Tightens Noose, Media …  and Dozens of women and children rescued in human-trafficking sweep … and A Side of Trump The Media Ignores Combatting Human Trafficking

BREAKING: Sessions orders a review of Project Cassandra … “In a statement to Fox News, the Justice Department disclosed after an investigative report was published this week claiming the Obama administration gave a free pass to Hezbollah’s drug-trafficking and money-laundering operations to help ensure the Iran nuclear deal would stay on track, Attorney General Jess Sessions is launching a review of a law enforcement initiative called Project Cassandra.

“When Project Cassandra leaders, who were working out of the DEA facility in Chantilly, Virginia, sought approval for some significant investigations, prosecutions, arrests and financial sanctions, Obama Justice and Treasury Department officials delayed, hindered or rejected their requests,” according to Politico.

This reeks from all the components of High Crimes and Misdemeanors; it will also prove the true character of AG Jeff Sessions. 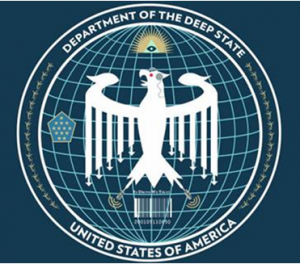 Although some of us are aware of the multitude of Obama/Clinton criminal activities, flagrant distain for America, disregard for the rule of law and the disrespect for the American people, many are not.  Because the Justice Department was a criminal accomplice in this collusion, with the presstitute media as their lackeys, none of this would have seen the light of day had Hillary Clinton stole the election. But Hillary was defeated, thank God, and the cries from the people to lift the oppression were answered by Donald Trump and his credo to: “Make America Great Again.”

Congress is under pressure to pass legislation to audit the Federal Reserve Board. The Deep State has covertly run this country since President Woodrow Wilson sold us out in a conspiracy with International Corporate Bankers.  With Wilson’s assistance, they secretly snuck in the Federal Reserve Act in 1913, a private central banking cartel to control the distribution of US currency—“Give me control of a nation’s money and I care not who makes the laws.”  As the saying goes, the Federal Reserve is no more Federal than FedEx.  This secret has been hidden in plain sight for over a century.

Now, 105 years later Americans are still being charged for every dollar printed by the US Treasury and borrowed from the Feds.  Payments for the debts accrued by congress and the president are paid annually to this private Federal Reserve central bank in the form of an illegal, unconstitutional income tax.  Although the income tax law was never ratified by Congress, it’s being executed as if it was.  The law mandates a tax on every dollar we earn from our daily labor.

Do we pay tax on labor?  Of course not, and yet, our paychecks are taxed by our government when we perform labor for others. Wages are not “income.” Wages are compensation for the services we provide to others when we work.  With the current deceptive “income” tax laws, we have to pay the government in order to work; if we don’t pay them, they’ll put us in prison.

Every penny of the income tax goes into the pockets of the banksters.  Whatever is appropriated by government becomes compounded debt to be repaid by future income tax extracted from our wages.

All gangsters have strong-arm thugs to collect their money, the collection agency for the Feds is the IRS, another illegal, unconstitutional agency.  The same way the mafia charges businesses to operate in its territory, with threats of a busted kneecap or worse, the penalty for you not paying your income tax to the gangster bankers is the Federal Prison.  Accordingly, Trump reduced the tax burden across the board, which includes incentives for corporations to return to the US. Beijing Counters Tax Cuts: U.S. Companies Incentivized to Stay…

This is the swamp that Donald Trump is draining, he needs our support and our help, even if it’s no more than passing on articles like this to help wake up family and friends.

Al Duncan is the author of The Master Plan, an exciting thriller giving a fictional account of the factual takeover of the New World Order globalist elite, it’s available at www.newswithviews.com.  Al also wrote a weekly column for the Lake County Record Bee, distributed by Associated Press, he also hosted a radio talk show, News Behind The News, also in Lake Co. The readers and listeners were basically secular liberals and unaware of the New World Order and its plans for a global takeover, so he hoped his writings and weekly shows would wake them up. However, after a year, he realized his efforts were in vain.  Al then turned to NewsWithViews, a state-of-the-art news agency that attracts an informed reader looking to escape the Fake News, corporate media and expand his or her understanding of the truths behind the daily events, and how these truths can best help them meet the inevitable challenges ahead.

Al is the fourth generation of Real Estate Brokers and is now in partnership with Commercial Lending Capital, with over $500 million in available funds for national and international real estate projects.