Note:  This column was originally written in 2009.  It seemed appropriate to have a 2nd look.

“A nation can survive its fools, and even the ambitious. But it cannot survive treason from within. An enemy at the gates is less formidable, for he is known and carries his banner openly. But the traitor moves amongst those within the gate freely, his sly whispers rustling through all the alleys, heard in the very halls of government itself.

For the traitor appears not a traitor; he speaks in accents familiar to his victims, and he wears their face and their arguments, he appeals to the baseness that lies deep in the hearts of all men. He rots the soul of a nation, he works secretly and unknown in the night to undermine the pillars of the city, he infects the body politic so that it can no longer resist. A murderer is less to fear.” —Cicero (106-43 BC) 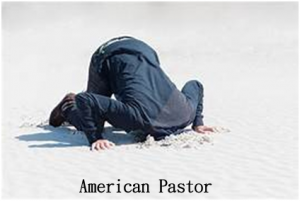 A coup has taken place in America. Our nation is no longer controlled by “we the people.” (We fell asleep with the pastors) Our domestic enemies are now officially in power. We are no longer free, we just think we are — and it has happened on our watch.

What we have failed to realize is that the Spiritual War and the Cultural War were one and the same. Because of our ignorance, the Church has engaged in the former but has ignored the latter. We did not understand that the “war in the heavenlies” manifests in the natural world. Our failure to fight for Truth has given us a nation ruled by liars.

We are a sin-laden nation because we have codified evil into the law. Content to focus on the “saving of souls” we have neglected Jesus’ admonition to occupy until He comes. As evil flourished, the Church retreated. We have failed to recognize that the battle in the heavenlies was for control of the earth. Jesus prayed that His Kingdom would come ON EARTH. We have yielded the earth and submitted to evil.

Cicero was right. Evil did not come dressed up in a red suit and carrying a pitchfork. It has come clothed in a three-piece suit and brandishing an Ivy League degree. While we looked for an army riding tanks and planes, we have been overrun by a force promoting education and arts. Using guns and bullets would have been too obvious. This war has been fought and won with words. Language was their weapon of mass destruction.

Paul warned us of this in Colossians 2:8 “Beware lest any man spoil you through philosophy and vain deceit, after the tradition of men, after the rudiments of the world, and not after Christ.”

They called it multi-culturalism and it was promoted in our schools, but the formal name is Cultural Marxism. (See Cultural Marxism DVD). It gave birth to “political correctness” where thoughts became crimes. But it did not happen by accident. The only thing standing between Communism and world dominance was Western Civilization and its underpinnings of the Christian value system. The only way Communism could advance would be if Christianity could be rendered powerless; or, as Jesus said, if the salt was to lose his savor.

Do you remember the cries of the hippies? “Hey Hey, Ho Ho, Western Civ has got to go.” It was the fight song of Communism. The only thing preventing government from being god was the fact that the throne was already occupied. Twentieth century American’s believed that Jesus was God. The followers of Marx and his acolytes knew that in order to ascend to the throne they would have to overthrow God. They would advance gradually. “Make haste slowly” was their mantra and they would be patient.

They seized our public schools and infiltrated the universities. They captured the media, Hollywood, music, art, literature, science, history, civic organizations, and the seminaries. They changed the world by changing they way we thought about words; tolerance, social justice, economic justice, peace, reproductive rights, sex education and safe sex, safe schools, inclusion, diversity, and sensitivity were their linguistic weapons. (Is it just me or are those words permeating all of society today?) Do you think this happened by accident?

They would use our children to impeach God. Applying Critical Theory they would attack all things Christian. The Boy Scouts were bigots, the Ten Commandments were judgmental, Christmas was exclusive, and traditional marriage was discriminatory. They brainwashed us to think that real Christians were inclusive and tolerant, that truth was relative, that all cultures were the same and that homosexuality was not a sin.

They didn’t have to kill Jesus, only His influence. To be considered a good citizen in this new America, one only had to be tolerant of everything and believe in nothing. In fact, to be sure that you kept your thoughts to yourself they began to call certain thoughts “crimes.” They attacked you and even destroyed you if you dared to speak against them. Slowly, the voice of Jesus was muted.

Into the void the god-haters slinked. A different Christianity and a different America emerged. The God of judgment and wrath was dead and a resurrected “non-judgmental” Jesus became the new god that the new America embraced.

“Democracy is the road to socialism.” said Karl Marx. “Democracy is indispensable to socialism,” said his buddy Vladimir Lenin. “Give us the child for eight years and it will be a Bolshevik forever. Give me four years to teach the children and the seed I have sown will never be uprooted. A lie told often enough becomes the truth,” Lenin went on to say.

Communism can only thrive in the absence of the Gospel. Where the Spirit of the Lord is there is Liberty. Lady Liberty has been nearly decapitated.

But the battle is far from over. Each one of us is going to have to make a decision on just how valuable we think liberty is. Are you willing to sit silently as the chains of slavery are forged for your children? Ben Franklin warned us, “Anyone who trades liberty for security deserves neither liberty nor security.” We should heed his words.

Washington DC is rapidly becoming the enemy. It is the terrorists with Ivy League degrees that should scare us. The ideological wars are really a religious war. Intellectual terrorism has reaped more havoc on this land than Al Qaeda ever will. Will the God of the Bible and the Principles that He declares rule on earth? Or will we give in to the “tradition of men, after the rudiments of the world.” Our generation will make the decision.

Marxists are in control of America. They are not liberals, they are not progressives, they are Communists. Their godless system has failed every place it has been tried. America is their beachhead. Will she be overthrown? Will Jesus lose this Spiritual battle? Will He yield the world once again to the Devil? I think not. “For the earth is the Lord’s, and the fulness thereof.” We are His ambassadors on the earth. It is time to do our duty.

So here is a good place to start. Let’s take back our language. Stop allowing the cultural Marxists to create new labels. We must call things what they are.

America can be saved if Americans will wake up. Look at this list of self-proclaimed socialists in Congress. They have seized the Republic.

Stop using their words. Words have power. Let’s call a Marxist a Marxist. Stand up and speak up. Our kids are depending on us.