The new green left (environmentalist) propaganda reminds me of the old red left (communist) propaganda. The dirty word is now carbon rather than capitalism. The game is simply to intrude and control everything. —Vincent U. Muirhead, professor emeritus of aerospace engineering, researched gas dynamics, University of Kansas 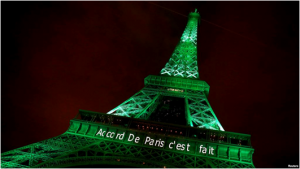 First global warming, then climate change, both are truly a stinking lie, a hoax, and worse than that, it’s criminal.  Is the climate changing? Of course. The climate always has changed and always will.

Is the earth getting warmer? We should hope so for at least two reasons: First, the world emerged from the Little Ice Age in the 19th century, so it would be worrisome if it weren’t getting warmer.  Second, all the history indicates that humans thrive more during warmer cyclical periods than colder ones.

In the early 1970s, the NYTs said every major climate organization endorsed the ice age scare, including NCAR, CRU, NAS, NASA – as did the CIA, and it was because of atmospheric carbon dioxide and aerosols.  Popular Science magazine was warning that an ice age was coming!  Right, and now we have cycled to a warmer climate, and they’re telling us it’s all man made.

It is likely that earth has warmed less than many official temperature records indicate.  The most accurate measures of temperature come from satellites. Since the start of these measurements in 1979, they show minor fluctuations and an insignificant net change in global temperature.

Even if the always-wrong climate change computer models turned out to be right in this case, we are talking about spending trillions of dollars, and sacrificing millions of jobs, to reduce the average global temperature in the year 2100 by 0.17 degrees. Sacrifices that would force many Americans into Third World standards of living would contribute 0.015 degrees to that total reduction.

And thanks to common core, our educational system from kindergarten on is brainwashing our children into believing humans are the cause of climate change and that they must save the planet by using less of everything, especially energy.

Yet the world’s elites use everything at their disposal.  Bill Gates is “deeply troubled” by Trump’s withdrawal decision as he flies his huge $52 million Global Express super plane. Think about his carbon footprint all over the skies.

Leonardo de Caprio said, “Trump threatened the livability of our planet” as he flew on a private jet 4000 miles from Cannes, France to New York to accept a Global Climate Award – and then flew back to Cannes again on this private plane, saying Trump’s decision was an “historic mistake.”   And think about the Obamas!

It’s do as I say, not as I do.  This is the ugly truth about what potentially could be the crime of the century.

The Fallacy of Climate Change 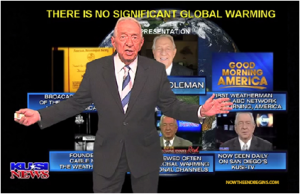 Back in the 1970s, I was quite familiar with weatherman John Coleman as he was our favorite weatherman in the Chicago area.  He has long stood against the fraudulent science of Climate Change.  John Coleman said, “A majority of American citizens are now becoming skeptical of the claim that our carbon footprints, resulting from our use of fossil fuels, are going to lead to climatic calamities.”

There are no signs of global warming, or of any climate change other than God’s natural cyclical changes that we’ve gone through since the beginning of time.

It turns out that the government has been manipulating climate computer models. This means that the American taxpayers are being charged $4.7 billion a year in taxes that are being used to fund organizations that carry out meaningless studies based on bad science. Basically, the American people are paying fake scientists to lie to them.  Coleman exposes the lie, and he tweets and emails those promoting it.

My grandparents owned a dairy farm, and when I was a child in the 1950s I remember asking grandpa why Pine Lake was so high with water. He explained to me that if I lived long enough, I’d see the cycles of weather go from hot to cold, wet to dry and back again, because that’s the way God made the earth.

The United States has joined Nicaragua and Syria as one of only three countries in the world to stand apart from the destructive global pact, signed last year, while 195 other nations have signed onto this insanity.

Over forty conservative groups urged the President to withdraw.  “The treaty is based on the idea that from now on developed nations like the U.S. must live with less and pay more. That is not the American way,” said Thomas Pyle, president of the American Energy Alliance and former head of Trump’s DOE transition team. “President Trump’s ‘America First’ energy plan is about making energy more affordable and giving Americans more say over their energy choices. The Paris treaty stands in the way of achieving that goal.” ​

Trump said the agreement as a “bad deal” and an effort to “redistribute wealth” from America to the rest of the world, and the Paris deal allows countries such as China and India to carry on polluting at the expense of the US economy and jobs.  He’s spot on!

The Climate change aficionados believe in population engineering, the intentional manipulation of human population size and structure to limit carbon footprints.  God says “Choose Life,” but these godless manipulators are telling us that by merely being alive, we are harming the earth, all of which also plays into the UN Agenda 21.  Those who believe we need the Paris Accord could help us out by volunteering to end their lives, and saving Mother Earth!

The redistribution of wealth occurs with higher prices on all goods and services, but especially on energy.  The increased taxes end up in several pockets, first the pockets of our politicians, then the pockets of the United Nations, and then the pockets of third world country dictators.  This is the scam, bleed the American people dry, bring us down to third world country levels and make the corrupt politicians and hucksters even more wealthy.  Our economy would be totally and irrevocably destroyed.

Think of the power that governments would have if they controlled energy consumption, just like healthcare.  By controlling energy, you control people. No wonder governments have spent tens of billions of dollars promoting this scenario and supporting political panels like the Intergovernmental Panel on Climate Change (IPCC) to disseminate the desired false “findings.”

Who would lose if governments gain the power to order a significant reduction in CO2 emissions? Around the world, millions of people at the margins of survival would die, it would be a worldwide holocaust. Millions of others would suffer unnecessary impoverishment and deprivation. Even in wealthier countries, people who are affluent enough to afford the monetary costs could find their lives heavily regimented by government bureaucrats monitoring and limiting how many miles they may travel and what activities they may undertake.  This is the goal with a totalitarian regime. 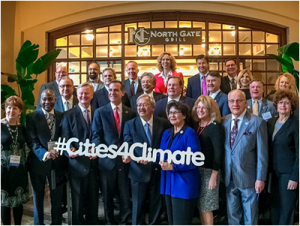 Politicians Committed to Paris Accord

Michael Bloomberg, Democratic socialist former mayor of New York, is coordinating a group of politicians, academics and businesses that is committed to the Paris Accord despite President Trump’s decision to withdraw from the agreement. He is not the only one. So far, the group includes 30 mayors, three governors, more than 80 university presidents, and more than 100 businesses.  [Link]

Pittsburgh, PA, counting on Trump’s revival of coal mining, has a mayor who is the antithesis of freedom. Devvy Kidd’s article explains this fool well. Bill Peduto says his city of Pittsburgh will still follow the Paris Accord. Pittsburgh needs jobs, including coal mining, but Peduto will eliminate even more.

Well, that’s nice, and so special of these leftists, but how will they carry out their donations to the United Nations? And just how will the citizens living in these cities feel about being bled to death for the UN and corrupt political leaders? 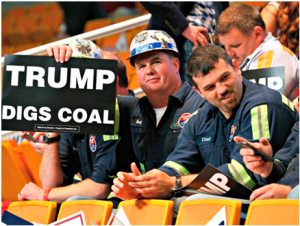 Receding Swiss glaciers inconveniently revealed 4000-year-old forests – and made it clear that glacier retreat and reforming is nothing new. Dr. Christian Schlüchter’s discovery of 4,000-year-old chunks of wood at the leading edge of a Swiss glacier didn’t make the global warming doom and gloomers very happy. Schlüchter has a distinguished reputation as a giant in the field of geology and paleoclimatology who has authored/coauthored more than 250 papers and is a professor emeritus at the University of Bern in Switzerland.

He made himself even more unpopular thanks to an interview titled “Our Society is Fundamentally Dishonest” which appeared in the Swiss publication Der Bund where he criticized the U.N.-dominated institutional climate science hierarchy for extreme tunnel vision and political contamination.

Other evidence exists that there is really nothing new about dramatic glacier advances and retreats. In fact, the Alps were nearly glacier-free again about 2,000 years ago. Schlüchter points out that, “the forest line was much higher than it is today; there were hardly any glaciers. Nowhere in the detailed travel accounts from Roman times are glaciers mentioned.”

Schlüchter criticizes his critics for focusing on a time period which is “indeed too short.” His studies and analyses of a Rhone glacier area reveal that “the rock surface had [previously] been ice-free 5,800 of the last 10,000 years.”

National Geographic tells of retreating ice in the Alps that shed new light on a high-altitude battle in World War I.  Countless other archaeological discoveries have been made as glaciers melt after hundreds of years, and areas will eventually freeze again.

In 2014, there was a return of the Arctic ice cap as it grew by 29% in a year with “global cooling.”  The BBC reported in 2007 that global warming would leave the Arctic ice-free in summer by 2013.  But there were 533,000 more square miles of ocean covered with ice than in 2012.  Link  Wrong again!  Physical evidence proves the fundamental dishonesty of climate change propaganda.

James Spann, American Meteorological Society-certified meteorologist, “Billions of dollars of grant money (over $50 billion) are flowing into the pockets of those on the man-made global warming bandwagon. No man-made global warming, the money dries up. This is big money, make no mistake about it. Always follow the money trail and it tells a story.”

Initially this article was to be on whether or not we are really out of the Paris Accord with the President’s withdrawal, but some background on the massive lie of Climate Change needed to be exposed.  The Paris Accord is not a treaty by Constitutional standards, but then we haven’t yet discussed the monstrous Vienna Convention on the Law of Treaties signed by President Nixon in 1970.  Stay tuned.

P.S.  Every conservative outlet today needs cash to operate.  NewsWithViews is no different, so if you can spare a few dollars or a sizeable sum, it will be greatly appreciated not only by our editor and CEO, but also by all his journalists.  Please consider supporting NWVs on a monthly basis.  Thanks so much!  You can send donations here.