A 50-year-old former Haitian government official who was expected to give sworn testimony next week regarding suspected Clinton “Crime Family” Foundation corruption and malpractice, was found dead in Miami, Florida. Police officer Charles Duggan said the death was attributed to a single gunshot wound to the official’s head. The deceased was scheduled due to appear on Tuesday, July 25, before the Haitian Senate Ethics and Anti-Corruption Commission where he was widely expected to testify that the Clinton Foundation misappropriated Haiti earthquake donations from international donors.

Therefore, according to the coroner’s report, Clinton associate Klaus Eberwein’s death was ruled a suicide and his name is now added to the growing list of men and women who died under mysterious circumstances after “getting mixed-up with America’s version of the Borgias,” said Officer Duggan, who denied being assigned to the investigation.

The Borgias are the most infamous family of Renaissance Italy, and their history normally hinges around four key individuals: Pope Calixtus III, his nephew Pope Alexander IV, his son Cesare and daughter Lucrezia. Thanks to the actions of the middle pair, the family name is associated with greed, power, lust and murder.  . 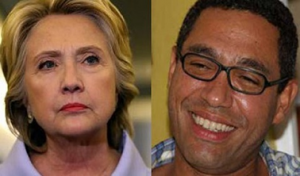 Before his death and still living in Haiti, Eberwein reportedly told acquaintances he was worried about retribution by members of the Clinton-wing of the Democratic Party. He said he feared for his life because of his damaging exposure of the Clinton Foundation.

While there is considered prima facie evidence of a crime conspiracy perpetrated by the supposedly charitable Clinton Foundation, the U.S. Justice Department, the FBI and other agencies refused to even consider investigating the alleged multi-million dollar criminal conspiracy. Under President Barack Obama and the already recruited Deep State journalists, they were too busy investigating Donald Trump and members of his campaign.

Eberwein was due to appear on Tuesday, July 25, before the Haitian Senate Ethics and Anti-Corruption Commission where he was widely expected to testify that the Clinton Foundation misappropriated Haiti earthquake donations from international donors.

According to Eberwein, only a little over a half-percent (0.6 percent) of the donations granted by 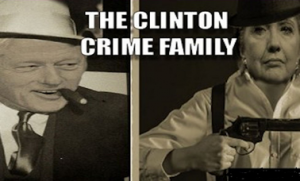 international donors to the Clinton Foundation with the express purpose of directly assisting Haitians actually ended up in the hands of Haitian charity and assistance organizations. Almost 10 percent (9.6 percent) ended up with the Haitian government. The remaining 89.8 percent – or $5.4 billion – was surreptitiously funneled to non-Haitian organizations.

Not surprisingly, the news media decided to ignore the Haitian protesters and Eberwein’s allegations. “The purveyors of ‘fake news’ preferred to stand outside Trump Tower, also in Manhattan, in order to formulate their anti-Trump ‘reports,'” said retired New York cop Iris Aquino.

According to the Haiti Libre newspaper, Eberwein was said to be in “good spirits,” with plans for the future. His close friends and business partners are shocked by the idea he may have committed suicide.

The Haitian government issued an official notice thanking Klaus Eberwein for his service and mourning his surprisingly mysterious death.

According to investigative journalist Jerome Corsi, who has authored many books, including No. 1 N.Y. Times best-sellers The Obama Nation and Unfit for Command:

Former President Bill Clinton developed a methodology of exploiting epidemics and natural disasters to raise hundreds of millions in “charitable donations” that in a relaxed regulatory environment could be diverted to personal gain such as funding Hillary Clinton’s political campaigns. The Haitian money also ended up supporting Democratic Party causes, according to a Wall Street analyst, Charles Ortel, who has conducted an in-depth investigation of the foundation’s finances.

Ortel points to Bill Clinton’s involvement with the American India Foundation, which the former president co-founded in 2001 with Rajat Kumar Gupta, the India-born philanthropist who headed the international management consultancy firm McKinsey & Company. Gupta is now in prison for criminal insider trading.

As WND has reported since last spring, Ortel has accused the Clinton Foundation of illegally enriching its namesakes, Bill, Hillary and Chelsea Clinton. The Foundation also provided “salaries” for Clinton minions including Huma Abidin and others. They were being “parked” there in order to have them ready for Hillary’s presidential run.

“All years from 2001 onward when the Clinton Foundation operated are not audited as required, so it is difficult to be precise, but total Clinton Foundation fraud runs to hundreds of millions of dollars,” Ortel now estimates, “with diversions for political purposes and personal enrichment likely to exceed $200 million.”