Child Abuse in the Classroom, A Legal Challenge to ESSA

This is an invitation to join our national revolt called, “Child Abuse in the Classroom, A Legal Challenge to ESSA.”  ESSA is the federal legislation called Every Student Achieves Act. This revolt to stop this legislation is a tribute to Phyllis Schlafly and her book that exposed the original  “Child Abuse In The Classroom” that detailed hearings that brought about regulations to stop the psychological and psychiatric testing and treatment in the classrooms of America finalized in the Protection of Pupil Rights Amendment, PPRA. I was the parent who filed a federal complaint using the Protection of Pupil Rights Amendment, PPRA.  Phyllis had worked very hard to pass regulations in the 80’s. In fact, her book, Child Abuse in the Classroom, was the impetus for me to file my complaint. My story is well known. My historical journey exposed the corruption, the illegal data collection, and psychological abuse disguised as education in Pennsylvania, as well as other states as I fought outcome based education in the ‘90’s.

It appears what I had fought to rid our schools in the 1990’s is back with a passion. December of 2015, Speaker Paul Ryan pushed the passage of Every Student Achieves Act legislation through Congress along with Senator Lamar Alexander, Chairman of the HELP Committee.  Senator Alexander had purposely eliminated any reference in his summary report that would disclose the illegal and dangerous psychological techniques codified in his ESSA education legislation. Citizens contacted Senator Alexander and had informed him of the abusive mental health interventions that he permitted to be incorporated into his legislation. We are asking that he publicly recant the language in his bill that opened the door to these abuses and to act forthrightly to remedy this critical situation.

A Parent and Citizen Revolt

Citizens across the United States are prepared to wage an aggressive grassroots effort to stop The Every Student Succeeds Act (ESSA) because it promotes Child Abuse in the Classroom. We are asking you to join us to request President Trump and Congress to repeal ESSA.

Parents and citizens across the United States are requesting an immediate injunction to stop the implementation of social, emotional, and behavioral standards and interventions that have been codified in the Every Student Succeeds Act (ESSA). Although the implementation and collection of these non-academic standards and interventions have been previously approved and funded by former President Obama through the Executive Order 12866 and the illegal ESEA Flexibility Waivers, Congress has not stopped the progressive execution of these experimental, psychological manipulations in the classrooms of America. Because our children are at-risk of abuse, we are calling for an investigation.

President Trump has written and released an Executive Order that directs Secretary of Education DeVos to Enforce Statutory Prohibitions on Federal Control of Education. The Every Student Succeeds Act legislation violates the protection and safety of our children. This Act requires the use of abusive psychological techniques on children. These techniques are actually codified into this law. We are requesting Secretary DeVos to immediately take steps to prohibit teachers from carrying out the intrusive psychological and behavioral techniques named in the legislation to be used on America’s children in American classrooms. The intervention techniques specifically named in the legislation include: Applied Behavior Analysis posing as positive behavior intervention and supports; multi-tiered system of supports (response to intervention); schoolwide tiered system of supports; specialized instructional support services; early intervening services for at-risk children or becoming at-risk for mental health disabilities; and universal design for learning.

On September 20, our campaign released a Press Release that explained the violations that we allege are happening in the classrooms of America. We have 20 state coordinators and aligned two major Press Conferences, one in Austin, Texas, and another in Indianapolis, Indiana, the home state of Vice-President Pence. Please go to our website and join the campaign to help stop this psychological manipulation. 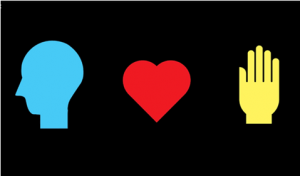 Parents, the social, emotional, and behavioral aspects of your children are being monitored, evaluated, and CODED. Behavioral interventions are being performed without your written permission or consent. Sometimes the names for this are changed to such flowery phrases as mindsets, character development, citizenship, “grit”, or even civics. This tactic effectually catches some parents off guard. Why? Because it sounds so good. Do we really know what is being tested and taught in America’s classrooms? Do you know what data is being collected on your child? Education has moved away from academics. There is now a full focus on personality with teaching and testing in non-Academic areas. The goal is changing the social, emotional, and behavioral personality traits of your child.

What Does the “Whole Child” Mean?

The “whole child” (head, heart, and hand) becomes the focus of the federal government when their job was to educate, not indoctrinate. The recently passed federal ESSA (Every Student Succeeds Act) is the latest draconian effort to test, teach, and remediate values, attitudes, beliefs, and dispositions. The education establishment calls testing and changing attitudes and values these new buzzwords….social, emotional, and behavioral interventions. This transformation of our educational system removed academics as the main thrust of American education. It is mental health. It is psychological conditioning.  It is changing your child’s personality. ESSA becomes the church of today and everyday in the classroom. The spirit of the child is the focus of changing behavior, values, and beliefs. Churches, wake up! You’ve been replaced, but so has the family.

We have officially become the nanny state when ESSA was codified into law  December 2015.

The ultimate goal is to squash all individualism in America. Parents beware! This falls under mental health. It is psychological conditioning. It also happens to be illegal the way they are doing this on children in the United States. Specific psychological interventions have been codified into law that teachers are using daily in our classrooms.  Phone apps are being used to monitor behavior like the BOSS app, Behavioral Observation of Students in School. Other behavioral assessments include: Systemic Screening for Behavioral Disorders; Behavioral and Emotional Screening System; Student Risk Screening Scale; Strengths and Difficulties Questionaire; Screening Social Skills Improvement System. Imagine replacing academics for these conditioning, behavioral systems used on our kids?  It’s not conduct anymore. It’s BF Skinner conditioning. You do not have to imagine anymore, they are being implemented daily.

What Are We Going To Do About It?

Parents, challenge the federal legislation!  We must!!

Professionals in the medical field are identifying these psychological techniques being used in the classroom by teachers, proving that if a doctor would perform these tests in their office, they would need informed written parental consent. Have You Seen Johnny’s Mental Health Profile written by Dr. Aida Cerundolo, Greenland, NH, brings home the reality of today’s classrooms in America. (Source: https://www.wsj.com/articles/have-you-seen-juniors-psych-profile-1494286467)

We are asking parents to become involved. Join our effort to roll back this legislation and demand a Back to Basics Curriculum founded on academic subjects. Let’s get rid of the psychobabble, the datamining, and the unjust platform that disguises the true intent of the federal goals…globalism and total control of the individual.

These are our American children.

Join Child Abuse in the Classroom, A Legal Challenge To ESSA.