Coronavirus Pandemic: Gun Sales Going Through the Roof in U.S.

Despite the chorus of Democrats, journalists and activists condemning guns, gun owners and leftist gun-ban activists condemning the numbers of guns, the amount of ammunition, and laws protecting people’s rights to carry and the current Coronavirus emergency has triggered what can arguably be called the biggest arms buildup by private citizens seeking protection at a time they are witnessing the hatred aimed at them by Democrat officeholders, the narcissistic Hollywood establishment and members of the corrupted news and information conglomerates.

Firearms ammunition maven Ammo.com has seen a 68 percent increase in transactions from the 11 days before February 23, to the period from February 23 to March 4. February 23 was the day Italy began ramping up measures to stem the spread of coronavirus, which has since infected over 24,700 Italian citizens, according to several news sources.

Gun sales are going through the roof in the states of Washington, California, and New York, which have been hit hardest by the Coronavirus. Many of the purchasers were new buyers with little if any experience.

“It’s not like an active panic, more a preoccupation with making sure everyone is adequately prepared, myself and family and friends,” first-time gun purchaser Anna Carrenas told the Times at Arcadia Firearm and Safety in Arcadia, Ca. “Better to be prepared and not need it than need it and not have it.” 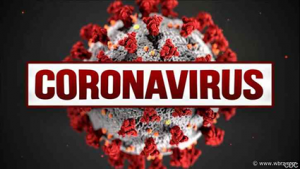 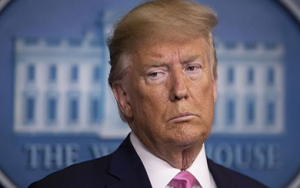 Talk show host and attorney Laura Ingraham also said, “The Bush Administration and congress toyed with the idea of practically militarizing FEMA (Federal Emergency Management Administration), which is basically a ‘bean-counting’ agency. But that idea went nowhere. However, with Obama in the Oval Office, the news media may be more willing to cover up abuses to patriotic Americans.”

“This news is bad, very bad. Worse are attempts by inane politicians, media personnel, entertainers and church officials to impose gun control generally on American citizens. Jihadists are out to get Americans. People need guns now more than ever. Jihad terrorism is increasing in the US. Individual citizens need guns for protection. Jihadists and illegal aliens behead, rape and pillage. Armed Americans must be ready, willing and able to stop them anytime, anyplace,” notes Snyder who serves on boards of the National Association of Chiefs of Police, Council for America and American Federation of Police & Concerned Citizens.

“What makes the right to keep and bear arms so important? Simply put, the individual right to defend against aggression is fundamental to civil society. Self defense is a natural safeguard against violations by individuals or oppression by institutions, such as an increasingly powerful and unaccountable government. History has repeatedly shown that absent this protection, dominating rulers will use force to subjugate and trample the rights of defenseless individuals. We believe the best ammo deals will help Americans stay armed,” said one of the principles at Ammo.com., Brian Miller.

“Criminals want soft targets, individuals who can’t or won’t fight back. Unchecked power corrupts even the best, and people who have known too much power over others for too long become increasingly comfortable with harsh and extreme measures. This is part of what happens when police officers brutalize the citizens they have sworn to protect. The corrupting effect of too much power is what permits a government to slaughter their own unarmed citizens, as we have seen too many times in the last century,” he noted

The Second Amendment was established to prevent such an imbalance of power. It protects our natural rights to live free of domination and coercion, both as individuals and as Americans. Because if we don’t have the ability to defend ourselves, we also risk losing the free exercise of our many other rights.