“When the law no longer protects you from the corrupt, but protects the corrupt from you – you know your nation is doomed.”  —Ayn Rand (1905-1982)

A Kentucky Democrat businessman was sentenced this week to close to two years in federal prison followed by two years of supervised release for a multi-year scheme to funnel more than $200,000 in secret, unlawful corporate contributions into his daughter’s campaign for a United States Senate seat. He was also charged with hiding those campaign contributions from officials at the Federal Election Commission (FEC).

Gerald G. Lundergan, 73, of Lexington, Kentucky, was sentenced before U.S. District Judge Gregory F. Van Tatenhove of the U.S. District Court for the Eastern District of Kentucky, according to FBI Special Agent in Charge (SAIC) James Brown, Jr. of the Louisville Field Office. 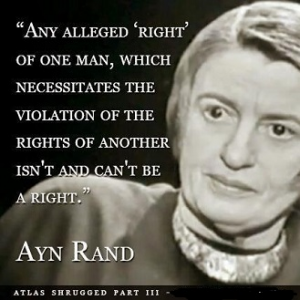 According to U.S. Attorney Robert M. Duncan Jr. of the Eastern District of Kentucky, “On Sept. 12, 2019, following a 35-day trial, a jury convicted Lundergan of one count of conspiracy, one count of making corporate campaign contributions, four counts of causing the submission of false statements to the FEC and four counts of causing the falsification of documents with the intent to obstruct and impede a matter within the FEC’s jurisdiction.

According to the evidence presented at trial:  “Lundergan used the funds of S.R. Holding Company Inc. (S.R. Holding), a company he owned, to pay for services provided by consultants and vendors to a campaign for a U.S. Senate seat in the 2014 election cycle.  The candidate for this seat was Lundergan’s daughter, Alison Lundergan Grimes.  The evidence established that Lundergan caused the issuance of a number of payments from S.R. Holding funds for services that included audio-video production, lighting, recorded telephone calls and campaign consulting, between July 2013 and December 2015.”

The corporate contributions also included monthly payments from S.R. Holding to a co-conspirator — Democrat Dale C. Emmons — and his company Emmons & Co., Inc.  during this period.

According to an FBI press statement, “Mr. Emmons provided services to the campaign and sought and received compensation from Lundergan and S.R. Holding.  Emmons also used the funds of his corporation, Emmons & Company Inc., to pay other vendors and a campaign worker for services rendered to the campaign.  Those services included recorded telephone calls, technological support services, and other campaign-related expenses.”

The jury saw and heard evidence and testimony that established Lundergan and Emmons concealed these activities from other officials associated with the Lundergan Grimes campaign.  Their concealments led the campaign to unknowingly file false reports with the FEC because the reports failed to disclose the source and amount of the corporate contributions. 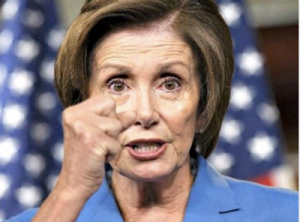 According to a number of police officials, House Speaker Nancy Pelosi, D-California, is among the “crooked politicians” with businesses or connections that benefited from the Paycheck Protection Program (PPP). .

A Pelosi spokesman told the propagandist media that the 80-year-old Democrat’s husband, Paul, is a small investor in the company that owns the El Dorado Hotel in Sonoma, located in northern California’s wine country, according to an Associated Press report.

Is impeachment really about President Trump asking the president of Ukraine to investigate corruption?

One America News Network (OANN) has picked up on a video of Pelosi’s son, Paul, flacking for a Ukrainian company — and officials from the National Republican Trust PAC have seen video evidence to prove it.

According to OANN, “The video shows Nancy Pelosi speaking about her efforts in office to push for clean energy. Her message is followed by a promotional statement from her son Paul, who was a board member of Viscoil and an executive at its related company NRGLab.”

As many investigators have been reporting, impeachment has nothing to do with President Trump breaking laws, it has to do with Democrats protecting their corruption racket.