Deceptive Headlines ARE The News

It is not just the “main stream” stories that are fake, but the big ballyhoo to bring people in is the booming news headlines to draw in the “marks: (carnival term for suckers)  so they can be propagandized. “Step Right Up Folks.” Many read only the headlines to draw their conclusions.

Indeed creators of headlines earn more than regular reporters. Those headlines are the bait to capture the attention of the feeble minded, who most seem to be these days. Well, maybe not all. The Communist “journalists” put in place and paid by George Soros, know EXACTLY what is going on and how all communications are manipulated and use every skill they have to deceive us.
This morning I was met with this headline in the leftist Media: ‘U.S. Voters Think Trump is an “Idiot.”  NO THEY DON’T. The yarn follows to convince all that people now trust media more than they trust President Trump to tell the truth. 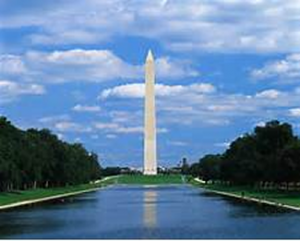 Now class, scrutinize that headline which intentionally gives the impression that EVERY U.S. Voter agrees with this, which they do not. An overwhelming number of U.S. Citizens support President Trump. It is the Demoncrat (oops-typo) Communists who are trying to pull off this falsehood.
More than half the U.S. citizens VOTED FOR DONALD TRUMP TO BE PRESIDENT.  Much less than half voted against him but dedicate themselves to discredit him no matter what he does or says. Most of those votes against him came from illegal aliens thanks to Gov. Moonbeam(Jerry Brown), a Virginia governor and rigged voting machines manufactured by George Soros that flipped votes from Trump to Hillary.
So NO. U.S. Voters did NOT nor DO NOT think this about our duly elected President, Donald Trump. George Soros is the most evil man on earth He made his first fortune by helping the Nazis find Jews in Hungary, his own people, and lead them to their art treasures and gold which he was given a big share of. And those Jews he betrayed wound up in concentration camps, tortured and died in gas chambers.
Yet, this Billionaire Hungarian Jew is indeed a genius, a true evil genius. He took over the news media so he could put out the “news” as would be beneficial to him in his quest to take over America and the world. Then, after taking control of the media, he became a partner in SNOPES, yep, the so called corrected news site that tears apart real stories as pure rumors. So this way he controls our news both ways.  Soros is able to create fake news and discredit legitimate news through SNOPES.
He did that to me when I broke the story about Islam being a required subject for public school 7th graders. He did everything possible to kill that story. And he almost did. I was attacked by newspapers nation wide, even though nobody checked with me to see what documentation I had, and I had plenty, including the handouts with the course material.  The Pittsburgh Post Gazette did a headline story calling me a liar.  The reporter of that story was a Muslim, which figures.  Daniel Pipes who wrote for the NY Post helped this story get out fully.
Time to Push Back against False news Reports-challenge them with letters, phone calls and emails.
In my last story I listed internet news sites where you get REAL news and truth about what is REALLY taking place in America and the world. There you can find accurate news and understand who the good guys are and the bad guys. The Leftist Media covers every single move President Trump makes or whatever he says and turns it into a negative, such as: Trump Criticized by comments at…..Trump does nothing to help Puerto Rico, Trumps speech outrages all….. Melania Trumps choice of high heels on plane causes outrage…..and on and on it goes.
Yet president Donald Trump has not only filled most of his promises to America, except those deliberately blocked by Democrats but has actually accomplished more in less than a year in the Oval Office than most, especially Obama who did nothing his entire 2 term “presidency” but disparage America during his 8 illegal years in The While House.
Here’s one particularly vile deed by a president, George W. Bush who is elderly now and in a wheel chair. He been charged and has apologized for grabbing women by the butt while he was in his wheel chair. Are there no gentlemen left on this earth? Yes, a few. We have abolished God from our lives and society, murder millions of babies in the womb, have abolished any kind of morality and swapped God for perversion, lust and lack of self control, which is the key to strength, power, and God’s blessings and protection, meaning that we have abdicated our leadership.
Perhaps it’s time to check on the history of our country, once the most powerful, wealthy and the envy of the world and how it was established. We were never attacked by a foreign power and we all had a sense of security.  Many ministers including this one often signed our letters, Laus Deo. Any idea what that means?
A dear friend, precious brother and retired pastor who prefers to remain anonymous sent me this very uplifting explanation of that word and how it fit into The United States of America: Read this for your own sake.
Here is what LAUS DEO means and it’s significance.
One detail that is never mentioned, is that in Washington, D.C. there can never be a building of greater height than the Washington Monument.
With all the uproar about removing the ten commandments, etc., this is worth a moment or two of your time.  I was not aware of this amazing historical information.
On the aluminum cap, atop the Washington Monument in Washington, D.C., are displayed two words: Laus Deo.
No one can see these words.  In fact, most visitors to the monument are totally unaware they are even there and for that matter, probably couldn’t care less.
Once you know Laus Deo’s history, you will want to share this with everyone you know.  These words have been there for many years; they are 555 feet, 5.125 inches high, perched atop the monument, facing skyward to the Father of our nation, overlooking the 69 square miles which comprise the District of Columbia, capital of the United States of America.

Laus Deo! Two seemingly insignificant, unnoticed words. Out of sight and, one might think, out of mind, but very meaningfully placed at the highest point over what is the most powerful city in the most successful nation in the world.

So, what do those two words, in Latin, composed of just four syllables and only seven letters, possibly mean? Very simply, they say ‘Praise be to God!’

Though construction of this giant obelisk began in 1848, when James Polk was President of the United States , it was not until 1888 that the monument was inaugurated and opened to the public.It took twenty-five years to finally cap the memorial with a tribute to the Father of our nation, Laus De ‘Praise be to God!’

>From atop this magnificent granite and marble structure, visitors may take in the beautiful panoramic view of the city with its division into four major segments. From that vantage point, one can also easily see the original plan of the designer, Pierre Charles l’Enfant ….. a perfect cross imposed upon the landscape, with the White House to the north.  The Jefferson Memorial is to the south, the Capitol to the east and the Lincoln Memorial to the west.

A cross you ask?  Why a cross?  What about separation of church and state? Yes, a cross; separation of church and state was not, is not, in the Constitution.  So, read on. How interesting and, no doubt, intended to carry a profound meaning for those who bother to notice.
When the cornerstone of the Washington Monument was laid on July 4th, 1848 deposited within it were many items including the Holy Bible presented by the Bible Society.

Praise be to God!  Such was the discipline, the moral direction, and the spiritual mood given by the founder and first President of our unique democracy ‘One Nation, Under God.’

I am awed by George Washington’s prayer for America ….Have you ever read it? Well, now is your unique opportunity, so read on!

“Almighty God; We make our earnest prayer that Thou wilt keep the United States in Thy holy protection; that Thou wilt incline the hearts of the citizens to cultivate a spirit of subordination and obedience to government; and entertain a brotherly affection and love for one another and for their fellow citizens of the United States at large. And finally that Thou wilt most graciously be pleased to dispose us all to do justice, to love MERCY, and to demean ourselves with that charity, humility, and pacific temper of mind which were the characteristics of the Divine Author of our blessed religion, and without a humble imitation of whose example in these things we can never hope to be a happy nation. Grant our supplication, we beseech Thee, through Jesus Christ our Lord.  Amen.” Laus Deo!

It is hoped you will send this to every child you know; to every sister, brother, father, mother or friend.  They will not find offense, because you have given them a lesson in history that they probably never learned in our American Public Schools.
ANALYZING TODAY’S NEWS FOR TOMORROW’S HISTORY
© 2017 Austin Miles – All Rights Reserved