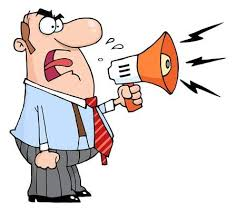 typical of every email he sends to those writing for NewsWithViews. He attacks everything written and takes personal jabs at the writer. Mr. Berger smugly acts as though he is a spokesman for Jesus as you will see below, even though he is an atheist and hates all who believe in God.
Commenting on my story yesterday regarding the false witness, Christine Blasey Ford, who took over a million dollars to testify against Judge Kavanaugh, Mr. Berger staunchly defended her. It could be that Berger wants ‘recognition’ which makes him a real HamBerger.
The actual email below is published as it was sent. This writer never responds to nut mail. If you wish to respond to him, the email address is right below which is robertbberger@yahoo.com
—–Original Message—–

Hello again Chaplain Miles! Pardon me for being brutally Frank but your latest rant for News With Views is absolutely appalling. It assumes many facts which are not proven and  is a vicious attack on Christine Ford, who is anything but a “dim-witted blonde “.
Your description of her is not only grossly unfair but blatantly sexist and misogynist. And totally un-christian. This woman has a doctorate in psychology from a highly reputable university and is a highly respected researcher at a university.
We have no proof she is lying, and Kavanaugh who is now a member of the Supreme Court, is not an angel by any means and has feet of clay. Why would Ford put her career and reputation in  jeopardy by lying?
She cold have lost her job and have been banned form working in her field and never find work at another university. She would have opened herself up to a lawsuit by Kavanaugh .
Bret Kavanaugh is a rigid and dogmatic opponent of women’s reproductive rights. He is not only utterly opposed to abortion but as a Catholic, wants to make contraceptives, the very thing which  has PREVENTED so many abortions over the decades. The  morning after pill  prevents surgical abortions.
This is not “murder“. You cannot “murder“ something which can only be seen with a microscope.  These pills are not “abortifacients “. An abortion is the surgical  removal of a partially formed and VISIBLE fetus. A fertilized cell is not a “person“, any more than an acorn is a tree. Contraceptives MUST  always be  legal and affordable, and out government  should provide financial help to poor women so they can avoid unwanted pregnancies and provide for the children they have .
If you are opposed to abortion, you have no moral right to be opposed to contraceptives. You cannot have it both ways. The Democratic party is the party which fights to help poor women and the poor  in general. The Republican party is the mortal enemy of women, the poor, the unemployed,  the disabled, people with serious illnesses, the elderly and infirm, children etc because ti has done nothing in our time but  try to deny these people everything they need to avoid starving and dying on the streets .
It blatantly defies  everything Jesus stood for. Its members are the worst hypocrites on earth. They are rich, privileged people who ca eat at the finest restaurants and have access to the best medical care on earth, yet they want to deny the poor and middle class the basic necessities of life. Under Trump, the abortion rate in America is guaranteed to INCREASE markedly .
Brett Kavanaiugh would vote not only to make abortion illegal but to deny women everything they need to provide  for their children and avoid unwanted pregnancies. He is a vile hypocrite. Trump is the most vile, evil and malicious president in US history. He is heartless, soulless, witless and brainless. He is a pathological liar. Every time he opens his fool mouth he lies. He is also a bogus Christian who cynically pretends to be one while living a life of debauchery.
If you read about Brett Kavanagh’s true record in life, you will see that he is far from being an admirable person. But  conservatives in America got their wish anyway and Kavanaugh is now a member of the Supreme Court.
And even if he had not been confirmed, he still would have had a prestigious position on the second highest US court. But the future of  Christine Ford remains uncertain. All evidence shows her to be a good and honorable woman.
Donald Trump is a known sexual predator. This man has absolutely no conscience and absolutely no remorse for the countless terrible things he done both as a president, businessman and a private citizen.
Why do Christians all over America continue to worship this despicable man? And to revile his predecessor Barack Obama, who as an infinitely better president and is an infinitely better human being.
A man who has been the victim of a vicious smear campaign which was designed to destroy him.  And yet who withstood all the blatant and vicious lies against him and  the vile racist hatred to which he was subject with dignity, restraint and forbearance. Obama is also an infinitely better Christian than Trump. He is a good, decent, honorable and highly intelligent man – everything which Trump is not. America has gone form the sublime to the ridiculous with Trump, who is  defiling the White and is a disgrace to the presidency, our government, the Constitution and the American people.
It is Bret Kavanaigh who is worse than thought, sir. You should hang your head in shame for your latest post at News With Vews and ask your God for forgiveness.
—Robert Berge,r New Rochelle, NY .
Editor’s Note: So here are the words of a Democrat, Atheist, God Hater, and dedicated Obama Supporter whose people want to have total control over you.
ANALYZING TODAY’S NEWS FOR TOMORROW’S HISTORY