California’s far-left Democrat, Sen. Kamala Harris, compared U.S. Immigration and Customs Enforcement (ICE) to the Ku Klux Klan (KKK) on Thursday, which angered the agency’s acting director who replied that there isn’t an equivalence between patriotic and brave law enforcement officers who enforce the law, and a racist mob bent on violence and intimidation.

The exchange between Senator Harris – the sister of a Hillary Clinton minion, Maya Harris —  came while Ronald D. Vitiello, the acting director of the U.S. Immigration and Customs Enforcement, appeared before the Senate Homeland Security Committee.

Mr. Vitiello had sharply criticized sanctuary cities and their officials for refusing to cooperate on deportations. He also requested that Harris and her likeminded politicos respect for his employees who he said deserved not to be disrespected by politicians, the press or activists looking to score political points.

“Harris and other Democrats have been merciless in their rhetoric against the ICE special agents, the Border Patrol and Customs agents. Besides Sen. Harris, who sounded much like Hillary Clinton who, during her presidential campaign, compared police officers in minority neighborhoods to ISIS [Islamic State of Iraq and Syria], Rep. 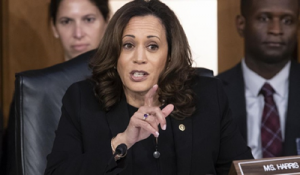 “Democrats may at times pay lip-service to law enforcement, but they have repeatedly shown they detest certain cops who enforce laws with which the Democratic Party disagree,” noted St. Francis.

During her grilling of the ICE acting chief, Ms. Harris, the California Democrat who is already vying for Democratic Party presidential bid, said there are “many” people who perceive ICE officers as similar to KKK thugs in using violence and intimidation.

“I’m very specific about what I’m asking,” she said. “Are you aware that there’s a perception that ICE is administering its power in a way that is causing fear and intimidation particularly among immigrants and specifically among immigrants coming from Mexico and Central America?”

“Mr. Vitiello should have reminded Harris that it was the Democrats in the South who created the Ku Klux Klan. If it wasn’t for federal law enforcement groups, there would have been no one fighting the KKK and imprisoning their leaders,” Greg St. Francis said. 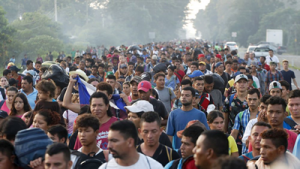 “On behalf of the men and women of ICE, I want to thank Senators Cassidy and Perdue for introducing this resolution and for standing in solidarity with ICE law enforcement officers and staff, especially at a time like this.

“The actions taken by Portland Mayor Ted Wheeler against ICE employees living and working in Portland are reprehensible, and we believe unconstitutional. We feel nothing short of blessed that no ICE employees suffered serious injury or death as a result of the mayor’s negligent actions. We applaud Senators Cassidy and Perdue for their efforts to bring attention to and condemn what ICE employees have gone through in Portland and around the country,and urge all Members of the Senate to support this resolution. 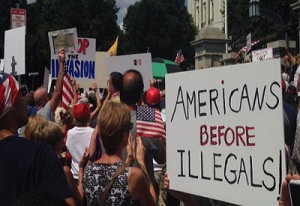 “Certain elected officials, political leaders, and members of the press have engaged in hateful and often false rhetoric against our officers and employees encouraging widespread death threats and the targeting of ICE officers, employees, and their families. For these leaders, officials, and the media to enflame this type of hatred toward our officers and staff – at a time when law enforcement personnel are being targeted and have been assassinated on our nation’s streets – marks a truly dark time in our country’s history. It’s comforting to know that some in Congress, like Senators Cassidy and Perdue, still understand the value and importance of supporting the brave and courageous men and women of law enforcement.

“National security, or even basic border security, does not exist without the interior enforcement of a nation’s immigration laws, as the horrific events of 9/11 and indeed terrorist attacks worldwide have proven. With over 2 million criminal aliens estimated to be currently residing in the U.S., our jails and prisons are already dramatically overcrowded and local police are often overwhelmed, begging for ICE and its resources to assist in making our communities safer. Those calling for the abolishment of ICE don’t understand the significant threat to our nation’s security and the safety of American communities that their ideas present.”

The National ICE Council represents the over 6,000 rank and file ICE law enforcement officers and support personnel who enforce our nation’s immigration laws, apprehend dangerous criminals and keep our communities safe each and every day. The men and women of ICE Enforcement and Removal Operations (ERO) serve in all 50 states, Guam, Puerto Rico, Saipan, and the U.S. Virgin Islands and in Fiscal Year 2017 made 143,470 overall administrative arrests. Of these arrests, 92 percent had a criminal conviction, a pending criminal charge, were an ICE fugitive or were processed with a reinstated final order. (Source: Fiscal Year 2017 ICE Enforcement and Removal Operations Report.)