During the busy Christmas shopping season that began with Black Friday the day after the Thanksgiving holiday many bargain-hunters were — and continue to be — subjected to loud, boisterous labor demonstrations in front of department stores such as the Wal-Mart chain and other non-union retailers, according to national and local media stories.

What only a few media outlets covered were the allegations and convincing evidence that union front groups — paid for by either the unions or their Democratic Party puppets — are staging these holiday shopping protests in cities and towns throughout the country. The intent is to generate biased news coverage and publicity portraying the protesters as working-class heroes.

They have at times managed to disrupt holiday shopping in their quest for a negative PR campaign against retail employers, according to officials from the non-partisan Worker Center Watch.

“The protesters come from the same political labor pool as the members of Antifa and other left-wing movements. They couldn’t care less about the employees or their employers. The idea is to create negative impact of the U.S. economy so Americans and immigrants will accept socialist policies that give Democrats more power, more tax money and more control of the citizenry,” said former corporate security director Chuck Losasso, who also worked in retail security. 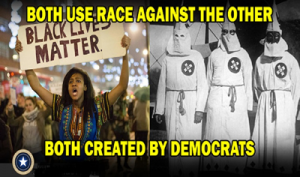 The organization offers disturbing proof that very few current employees of retailers being targeted are involved in the protests and demonstrations. They claim that “union members, their worker center activist allies and professional protesters sing songs, carry signs and chant through bullhorns in protests more focused on generating media attention than helping workers.”

“The deceptive Black Friday campaign, designed to look like a worker uprisings, has been planned for weeks, including designating protesters in big media markets for arrest,” Worker Center Watch officials allege in a press release.

“Unions, desperate for new dues after decades of declining membership, have embraced non-profit worker centers to do their dirty work for them. Worker centers are labor organizations, they clearly fit the definition,” said Ryan Williams, media director for Worker Center Watch, a coalition of business owners and concerned citizens dedicated to exposing labor unions’ abuse of the worker center organizational model.

“It’s a way that allows the unions to skirt labor organizing laws by letting the activist groups they sponsor to attack employers for them. Big Labor is spending millions of dollars on a massive charade against job creators at a time when our economy can least afford it,” notes Williams.

“This isn’t the first time unions have used paid protesters and thugs to carry out their ‘brown shirt’ activities against capitalists, conservatives and Tea Party members. They create fake organizations and pay all the expenses for these so-called labor actions,” said a former director of security for a large retail chain, Joseph Waylon.

“The Obama administration and the Democrats know this is happening but they do nothing to stop this fraud because these same labor unions pour millions and millions of dollars into their political coffers,” Waylon added.

A study — conducted for the U.S. Chamber of Commerce by Jarol B. Manheim, Professor Emeritus of Media and Public Affairs at The George Washington University — exposes how an extensive web of foundation cash fuels prominent union front organizations. For example, the Kellogg Foundation channeled over $1.2 million to the Coalition of Immokalee Workers, the Open Society Institute — billionaire radical George Soros’ main organization for  political activism — gave the National Domestic Workers Alliance $695,000, and the Rockefeller Foundation gave Restaurant Opportunities Center United $300,000. 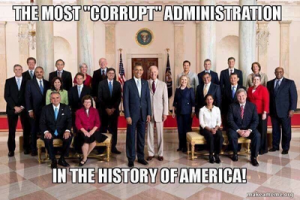 The group’s study also examines how many union front groups receive taxpayer-funded support from the Obama administration. For example, the group Restaurant Opportunities Center of New York received grants totaling more than $940,000 from the Secretary of the Department of Health and Human Services Kathleen Sebelius over four years, according to the U.S. Chamber.

In fact, as reported in an Examiner news story, Restaurant Opportunities Center of New York just had received money from HHS to hire Obamacare navigators.

The Examiner story revealed: “The health education organizer for the Restaurant Opportunities Center is an illegal alien activist named Maria Marroquin, CIS reveals in a report. According to the CIS report she will be in charge of the taxpayer-funded Obamacare recruitment efforts for the New York organization, which is known to be a labor union front group.”

According to Ryan Williams and his non-profit organization, several practices employed by unions and their worker center allies — practices that border on bullying — were exposed by researchers.

The list of strategies being utilized by unions, such as two of President Barack Obama’s and the Democrats’ biggest supporters, Service Employees International Union (SEIU) and the AFL-CIO, includes:

In recent weeks, the financially powerful unions’ have used the worker centers to help them skirt organizing regulations even though such practices have come under increasing scrutiny by Congress and others, according to Worker Center Watch.

“What should anger clear-thinking Americans is the news media’s complicity in this phony scenario: the police must arrest protesters who break the law or disturb the peace and the reporters turn these thugs being arrested into ‘martyrs’ for the ‘workers-of-the-world-unite’ crowd,” said former police detective Michael Snopes.

At times the retailers do find a judge who is fair and honest in applying labor law. For example, according to Worker Center Watch, just prior to the Thanksgiving holiday a Maryland circuit court judge banned protesters from coming onto the property of a large retail store they were planning to demonstrate against.

“By using the non-profit worker centers to carry out these aggressive tactics against employers, unions such as the United Food and Commercial Workers Union (UFCW) and the Service Employees International Union (SEIU) are skirting labor laws to push their agenda,” according to Worker Center Watch.

The group points to a recent study released by the U.S. Chamber of Commerce that reveals how unions and certain foundation allies are funneling millions of dollars through worker centers to drive their political and social agendas. The report, The Emerging Role of Worker Centers in Union Organizing: A Strategic Assessment, details the tremendous financial support that worker centers receive from foundations such as the Kellogg, Ford and Rockefeller.