Skip to content
Home/June 2018, National Headlines/Democrats Change Their Trump Hating Strategy in Hopes of Fooling The People And Defeating GOP In November

The Democratic Party appears to have read the proverbial tea leaves regarding the already chaotic Trump-Russia Collusion case being investigated by the already tarnished Special Counsel Robert Mueller and are now seeking a new controversy along with the Democrats’ propaganda machine a/k/a the elite news media.

What they have discovered – or think they’ve discovered – is the increasing criticism directed at the Trump administration’s decision to separate children from their illegal-alien parents at the border.

One of Florida’s Democratic congressional candidates,  Matt Haggman, has already taken to the airwaves with an expensive political ad campaign plus appearances on shows that offer widespread news coverage of his positions.   Matthaggman.com

For example, on Thursday night, Haggman appeared on the top-rated Fox News Channel show Tucker Carlson to argue the need to abolition one of the Homeland Security Department’s busiest bureaus, Immigration and Customs Enforcement (ICE).

Haggman, is running for the Democratic nomination in Florida’s 27th Congressional District, which 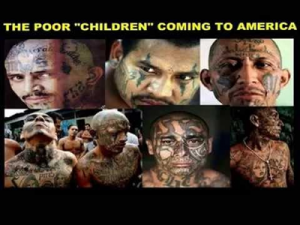 has a history of voting for radical leftist Democrats. In the beginning of the latest illegal alien surge when Border Patrol and ICE agents arrested the lawbreakers, but sent their children – or young ones they claimed were their children to childcare centers, the Democrats and their media sycophants began a new anti-Trump strategy.

He first announced his support to abolish ICE earlier this month: “ICE was created in 2003. We’re talking about a 15-year-old agency that has far overstepped its intended, national security function and is sucking up government resources to deport families and detain children.”

Since then, backlash against Trump’s policy has been gaining among the Democrats, some Republicans and news media outlets. The media is reporting on the detention facilities, at times using photographs and video footage of children being detained during the Obama administration..

Haggman, using a 15-second political ad, is telling Americans that ICE should be abolished: “ICE under Trump targets children. In Congress, I’ll work to close ICE down. We can protect our borders without being cruel to kids.”

“It’s at once comical and sad that these Democrats care so much for children’s lives. If only they showed as much concern over the daily killings of youngsters in Chicago. Why aren’t they complaining about kids being murdered in Detroit or San Francisco or Camden, NJ?” former police captain and drug enforcement official Anthony LaGrasso. “I’ll tell you why: it’s because complaining about those cities reminds Americans that they are run by the Democrats who couldn’t stop a crime of our lives depended on it,” quipped LaGrasso.

While Mr. Haggman paints ICE and it’s law enforcement officers with the broadest of brushstrokes, he fails to mention the fact that ICE agents, especially those assigned to the Homeland Security Investigations division. 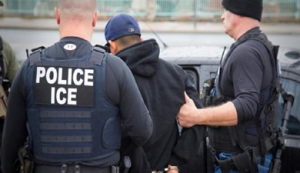 According to officials at ICE, who sent the National Association of Chiefs of Police a number of incident reports and statements, these lawman have succeeded in capturing, imprisoning and deporting some of the most dangerous men and women walking America’s streets:

ERO officers removed Frank Adonay Gonzalez Valdez, an El Salvadoran national with MS-13 affiliations, June 15 and transferred him to the custody of El Salvadoran law enforcement authorities upon his arrival in his home country. Gonzalez was initially encountered by U.S. Customs and Border Protection Sept. 13 when he tried to enter the U.S. without a valid nonimmigrant visa. He was entered into removal proceedings, and on May 15, an immigration judge issued him a removal order. Days later, ICE was notified that Gonzalez was the subject of an active arrest warrant in El Salvador for affiliation with terrorist organizations (MS-13).

ERO officers removed Andrew Wall, an Irish national and member of the organized crime syndicate “Cock-Wall Gang,” June 19 and transferred him to the custody of local authorities at Ireland’s Dublin Airport. Wall served time for manslaughter in his home country and was wanted there for possession of articles that can be used in theft. He entered the U.S. through the Visa Waiver Program, but failed to depart by Feb. 1. 2017, in accordance with the terms of his admission. On Dec. 20, 2017, he was arrested for shoplifting and employing a juvenile in the commission of a crime in South Plainfield, New Jersey. In January 2018, ERO arrested him on immigration violations and confirmed he had outstanding warrants in Ireland.

ALEXANDRIA, Va. – A Honduran national pleaded guilty today to illegal reentry after removal and conspiring with others to transport illegal aliens to various locations in the United States.

According to court documents, Danny Josue Zelaya-Ortiz, aka “Jose Castro”, 29, was part of a conspiracy to charge illegal aliens in the United States a fee for transporting them from Texas to other states across the country.

In April 2018, Zelaya-Ortiz picked up at least six alien passengers, all of whom had been smuggled into the United States from the Mexico border. Zelaya was driving the passengers towards Maryland and the New York area when his vehicle was stopped in Virginia by Fairfax County Police on April 25, 2018. He was cited for an improper vehicle tag display and driving without an operator’s license. Homeland Security Investigations special agents responded to the scene after it was determined Zelaya-Ortiz and the passengers had no lawful status in the United States.

Zelaya-Ortiz admitted he knew the passengers were illegal aliens and that he received payments for his role in the scheme. At the time of the crime, Zelaya-Ortiz had been in the country illegally after having been twice removed by immigration officials.

Jason Vizcaino-Velepucha, 22, was removed from the United States via an ICE Air Operations Charter flight and transferred into the custody of Ecuadorian law enforcement authorities upon arrival to the capital of Guayaquil.

According to Ecuadorian law enforcement authorities, in October 2014, Vizcaino, acting in concert with others, committed the crime of rape while in Morona Santiago, Ecuador. The victim was a teenage female.

FGM is a cultural practice that involves cutting or other harm to female genitalia for non-medical reasons. It is often performed on girls between the ages of six and ten. FGM provides no health benefits and, in fact, can cause severe health effects – significant bleeding and acute pain, as well as life-long consequences of chronic infection, childbirth complications, post-traumatic stress disorder, depression, and even death.

As part of Operation Limelight USA, specially trained HSI and FBI agents talked with families and other passengers about the harms of FGM and shared informational materials on the criminal penalties for FGM and available resources for girls at risk. The three-day program, June 13 to 15, reached travelers on nine international flights bound for connecting hubs or destinations with high prevalence rates of FGM. It was held at the beginning of summer vacation when girls may be sent from the United States to other countries to undergo FGM, a practice known as “vacation cutting.”