The Marxist-Leninist revolutionaries’ playbook is still in use today by the Democratic-Socialist Party and its weaponized use should sound the alarm and instill fear in all clear-thinking, patriotic American citizens, according to former U.S. intelligence analyst and ex-police officer Gerald Brookhaven.

“In 1917, the Bolsheviks used Russia’s losses during World War I to incite a revolt that overthrew Czar Nicholas and created the beginning of the Union of Soviet Socialist Republic,” Brookhaven said on Friday, just hours before President Donald Trump held a rally in South Carolina at which he reported on the coronavirus to the American people.

Like the original Leninists in Russia, the Democratic Party is attempting to use the fear and discontent falsely created by the far-left Democrats, their news media comrades and activist groups in order to sell socialism and Marxism to the millions of uneducated or overly 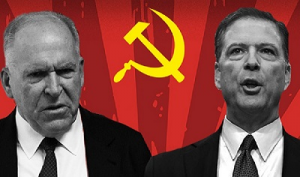 indoctrinated Americans and foreigners living in the United States.

“Far-left extremists are taking over the Democrat Party and pose a clear and present danger to our democracy,” said Rep. Jim Jordan, R-Ohio, who gained national prestige during his defense of President Donald Trump during the Democratic Party’s and news media’s unending attempts at overthrowing the current administration..

The Democrat Party is on the verge of making history: the probability of a socialist at the top of their ticket is increasing every day. Whoever emerges victorious will be the most radical presidential nominee in the history of the Democratic party, according to William “Wild Bill” O’Shea, a former police inspector and county prosecutor.

In an email sent to the National Association of Chiefs of Police, Rep. Jordan stated, “As I write this to you, I’m simply at a loss for words as to how Democrats have let fringe candidates [such as Bernie Sanders, Alexandra Ocasio-Cortez, and Howard Schiff] take control of their party.” 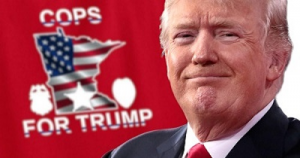 “I wonder if the folks who are casting their votes realize they’re about to promote the most extreme candidates into positions of real power,” Jordan noted.

A Gallup poll released late last year revealed 43% of Americans “say socialism would be a good thing for the country.”

“There is a clear and present danger that if we don’t do everything in our power to re-elect President Trump and take back the House of Representatives, a socialist might occupy the Oval Office come January 2021,” warned the former college wrestling coach.

“If we don’t do something right now to wake up Americans flirting with electing so-called Democratic Socialists, it’s going to be too late.Together, we can win this election, re-elect a president who believes in capitalism and put to rest any possibility of this country taking a [radical] left turn,” said Congressman Jordan.

[YouTube Video: The End of the World as We Know It, with Mark Steyn]