Skip to content
Home/November 2020, Opinions/Despite the Democrats sworn lapdogs saying the election was secure – the evidence says otherwise in a big way

Election Auditors, IT Specialists, and Data Analysts Among Others Speak: Overwhelming Evidence of Voter Fraud – Enough to Change the Election

The mainstream media these days is nothing but a collection of lying, worthless, good-for-nothing lapdogs that have no journalistic integrity and are incapable of reporting the truth.  The media’s bias – their slant if you will, in Joe Biden’s favor is so glaringly obvious a child can see it.

What is also obvious (unless you are a Democrat, a Big Tech owner, or media personality) is that there is a YUGE amount of corruption involved in the 2020 presidential election.

According to Joe Hoft of The Gateway Pundit, there is enough evidence of illegitimate votes to overturn the election – RIGHT NOW. 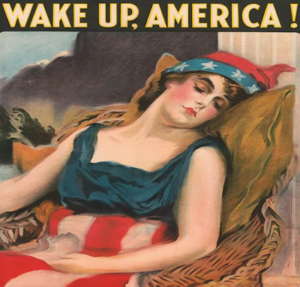 “In a little over a week, groups of volunteer IT specialists, Data Analysts, Auditors and more, have uncovered enough potential fraud to overturn the 2020 Election.”

There is plenty of evidence of fraud as we have already reported on.  Other reports detail:

Ya’ don’t SAY: You’ll NEVER guess why Dems Warren, Klobuchar, and Wyden issued a formal complaint against Dominion in 2019 (ok, you MIGHT)

Steve Cortes Discusses “The Election of Statistical Improbabilities” – GA With 95,000 Biden Only Votes…

The mainstream media can “splain” all they want – there is way too much evidence to simply set aside allegations of fraud as Right-wing conspiracy theories.

As referenced above, even the Democrats filed a complaint concerning Dominion Voting Systems – for…electronic vote switching – how curious.  But this was the Democrats, their claims are legitimate.

THE HAMMER and SCORECARD needs to be assessed and evaluated.  With all the evidence of vote switching, this cannot be ignored.  Ignoring the evidence in full view of massive vote/election fraud is detrimental to the stability, to the health of our nation.  One cannot have a healthy and stable form of government when a group of operatives consistently seek to undermine the underpinnings (the Constitution, the Bill of Rights) of our country in order to achieve their own dark and destructive agendas.

General Michael Flynn said concerning the election and the Left:

“We cannot allow the opposing leftist agenda to continue enabling the fleecing of America, peddling connected-influence for cash, exploiting American innovation for an elitist self-serving purpose, wielding official power and influence as a means to ensure personal gain while exercising mass control and selling out our American ideals for ideologies to pursue what the leftists would like as ‘common and normal.’”

TCP News Staff wrote yesterday of another USPS whistleblower – whom the media is working feverishly to discredit of course.

How about this gem: CNN compares Donald Trump to the Nazis and their purge of the Jewish people.

Watch – have your barf bag ready.

Have you ever heard of Benford’s law?  This is a very interesting piece of information – a computational system that is capable of finding irregularities in voting counts.  The media is of course out to deny and destroy this as usual claiming Benford’s law proves nothing.  Hmmm, the following would to any thinking person seem to suggest otherwise:

“Though many are unfamiliar with it, Benford’s law is a computational system that has been used time and time again to unearth election fraud. It was used in the 2000 and 2004 presidential elections, for instance, as well as in the 2003 California gubernatorial election. It has also been admitted as evidence in criminal cases at the federal, state and local levels.”

Biden’s number are unnatural, as in not normal, as in fraudulent.

Lets be very clear here – the ONLY reason Biden-Harris appear to have won is because they utilized widespread fraud.  The numbers and the evidence bear this out.