Diamond And Silk Go To Washington

Lynnette ‘Diamond’ Hardaway and Rochelle ‘Silk’ Richardson testified before the House Judiciary Committee on social media filtering practices on April 26. Hardaway and Richardson were invited to Washington to speak before Congress by Rep. Steve King, an Iowa Republic

“Freedom is never more than one generation away from extinction,” said Bob Goodlatte, the House Judiciary Committee chairman, quoting President Ronald Reagan as he began a hearing Thursday morning.

Goodlatte implied that freedom was under high-tech assault, because Lynnette Hardaway and Rochelle Richardson, two Democrats turned pro-Trump social media stars, better known as “Diamond and Silk,” claimed they had been censored by Facebook.

Mark Zuckerberg, CEO of Facebook, recently testified before a joint hearing of the Senate Judiciary and Commerce committees amid an ongoing controversy over Facebook’s gathering of user data, algorithms, and conservative content censorship. Zuckerberg admitted at the hearing that he was “not specifically aware” of any instance in which his social media platform removed any content posted by leftist liberal groups, such as Planned Parenthood, MoveOn.org, or any Democrat candidate for office amid numerous allegations that his site routinely targets conservative content for censorship and is completely biased against conservative political and religious content.

Sen. Ted Cruz, R-Texas, told Zuckerberg that “a great many Americans are deeply concerned that Facebook and other tech companies are engaged in a pervasive pattern of bias and political censorship.” Cruz went on to name conservative content that had been suppressed by Facebook, which included stories about 2012 GOP presidential candidate Mitt Romney and the Lois Lerner IRS scandal. Additionally, Facebook initially shut down the Chick-fil-A Appreciation Day page, blocked over two dozen Catholic pages, and most recently blocked Trump supporters Diamond and Silk’s page – with 1.2 million Facebook followers, after determining their content and brand were “unsafe to the community.” 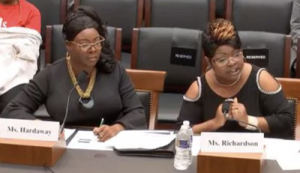 Diamond and Silk accused Facebook of discriminating against them due to their support of President Trump. They testified that Facebook had sent them a notification stating their content had been deemed “unsafe” in April. Facebook apologized for what it called an “enforcement error.”

Democrat politicians treated Diamond and Silk as if they had come into a corrupt windfall of cash since supporting Donald Trump and grilled the two women, asking them if they had ‘monetized’ their brand and have benefited financially from their social media efforts.

FEC filings showed that Hardaway and Richardson were reimbursed a whopping $1274 for travel expenses paid for by the Trump campaign. The legality of the travel expenses paid was never in question, but the Democrats, specifically Rep. Hank Johnson (D-GA) and Rep. Sheila Jackson Lee (D-TX), strongly implied that Hardaway and Richardson were paid by the Trump campaign for “services” and they kept reminding the two ladies that they were “under oath.” Johnson “accused” Diamond and Silk of making “a ton of money” using the Facebook platform, as if it were a crime for black, former  Democrat women, to become entrepreneurs and make money in pursuit of the American dream on Facebook!

“You’re not gonna make us feel guilty,” Diamond passionately told Rep. Hakeem Jeffries (D-NY), who noted that they were using Facebook to make money. “I don’t see you walking up to a white person and saying, ‘Oh, you shouldn’t be monetizing that.’ ”

“I respect your game,” Jeffries replied. “I really do.”

“It’s not a game,” Diamond replied.

Imagine that. Democrat politicians, who surely receive more money and benefits than the average American can only dream of, by means of salary, campaign contributions, dining and travel expense accounts, political action committees (PACs), kickbacks, favors owed, and often through corrupt means, lectured Hardaway and Richardson on the seeming impropriety of them receiving $1274 for reimbursed travel expenses, which, by the way, were lawfully disclosed via FEC filing.

Back in 2015, while on the campaign trail, Donald Trump held a campaign rally in Diamond and Silk’s home state of North Carolina and called the two sisters onstage.

“I hope you’ve monetized this,” Trump said. “Do your routine.”

It certainly does seem that Democrats are having a problem with the idea of black American citizens becoming independent entrepreneurs, while Republican politicians have been encouraging them to do so. 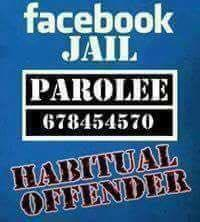 Facebook is a giant private company, in a very public domain. Democrats want Facebook to be able to shape the hearts and minds of the general public, to the liberal left way – of course, censor conservative religious and political content, and support Democrat candidates and their causes, without interference, as a private company. Yet, they also want privately owned conservative bakeries to be compelled to bake cakes for gay weddings.

Many conservative social media users have already left the Facebook platform due to privacy concerns and over the frustration of being temporarily banned from posting content (Facebook jail) for the ‘crime’ of sharing conservative religious and / or political content. MeWe, a much smaller version of Facebook, has had its subscriber base expand exponentially over the last 6-months, due to the anti-conservative practices of Facebook. Facebook has been running a lot of television ads recently, asking the public to come back and trust them, but their brand has been badly tarnished and they have lost much of the public’s trust.

It is difficult for Democrats to go to their playbook and call President Trump a racist, when two of his most devoted supporters are Diamond and Silk, two aspiring entrepreneurs and inspiring black American women who declare their love of Trump’s policies and won’t let the Democrats get away with branding him a racist.

President Trump garnered 8 percent of the black vote, which was double the amount of votes the last two Republican presidential candidates received against Barack Obama and is about the same percentage of the black vote that George Bush received when he ran against Al Gore.

There is one core voter constituent that the Democrats fear losing more than any other: the black vote. If black Americans begin supporting Republican candidates in double-digit numbers, it will be extremely difficult for Democrats to win national elections. This is why Democrats will swing for the fences when trying to take down black Americans, such as Diamond and Silk, who have left the Democrat plantation and the crumbs that they offer for the pursuit of independence, freedom, and the American dream.