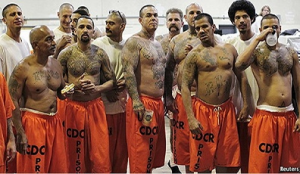 A New York district attorney for the city’s most populated county (borough) is allowing illegal aliens off-the-hook for non-violent crimes. That includes larcenies, criminal trespassing, disorderly conduct, harassment and other misdemeanors. Such a “dispensation” is only for those living in the U.S. illegally, meaning citizens and legal residents will face arrest and prosecution for these so-called minor charges.

According to investigators at the nonprofit, nonpartisan Judicial Watch, the top law enforcement official in New York City’s Kings County (Brooklyn) ordered his staff of prosecutors to stop charging illegal immigrants with minor crimes in order to protect them from being detained and deported by federal agents from the Immigration and Customs Enforcement directorate of the U.S. Department of Homeland Security.

”You can’t make this stuff up. Officials elected by law-abiding citizens to protect, defend, uphold and enforce criminal laws are bending the rules to protect those in the country illegally. This is a huge step beyond offering illegal aliens sanctuary and constitutes a violation of the oath these public officials have taken,” according to a report from Judicial Watch officials. 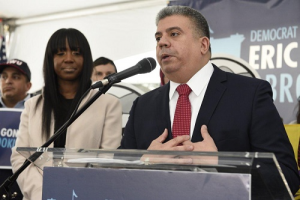 Brooklyn’s elected Democrat District Attorney Eric Gonzalez is believed to be the first to issue the order creating two sets of rules involving local crimes. There is a set of rules for illegal aliens that “relaxes” their treatment by law enforcement, and there is another set of rules for citizens who will suffer the full extent of the law including incarceration.

“This should outrage all police officers who are sworn to uphold the law and mandated to avoid racial or ethnic profiling. Prosecutors are already notorious for reducing charges on crime suspects, so technically an illegal alien who committed a burglary can see his charge reduced to criminal trespass. The district attorneys in New York City’s five counties enjoy a large amount of autonomy and are politically-motivated since they are elected officeholders,” said former Detective First-Grade Sid Franes, who served in Manhattan and Queens boroughs.

In a statement issued by the Brooklyn District Attorney’s Office, Gonzalez said: “I am committed to equal and fair justice for all Brooklyn residents – citizens, lawful residents and undocumented immigrants alike. Now more than ever, we must ensure that a conviction, especially for a minor offense, does not lead to unintended and severe consequences like deportation, which can be unfair, tear families apart and destabilize our communities and businesses. In Brooklyn, we have been proactive in protecting immigrants from fraud and hate crimes and now, with the unprecedented hiring of immigration attorneys and the implementation of this policy, we continue to lead on this important issue.”

Gonzales went on to state, “I want to emphasize that our Office is not seeking to frustrate the federal government’s function of protecting our country by removing non-citizens whose illegal acts have caused real harm and endangered others. Rather, our goal is to enhance public safety and fairness in the criminal justice system and this policy complements, but does not compromise, this goal. We will not stop prosecuting crimes, but we are determined to see that case outcomes are proportionate to the offense as well as fair and just for everyone.”

“Now more than ever, we must ensure that a conviction, especially for a minor offense, does not lead to unintended and severe consequences like deportation, which can be unfair, tear families apart and destabilize our communities and businesses,” Gonzalez said.

Following the Brooklyn DA’s policy being exposed, prosecutors in Maryland’s largest city jumped onboard the anti-Trump bandwagon, only with less fanfare and less press coverage. There was no public announcement or celebratory press, only an internal memorandum.

“In considering the appropriate disposition of a minor, non-violent criminal case, please be certain to consider those potential consequences to the victim, witnesses, and the defendant,” Schatzow wrote to his staff.

Mosby herself boasted at an event in Chicago about what she claims was a successful prosecution of six Baltimore police officers associated with the Freddie Gray case. Not one of those officers was convicted of the excessive charges she brought against the officers.

“Had I not been in that position as State’s Attorney, had I not had a seat at the table to make the unprecedented decisions that I was forced to make, had there been no accountability, there’d be no exposure, there’d be no reform, and the systemic discriminatory police practices in one of the largest police departments would’ve persisted,” Mosby said, according to the police-support group Blue Lives Matter