Mounting evidence has emerged confirming that the Coronavirus fears being fed to the American public and the world are a well-orchestrated, planned, crisis exercise event.

A video has emerged of Dr. Anthony S. Fauci, the lead spokesperson for Trump’s Coronavirus Task Force, in which he states, “There will be a surprise outbreak.” The recording is from a speech he gave at Georgetown University on January 10, 2017, just ten days before Donald J. Trump was sworn in as the 45th president of the United States. Based on the timing of Dr. Fauci’s statement, it can be surmised that a planned epidemic was the Deep State’s “nuclear option,” if all other efforts failed in removing President Trump from office.

“Fauci,” an Italian name, translated into English, means “jaws.” America’s Constitutional freedoms are literally being held in the jaws of this wannabe Mussolini, Dr. Anthony Fauci.

Can it really be true, that all the news coverage about Coronavirus being broadcast 24/7 is a well-orchestrated fear campaign? Yes. The same Democrat Party and leftist mainstream media that gave us “Russian collusion,” and “the Ukrainian phone call worthy of 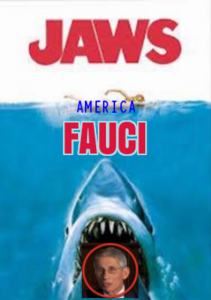 impeachment,” are the same Deep State operatives and their puppets who are now spreading unwarranted fears about Coronavirus that has about as much chance of killing a healthy person as the common cold or flu virus. This fear campaign however, is not limited to the Deep State, it is much broader in scope. This Coronavirus campaign is being perpetrated by the globalist elites in an effort to stop the independent nationalist movements in the U.S. (President Trump), and in the U.K. (Brexit) for the purpose of keeping the Western nations united under centralized government, the New World Order.

During President Trump’s term, many liberals have gone on record stating that they hope the economy crashes, so that it will make Trump look bad.

The Coronavirus fear campaign has worked in America. Many sheople are living in fear. The fear campaign has done something quite remarkable; it has separated the lions from the sheep, the Constitutional patriots from those willing to surrender their liberties for a false sense of security. Incredibly, the land of the free and the home of the brave is not living up to its namesake.

The fake news media would have you believe that the nation’s hospitals are being overwhelmed with Coronavirus cases. Alternative independent citizen journalists are revealing that the leftist mainstream media is wildly exaggerating Coronavirus statistics and is flat out lying about overcrowded hospitals. Independent citizen journalists have revealed that even in Manhattan, New York City’s “crisis epicenter,” where it has been reported that hospitals are overwhelmed with hordes of people lining up to be tested, that this is not the case at all (5:30 mark video).

PROVERBS 28:1 (NKJV):
The wicked flee when no one pursues, but the righteous are bold as a lion.

The mainstream media has a tendency to overhype events. Every hurricane is reported to be a deadly storm with the potential to kill us. Many people live in hurricane proof homes and the media would still have you believe that you need to flee for your lives when every hurricane approaches. What is the point of buying and living in a hurricane proof home, if every time a storm comes, you flee?

FUZZY MATH… The Coronavirus is not a hoax; it is a real disease. However, an overhyped fear and hysteria campaign and an exaggerated 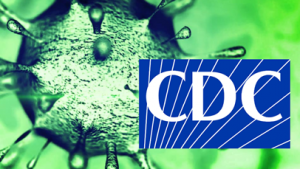 Coronavirus death toll are being perpetrated on the American public by the Centers for Disease Control (CDC). People die every year. Many deaths in 2020 are being ATTRIBUTED to Coronavirus, but not all of these deaths are being CAUSED by Coronavirus.

FOLLOW THE MONEY… Government officials, the CDC, hospital administrators, doctors, and many others are in on the Coronavirus fear campaign and exaggerated sick and death toll deception. Coronavirus Task Force team members Dr. Deborah Birx and Dr. Anthony Fauci both sit on boards that have received billions of dollars from Bill Gates’ foundation. Gates is an advocate for a public lockdown during the Coronavirus outbreak and is a proponent of introducing vaccines to combat Coronavirus and future diseases. Gates was dismissive of a treatment for the Coronavirus, Chloroquine, which in trials has shown to be 100% effective in treating Coronavirus. Gates stated in an interview with CNN’s Anderson Cooper, “There’s no magic drug for Coronavirus right now. Let me put it into perspective for the viewers. There has been anecdotal non-proven data that it [Chloroquine] works… but when you have an uncontrolled trial you can never definitely say that it works.”

Well of course Bill Gates does not want Chloroquine to work as an effective treatment and cure for Coronavirus. Chloroquine is a CONFLICT OF INTEREST with Gates’ agenda to push his vaccines on the public.

There is little evidence to suggest that the lockdown has slowed down the spread of the Coronavirus at all. In the warm weather state of

Florida, beaches have been closed and people have been ordered to stay indoors, unless going out for essentials. Since the Coronavirus cannot live without a host in temperatures above 79 degrees, staying indoors in Florida may actually preserve the life of Coronavirus, while going outdoors in warm weather would safely kill it, while not enabling it to be transmitted to other people.

PSALM 140:1-5 (NKJV):
Deliver me, O Lord, from evil men; preserve me from violent men, who planevil things in their hearts; they continually gather together for war. Theysharpen their tongues like a serpent; the poison of asps is under their lips. Keep me, O Lord, from the hands of the wicked;preserve me from violentmen, who have purposed to make my steps stumble.The proud have hidden asnare for me, and cords; they have spread a net by the wayside;they have settrapsfor me.

Before President Trump was sworn into office, the Deep State was determined to remove him and end his America First agenda for the 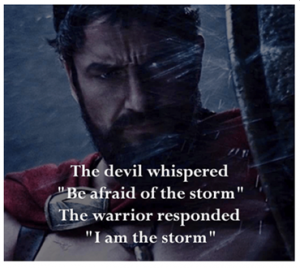 American people. When Russian collusion failed, followed by an alleged Ukrainian aid withholding impeachment sham, they launched their “nuclear option,” which was creating a Coronavirus epidemic fear campaign to quarantine the general public and destroy the economy. The CDC posted job offers for the position of “Public Health Advisor (Quarantine Program)” on November 15, 2019, fully a month before Covid-19 was first detected. Faced with a tidal wave of a frenzy of fear that was created when Coronavirus was first reported on, President Trump had no choice but to go along with the CDC experts’ advice and lockdown the country.

JOHN 19:1,12 (NKJV):
So then Pilate took Jesus and scourged Him. …
From that point on Pilate sought to release Him, but the Jews cried out, saying, “If you let this Man go, you are not Caesar’s friend.

President Trump now stands at a defining moment of his presidency and America’s future hangs in the balance. Having scourged America with a lockdown of businesses and restrictions placed upon American people’s Constitutional liberties, in order to appease the Deep State, the CDC, and the leftist mainstream media mobs, Trump must now once again confront his enemies. The CDC and the leftist mainstream media are advocating that the country shut down for months, and some are suggesting that we shut down the country for years. It is clear that the Deep State, the Democrats, and their operatives are politicizing the Coronavirus outbreak in order that it can be used to transform the United States into a socialist / communist nation, whether or not Trump remains president. 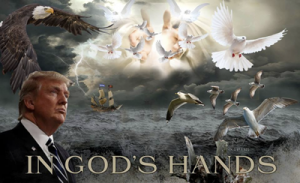 President Trump is either going to placate the socialist hordes and allow American freedom and capitalism to be crucified, or he is going to stand up to the socialist enemies within, get America running again, and keep America great.

President Trump needs to deliver his version of, “The only thing we have to fear, is fear itself,” speech, to alleviate the Coronavirus fears gripping many in the nation. President Trump also needs to understand, if he doesn’t already, that many of the people he is working with, even those on his own Coronavirus Task Force, are not looking out for the best interests of the American people. Dr. Fauci has made many wild unsubstantiated claims about the Coronavirus, which has spread unwarranted fear among the American public.

The American people elected Donald J. Trump as their president, not Dr. Fauci of the CDC. It is time for President Trump to step up and say, “You’re fired!” to Dr. Fauci. The American people elected President Trump to drain the swamp, not work with the dark forces of the Deep State. Now is the time to pray for President Trump, that he is strengthened to fight the Deep State enemy, that he puts an end to the fear that plagues America, and that he finds the right words to once again lead America to greatness.