Europe Is Finished: America Is Next

Europe once again has entered the Dark Ages. Europe no longer is the old Europe. It is just a matter of time that Europe falls into the hands of the Islamists. There is nothing we or anyone can do to reverse this process. America would be better off to save itself than following the path of Europe. Much of Europe is already past the stage of being rescued from Islam. Let us not fool ourselves, Europe will become an Islamic continent in our life time.

Immigration based on merit can strengthen a nation. Immigration from third world countries by lottery, 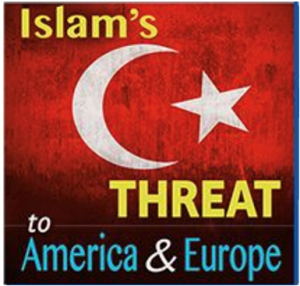 can destroy a nation. Recent massive Muslim migration into Europe has completely altered and reshaped itself and its culture. It is almost unrecognizable. Wherever Muslims go, so goes its ethos.  You cannot separate Muslims from Islam. Islam is a monolithic-cult: the barbarian culture of Islam. As Islam gains more power, it will inevitably impose itself and its ways on all others. Islam should have been eradicated from the face of the Earth hundreds of years ago. But it is here and it is making inroads in traditionally non-Muslim lands. Islam is a dangerous ideology that erroneously is referred to as a “religion.” Forget the peace.

Here we must ask ourselves, why Muslim countries do not replicate America’s lenient laws to build churches and synagogues in a non-Christian land?

As much as President Trump has a passion for the economic trade deficit, wouldn’t it also be reasonable to commit to the same type of arrangement with Islamic countries in an equitable and comparable trade with regard to churches and mosques?

Question: Why is it that these followers of Allah don’t mention any other religions beside Islam for the privilege they are seeking?

Answer: Because to Muslims, Islam is the super-religion and final religion of Allah. Judaism and Christianity are the only other two religions that are granted a grudging minimal recognition by Islam. All other religions and those without religion are considered blasphemy and blasphemous by the faithful.

In a non-Muslim land, Muslims are completely taking advantage of Western equanimity and acceptance of customs and traditions that are not their own. They use the same provisions of the law that are intended to protect a legitimate religion and enhance liberty, but it is completely the opposite. Its mission, as it was 1400 years ago, is to conquer the non-Islamic lands.

Presently, America is faced with a Trojan horse called “Islam.” Regrettably, we have a long history of protecting religious freedom which still clings to the “hands off” policy of leaving any doctrine or practice billed as religion alone. A thorny problem is in deciding what constitutes a religion and who is to make that call. This is an important question that must be researched, evaluated and provides a result to the American people.

What Attracts People to Islam?

Excellent question and hard to answer. Many may not quite understand, but Islam is like a contagious disease. Once it invades the mind of its victims, it can transform them into helpless pawns that have no choice but to execute what they are directed to do. 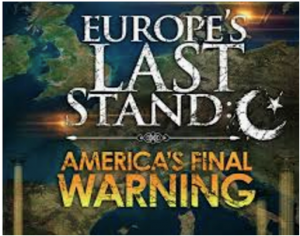 Nearly 270 million people have been murdered since the inception of Islam, 1400 years ago. It is also true with Islam. Muslims are the main victims of Islamic ideology. The political nature of Islam, just like fascism and communism, is a dysfunctional creed that needs to be discarded. Islam’s charter Quran is the root cause of Islamic violence, just as Marxism was the root cause of international Communist totalitarianism. Of the reported 1.5 billion Muslims in the world, millions are already trapped in the terminal stages of this affliction, while millions more are rapidly joining them while still other millions are being proselytized.

Islam Is a Mental Disease

The people enslaved with the extreme cases of Islamic mental disease are highly infectious. They actively work to transmit the disease to others, while they themselves engage in horrific acts of mayhem and violence to demonstrate their unconditional obedience to the dictates of the Islamic cult. A devout Muslim does not and cannot believe in freedom of choice. In the ideology of Islam, “submission,” leads everything up to Allah, as clearly and repeatedly stipulated in the Quran. The raison d’être for the Muslim is unconditional submission to the will and dictates of Allah.

Many Europeans are fleeing their ancestral homeland ahead of the Islamic fire which is engulfing their countries. These are the affluent and the ones with foresight. Others are either oblivious to the threat, aim to accommodate it as the holy grail of multiculturalism, or will end up one day seeing themselves in the fight of their lives. For Islam does not believe in multiculturalism. And there will be those who will eventually wake up from their stupor, they will either completely capitulate or fight the Muslims in bloody block-by-block, street-by-street battles.

Fellow Americans: I have been sounding the alarm for nearly 25 years. This is our last chance to do all we can to prevent the Islamic fire from devouring our civilized democratic republic.