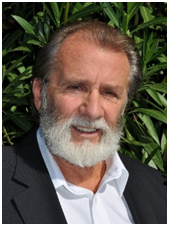 Note: After others read Part 1 of my story I was surprised that so many people responded. All of the Emails I received were negatively written against the FBI. There was not one person that wrote to me in a negative way. Once again here is my E-mail address if you wish to respond. It is unfrend1@yahoo.com

Shortly after my first book was released I was residing in Port Ludlow, Washington. My friend Private Investigator, Mike Mohr and I were enjoying a beer in the Valley Tavern when a large group of men entered. Observing their profiles and demeanor, both Mike and I almost simultaneously said, “cops.” The group ordered pitchers of beer and began to play pool.

The inside of the building was warm and when the officers took off their coats one had an emblem on his shirt that said “Northwest Law Enforcement Command College.” I was curious, and being a fair pool shot, I challenged the table. Soon I was engaged in conversation with several of the officers. It turned out they represented several Washington State law enforcement agencies that were attending an FBI Command College at the Port Ludlow Resort, the same resort where I kept my Sailboat.

The next morning I worked on my sailboat for a while. It was just a short walk to the resort from my boat, so I ventured over to the resort meeting facilities to survey the conference. That day was the last of the three-day conference and there was a dinner scheduled for that evening.

I showed up in slacks and sport coat with two cases of my book, Walking on the Edge. I was sure no one would mind if I passed out a few free books to the officers in attendance, some of whom I knew. To my surprise when I entered the dining room, there was FBI Special Agent, Thomas M. Kuker. I approached Kuker and introduced myself. Kuker responded by stating:

“Would you mind if I pass out a few free books to some of the officers I know?”

“Yes, I would. Will you please leave?”

“Does that mean I don’t get to stay for dinner?”

Kuker was really upset. He informed me that not only was I not welcome, but also he didn’t like my book. I wasn’t going to be intimidated by a representative of an agency that had been involved in trying to put me in prison or by a man who had consistently avoided helping the victims of domestic terrorism. There are some very good FBI agents; however, my criticism has always been directed at the leadership, and, as head of the Seattle FBI office, Kuker fit right in.

I went to the reception area of the resort and was followed by two of Kuker’s agents. Once in the lobby, I moved a table towards the entrance of the dining room and began putting my books on display. The agents reported back to Kuker, who immediately called the resort’s food service manager Mark Torres. Mark and I knew each other. Being the professional he is, Torres asked me to leave as the FBI had requested.

“Mark this is the lobby, therefore open to the public. Unless I am causing a disturbance there is no reason for me to leave.”

I explained the situation to Torres as I handed him a free book and told him that I was just giving away books. As I looked toward the end of the room, there was Kuker and the two agents staring at us. Torres proceeded back to where Kuker was and again engaged in conversation.

It was not acceptable to Kuker that I be allowed to stay in the lobby of the resort, telling Mark to have me arrested.

After Torres explained to me he would have to do as requested, I told him, “Go tell Kuker I’m not leaving. Can you imagine what tomorrow’s headlines will read, Local Author Arrested at FBI Convention.”

Acting as negotiator between Kuker and myself, Torres told the FBI agent what I had said. Kuker was visually upset and, according to Torres, he said, “Let him give away his f**king books.” The dining room doors closed. Kuker may have been in charge, but against his obvious frustration, when the dining room doors opened, I was there. A large number of the attending officers lined up to receive their free copies of my book. Kuker wasn’t in line.

Port Ludlow is located on the Olympic Peninsula and the return trip to Seattle is by the Kingston/Edmonds ferry. The next morning I was in line early headed for Seattle, as were many of the officers that had observed the confrontation between Kuker and myself. They invited me to have coffee with them. During the ferry commute I was surprised; each one of the eight officers were totally in support of my actions. One gave me his Northwest Law Command College shirt (shown) as a remembrance and others chuckled while congratulating me for challenging Kuker and his cronies.

When it came to the Unabomber information the FBI was so convinced my information was correct; they sent undercover agents to Missoula, Montana. One of those was Special Agent Candice DeLong who had joined the Bureau in 1980 and had worked with Agent Don Glasser on other cases. (Both she and Glasser had been involved in the investigation and arrests of the Puerto Rican terrorists Clinton released from prison in 1999).

After meeting with Agent Glasser I decided not to wait for the FBI to act. I believed if I could get an article in the press it would push the FBI into acting. On August 2, 1995 I called Cynthia Hubert a reporter for the Sacramento Bee about what was labeled the “Eco-F**ker Hit List.” Of the 12 company names on the list, two of the top three were the last victims of the Unabomber. I didn’t believe this to be a coincidence. Cynthia’s story ran the next day.

The reason I am submitting this story is because of the series that just aired on television about Theodore Kaczynski the Unabomber during September of 2017. The series claims to be taken from a true story. However, there are portions that are totally inaccurate and there is obsoletely no truth within those portions of the TV series. The FBI was given all the credit for finding Kaczynski in the series, when in fact it was others including U.S. Senators Burns (MT) and Gorton (WA) who helped figure out who the Unabomber actually was.

Another dishonest story aired on Fox News on March 14, 2018 when a retired FBI Agent Jim Fitzgerald was introduced as the agent that discovered who and where Theodore Kaczynski was during his arrest. Fitzgerald was the featured FBI Agent in the 2017 Unabomber series.

I believe these are blatant lies by government officials just as the many others prior to the FBI’s false claim that they did all the work. The Unabomber used the list to select his last two victims and a copy of the list was found in Kaczynski’s cabin when it was searched.

Earth First claims this edition of Live Wild or Die (LWOD) was not of their doing, however that is simply not true. The LWOD publication containing the “Eco-F**ker Hit List” was given to me by long time Earth Firster Mitch Friedman.

Prior to admitted Unabomber Theodore Kaczynski’s arrest I had profiled him with the help of the late Tony Snow of Gannet News Service and as a result, the FBI was aware that he had attended a radical environmentalist meeting on November 10, 1994 in Missoula, Montana, 30 days prior to his assassination of Thomas Mosser of Burson·Marsteller.

When I ask retired FBI agents, “Do you know if the Unabomber’s brother turned him in before the information I gave the FBI regarding Kaczynski. I was told that my Information was used first.”

The response from both was almost identical, “They had made Kuker’s wife the case agent well before the brother (Kaczynski’s) talked with retired agent Clint Van Zant.”

This is very relevant as FBI agents gave my information to Kuker well prior to his wife took over the case.

It should also be noted that during the last two weeks I have talked with White House staff on two occasions. It is rewarding to know all my stories have not gone unnoticed.

By the end of the year my new book will be released providing the FBI once again does something creative. The following is a draft copy of the cover.