Many mysterious events have transpired during my life as a result of law enforcement investigations that I have been involved with. The events were of a serious federal nature that cost many individuals their lives. While I was the main investigator in many cases I was seldom mentioned and did not receive credit for the work I accomplished. Instead many others took credit for my work with the Peltier murder case and the Unabomber case.

It wasn’t until the first part of 2018 that I discovered why. As explained to me by agents of the Alcohol Tobacco & Firearms (ATF) and retired FBI Agents there has been a very negative piece of information into my FBI Bureau file regarding myself. This one piece of information has cost me tens of thousands of dollars in potential work, both as a law enforcement officer and as a Montana licensed private investigator.

It all began when at one point of my life I became the recipient of information relevant to the Leonard Peltier murder case. Peltier a Native American who has currently spent forty two years in a federal prison for murders I firmly believe he did not commit. That belief is based on confidential intelligence information from the late FBI infiltrator Doug Durham, two FBI Agents and one sheriff along with ballistic reports of the shooting. Peltier was convicted of the murders of two FBI Agents (Williams & Coler) at the Pine Ridge Reservation in South Dakota.

What transpired on October 22, 1988, Montana’s Park County Sheriff Charlie Johnson had requested my help in obtaining intelligence information on drug trafficking within his county. During that time a Park County, Montana rancher Allen Carter had approached me and offered me the opportunity to purchase an AR-15 rifle that had been converted to a full automatic machine gun. Carter gave me the weapon on condition it could be tested before purchase. When my boss Sheriff Johnson refused to accept the weapon from me when I tried to turn in the illegal weapon he then ordered that the gun be returned to Carter. There was no choice in my mind so I turned the machine-gun over to Gary Lincoln of the FBI in Butte, Montana. My belief was that Lincoln would order an investigation but nothing happened until 18 months later, at which time charges were filed against me by ATF for stealing it from Carter and converting it which is totally bogus.

Eventually, I sued and at the end of the investigation there was an out of court settlement from all concerned. Each of the counties involved gave me a check and Carter made payments for quite some time. As part of the settlement Park County Attorney Nels Swandal sent my attorney John Doubek of Small, Hatch, Doubek & Pyter in Helena, Montana a letter of apology.

During those 18 months federal agents discovered that I had obtained information about the Peltier case that they apparently didn’t want made public, therefore the fictitious investigation was contrived. Primarily their concern was the information in my files about the Peltier case. The purpose of the fictitious investigation as it was discovered later was to protect two brothers, John and Doug Durham, who are featured in this story. According to Carter himself, and other firsthand witnesses, John Durham had purchased fully automatic machine guns from him before. Doug Durham was an FBI infiltrator in the American Indian Movement (AIM) starting in 1973.

In the summer of 1988 during a conversation with Madison County, Montana Sheriff Lee Edmisten leaned over and in a secretive tone of voice asked,

“You know Durham? What do you know about the ballistic reports… you know, the killing of the FBI agents at Pine Ridge?”

What was Edmisten talking about? I knew nothing about FBI agents being killed and certainly had no idea what Pine Ridge had to do with John Durham. As the realization of what Edmisten was talking about sunk in, he said:

“Ballistic reports show it was Durham’s gun that killed the agents. Durham did it.”

I had never said anything to anyone about any ballistics reports so Edmisten’s comment was a shock. In reality, Edmisten was talking about Doug Durham, not John. My first question to Sheriff Edmisten was to ask where he got his information. He replied, “Someone told me,” refusing to completely answer the question. Less than one month later during a visit to Edmisten’s home in Sheridan, Montana he told me he had received the information from FBI Agent Gary Lincoln who was located in Butte Montana.

Several months following my conversation with Edmisten, Dallas, Texas FBI Agent Dave Gillis and I discussed that conversation and the Pine Ridge ballistics report. After explaining to Gillis that Edmisten had told me it was Durham’s weapon that was used to kill FBI Agents Ronald Williams and Jack Coler at Pine Ridge, Gillis told me he did not know agent Lincoln or Sheriff Edmisten, but he did confirm the information was correct, it was Durham’s gun. On two occasions, he told me it was in fact Durham’s weapon. Here were two FBI agents who did not know each other and both had the same information about Durham’s weapon. This was not just a coincidence.

While many say, it is common knowledge that the “AR-15” allegedly used by Peltier to kill the FBI agents could not be linked to a .223 shell casing found near the bodies. It has also been said that an FBI communiqué invalidated the testimony of the FBI ballistics expert at Peltier’s trial and that information about the ballistics report was illegally withheld from Peltier’s defense.

What is not common knowledge is that the ballistics report shows the gun in question, according to Gillis, Edmisten, and apparently Lincoln, was in fact Doug Durham’s.

The questions I had, and still have, are if Edmisten got the information about the ballistics report from Lincoln, as he stated, how did Gary Lincoln know about Durham’s weapon? How did Lincoln know of my relationship with Doug Durham, and how did he know that it was Durham’s weapon that was used in the shooting of two FBI agents? Was all of this information common knowledge within the FBI?

As a result of my belief, I began to experience many unexplained problems with the U.S. Department of Justice, only to learn that the problems were allegedly a deliberate, orchestrated attempt to keep me quiet about the deaths of the two FBI members many years in the past as well as the information I possess related to the Unabomber case. This is the case where Theodore Kaczynski sent bombs to numerous individuals through our country. I will explain this in The Next Two Parts of This Story of this continuing story.

During the recent part of 2017/18 the FBI has been criticized for many actions the agency has taken against numerous political figures. I have been trying to expose what the FBI has done to me for several years. It began when I became the recipient of information related to the “Incident at Pine Ridge.”

Another possibility related to what the FBI has done to me is the confrontation I had with FBI Special Agent Tomas Kuker at an FBI Law Enforcement Command College at the Port Ludlow Resort in Washington State. I will explain the confrontation between myself and Kuker in The next Two Parts of This Story of this story.

In late 2017 I received a surprise phone call from an ATF Special Agent who is a “Certified Fire Investigator.” I was asked if I would consider helping with investigating many of the recent arson fires in California. The fires have cost companies millions of dollars in damage. Some where the Earth Liberation Front (ELF) has taken credit and I have been very successful with investigating crimes committed by the ELF. As expected I did not receive an answer when I wrote to the FBI Director Christopher Wray in Washington D.C. and to FBI Special Agent Sean Ragan in Roseville, California.

The following is a copy of the letter sent to both Special Agents.

This is a difficult letter to compose as I usually support the FBI. There is however information that has come to light that agents within the bureau have done their best to discredit me and that is unacceptable. My new book has all of this information in it, the title being:

As your staff can read, my information and that of two U.S. Senators had the pertinent information that Agent Clint Van Zant used to solve the Unabomber case. I gave the information to Agent Don Glasser who at that time was on the Case. Agent Tomas Kuker immediately took him off the case and put his own wife in charge. Documents show that I gave the information to the FBI prior to his brother coming forward. I was working undercover and I know where Kaczynski was on November 10, 1994 just 30 days prior to him killing Tomas Mosser of Burston-Marsteller

I also have the documents that show the FBI is responsible for some federal prisoners being incarcerated when they are in fact innocent. There are just too many lies being spread and before my book is published I would like to take care of the lies. That can make the book a very honest/interesting piece of information for the American public to read.

I have been offered a job with a Federal Agency and members of that agency have told me they cannot hire me as a result of derogatory information supplied to them by the FBI.

Will you please make an interview with you or someone within your agency possible? I hope to hear from you by May 15, 2018 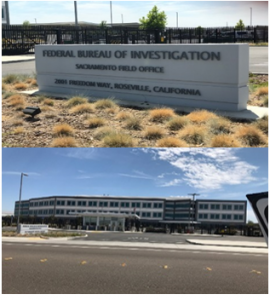 Thank you in advance for your help:
Barry R. Clausen

By the end of the year my new book will be released providing the FBI does not do something creative. The following is a draft copy of the cover.